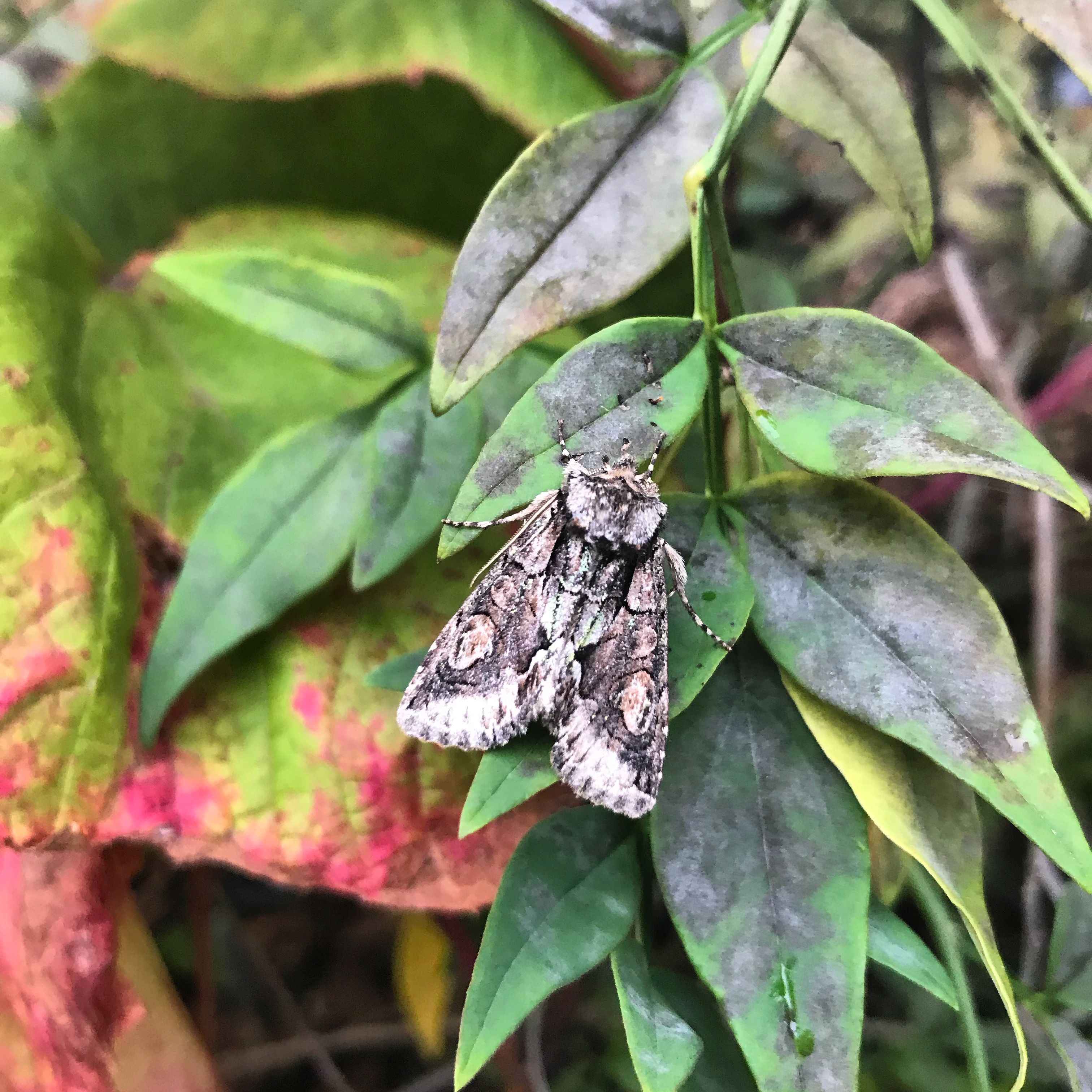 October 2017 was another mild month with some stormy weather that closed the Garden on a couple of occasions.  It was warmer than average, with below-average rainfall (53.2 mm, or 67% of the long-term average total). There were a further twelve definite additions to the Garden’s wildlife list — ten moths, one gall midge and one gall mite — which therefore increased from 919 to 931. As well as these, there was the first confirmed record of a particular species of water beetle.

Mammals and amphibians: Both House Mouse (6th) and Fox (13th) were recorded once during October and Badgers were nocturnally active grubbing up the grass throughout the month. No amphibians were seen. 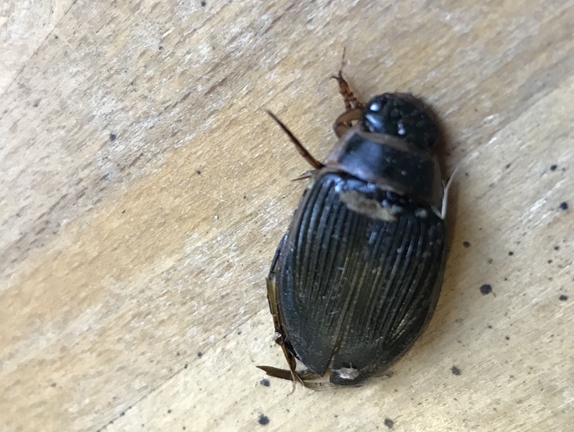 Insects and other invertebrates: Red Admiral was the only butterfly species recorded at RBGE during October, on at least six dates (3rd, 5th, 6th, 8th, 9th and 12th). Moth trapping continued every Thursday evening, and this yielded six new Garden records: Green Brindled Crescent (13th), Yellow-line Quaker (13th), Mottled Umber, November Moth and Pale November (all on 20th, with unidentified November moth aggregates being trapped also on 13th and 27th), and Feathered Thorn (27th). Other new moth records were a European Pepper Moth in the shop on 5th, presumably accidentally introduced with plant stock and probably the first Midlothian record for this alien species, and a Blair’s Shoulder-knot on a wall near the East Gate café on 13th that is potentially only the second Midlothian record of this species, which is still rare in Scotland but rapidly spreading northwards through England. Apart from all these new Garden records, other moth records included Willow Beauty (13th), Dark Sword-grass (13th), Common Marbled Carpet (20th), Copper Underwing (20th), Spruce Carpet (20th), Silver Y (13th), Beautiful Plume (20th) and The Chestnut (23rd). Four leaf-mining moths were also identified from their mines, two of them (Common Oak Pigmy and Sycamore Midget) being new Garden records. A few Honey Bees, Buff-tailed Bumblebees and Common Carder Bees remained active during October and single individuals of Tree Bumblebee and White-tailed Bumblebee were seen on 6th. Some Common Wasps were also seen throughout the month. Five hoverfly species were seen; once again, the most frequently recorded was Banded Hoverfly (five dates). The two common autumn drone-flies, Eristalis pertinax and Eristalis tenax, were actually rather uncommon in October, being spotted respectively only twice and three times. There were single records of Marmalade Hoverfly Episyrphus balteatus and Chequered Hoverfly Melanostoma scalare, both on 18th. October’s few other fly records included the bluebottle Calliphora vicina on several dates, an unidentified cranefly (most likely Tipula paludosa given the time of year) caught in the moth trap (27th), and two more records of the dance fly Tachypeza nubila on birch trunks. An adult Gorse Shield Bug was seen on 12th, a Hawthorn Shield Bug was in the moth trap on 13th and a Common Flower Bug was also recorded on 13th – the latter being unusually small for the species. The leafhopper Edwardsiana flavescens was seen on the hornbeam hedge on 18th. A diving beetle found on 20th turned out, after examination of the excellent photographs, to be the first definite record of Dytiscus semisulcatus (Black-belly Diving Beetle) for the Garden; a diving beetle recorded during the 2013 BioBlitz was either the same species or the Great Diving Beetle (Dytiscus marginalis) but could not be identified with certainty.  This unfortunately means that October 2017’s Black-belly sighting cannot be treated as a new Garden record. October’s only other beetle records were another Devil’s Coach Horse (11th) and another Vine Weevil (9th). The only barkfly record in October was of Ectopsocus briggsi on 13th. An examination of a box bush in the Copse on 13th revealed heavy infestation by Boxwood Spider Mite as well as a few galls caused by the Box Leaf-mining Gall-midge — both of them being new Garden records. Five other gall-mites were identified from their galls on different trees and shrubs while the mines of 16 different leaf-mining flies were recorded in October. 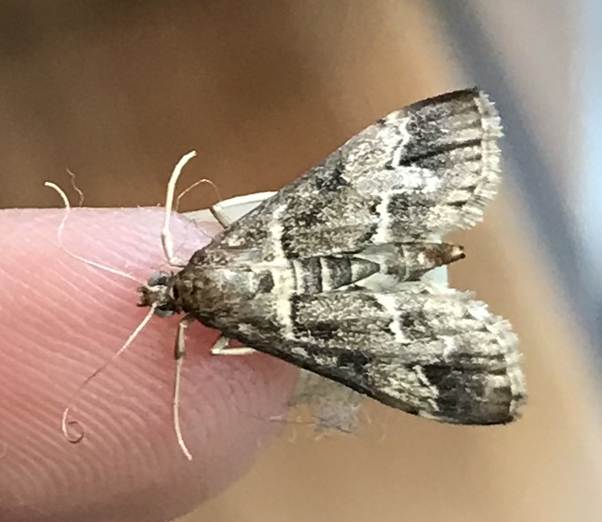