Just like last year I missed the construction of the mandala which makes it even more magical to stumble on. It was constructed on Monday and these photos were taken on Thursday as it is just starting to show its ephemeral nature. It is one of those garden features that really makes me happy. Many thanks to Karen and Therese for constructing it. (Click the images to enlarge). 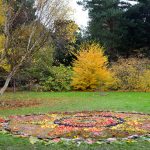 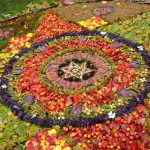 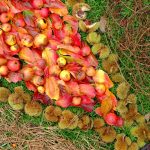 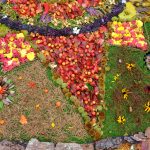 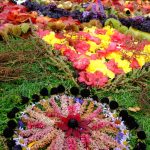 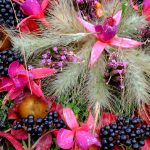 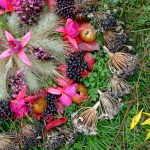 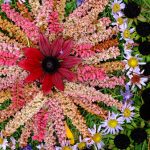 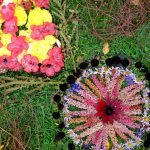 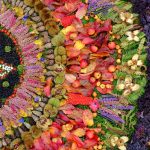 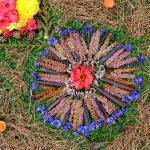 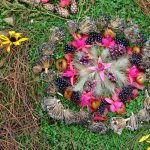 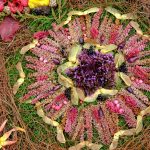 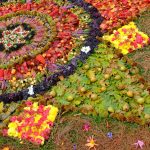 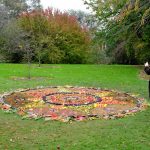 About the mandala from our What’s on guide:

The word Mandala comes from Sanskrit and means ‘circle’. Mandalas are used as spiritual tools in Hinduism and Buddhism, as aids to meditation. They consist of colourful patterns and symbols organised around a unifying centre. Buddhist monks traditionally make them out of sand, which may then then be brushed away as a representation of the impermanence of life. Mandalas made from natural materials are usually left to return back to the earth; some materials will be eaten by animals and the rest will gradually decompose. Here in the Royal Botanic Garden the Mandala will be made from fallen and dying plant materials such as leaves, pine cones, apples, berries, dried flower heads, and flowers and vegetables which are being cut back. As this is a formal garden, the Mandala will be respectfully cleared away by the horticultural team when they feel it is past its best, rather than being left to decay naturally. Autumn is the ideal time to make a natural Mandala because of the abundance of colourful fallen plant material. In our troubled and over exploited world we hope that the Mandala will be a symbol to remind us of our dependence on the earth’s trees and plants, and the need to protect them.

If you are quick you can see the mandala at the location shown in the map below.