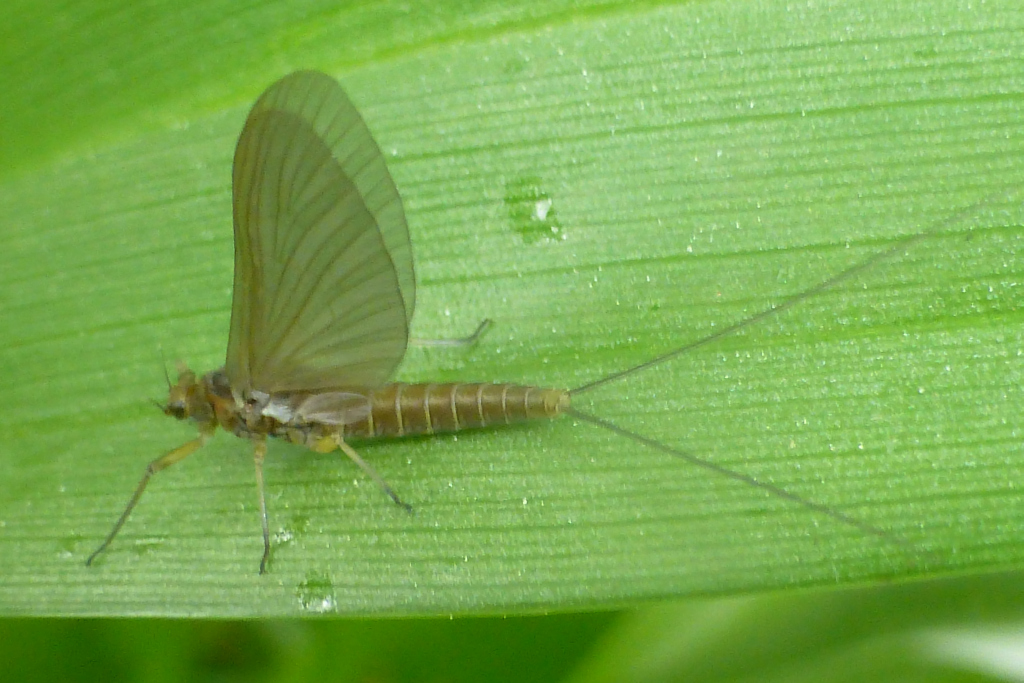 May 2017 continued the dry theme of Spring 2017 at Edinburgh. There were a few wetter days, but the ground remains very dry unless watered artificially. The last week of the month, around the Bank Holiday weekend, was very hot while the rest of the month varied from cool to quite warm. Another ten species were added to the full Garden wildlife list, raising the total from 878 on 30 April to 888 on 31 May. 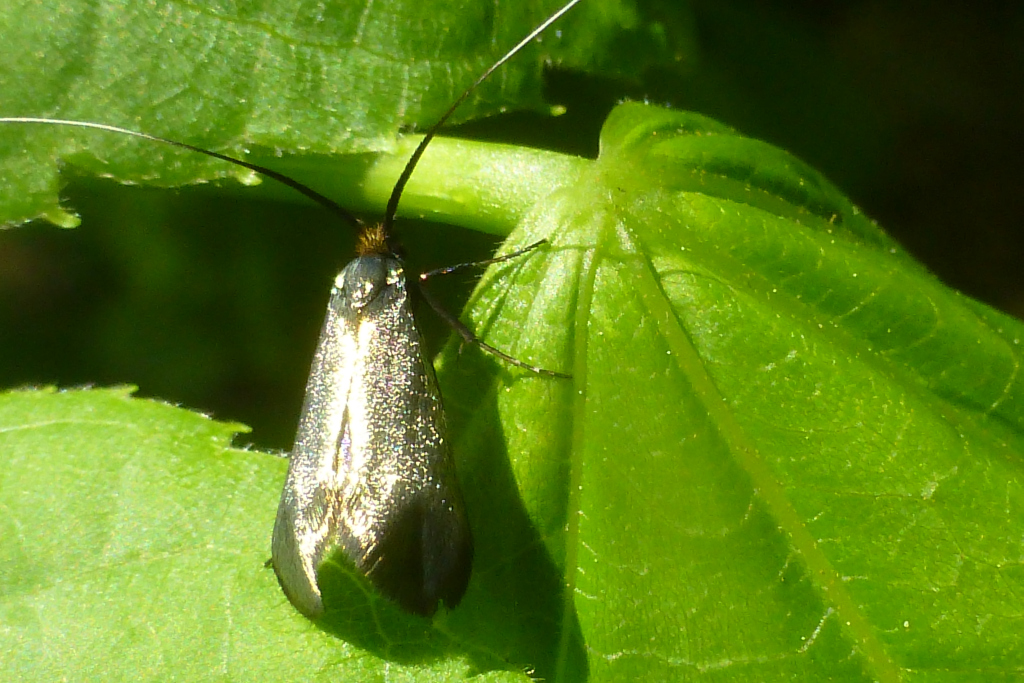 Insects and other invertebrates: Three butterfly species were recorded during May: Red Admiral on 4th and a hatching of many on 31st, Orange Tip on several dates from 6th, and Small White on 26th and 31st. Moths accounted for three of May’s new Garden records. One of these, Horse-Chestnut Leaf Miner, was a worrying record of this rapidly spreading alien pest that has been ravaging horse chestnuts in southern England. The other two were Fairy Longhorn (16th), and White-spotted Pug, recorded on 25th by David Notton of the Natural History Museum (London) while he was on a visit to our city. Other moth records during May were Nettle-tap (17th), Angle Shades (19th) and the year’s first Silver-ground Carpet (24th). Honey Bees, and several common bumblebee species were recorded throughout the month. Tree Bumblebee became very abundant in the second half of the month and the presence of a nest on the RBGE estate was confirmed on 31st. Solitary bees and allies included Chocolate Mining-bee on 2nd, Ashy Mining-bee on 17th, Red Mason Bee on 23rd and 25th (the latter one of David Notton’s records), Orange-legged Furrow-bee (25th, again  by David Notton) and White-footed Green Furrow-bee on 23rd – this was a new Garden record and looked quite unlike any other bee previously seen in the Garden because of its metallic green appearance. The wasp-like cleptoparasitic bee, Marsham’s Nomad Bee, was seen on 10th and 23rd while David Notton also recorded an unidentified nomad bee during his visit on 25th that was probably the same species. Common Wasps were recorded on six dates and Black Ant twice. Bugle Sawfly was seen in large numbers around a patch of its larval host, Bugle (Ajuga reptans) on the peat walls on 23rd and 24th. It was quite a good month for hoverflies, with about a dozen taxa recorded, three of them being different named colour forms of the highly variable Narcissus Bulb Fly, which tries to mimic several different bumblebee species; these were seen from 16th onwards. The year’s first records of Striped (a.k.a. Footballer) Hoverfly and Marmalade Hoverfly were made on 16th and 31st respectively. Greater Bee-fly was seen on 11th and 16th, on one of the dates flying around a dry bank in which mining bees (Andrena sp.) were nesting and which they parasitize.  Nine other Diptera (true flies) were recorded and identified during May, with five of them being new Garden records. One of these was the dark-haired form of Bibio lanigerus, forma hybridus, also known as Bibio hybridus (11th); the typical creamy-haired form (forma lanigerus) was also recorded (10th). Possibly due to weather conditions, this little fly seemed to have a very short flight period in Edinburgh this year. The same can be said for its much larger relative the St Mark’s Fly, Bibio marci, which was only recorded twice on 17th and 18th, both single individuals – an extremely poor year indeed for this fly which some years ago was present in huge swarms across the Garden. The other four new Garden fly records in May were Phaonia errans on 3rd, Gymnocheta viridis on 11th, Illustrious Greenbottle (Lucilia illustris) on 23rd and the gall of Dasineura irregularis on an Acer species on 17th. Bugs included Forest Shield-bug, Gorse Shield-bug (24th), Hawthorn Shield-bug, Parent Bug (observed mating on 24th), Birch Catkin Bug (24th), and Silver Birch Aphid (18th) while the first evidence in 2017 of Common Froghoppers (their foamy ‘cuckoo spit’ on stems) was seen on 24th. There was yet another record of Rosemary Beetle on 2nd. Other beetles included 7-spot Ladybird larvae on 10th and 23rd, the rove beetle Stenus cicindeloides on 18th and Grey Sailor Beetle on 24th. Two Small Dark Olive mayflies were seen on autumn crocus foliage on 17th, a new Garden record of this mayfly species. Only one barkfly record was made: Mesopsocus immunis on  4th, and no springtails were seen during May. Stripe-legged Spider (Harpactea hombergii), first recorded last month, was seen again on 3rd, while four different gall-mite species were identified from their galls. Finally, a very large specimen of Garden Snail was found on 23rd, and large numbers of White-legged Snake Millipedes were reported. 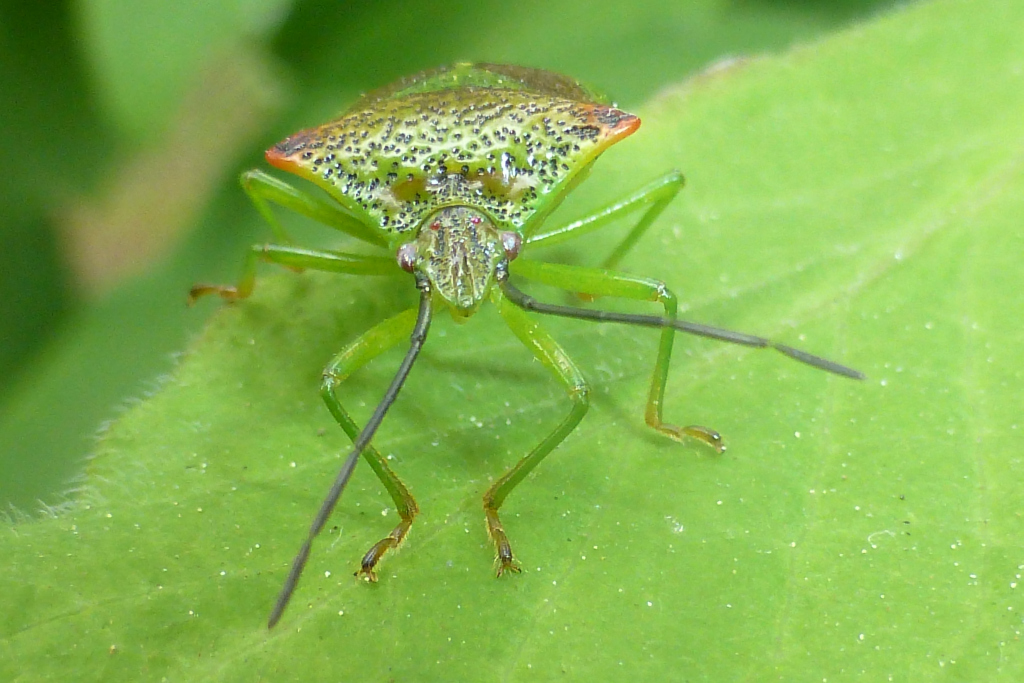