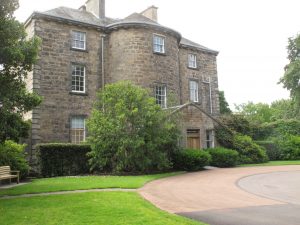 In previous Botanics Stories I have written about the joys of Herbarium Angling, but fusty old botanists do occasionally emerge into the glare of daylight and take a tour of the garden. On such occasions the same thing can happen: a specimen suddenly forces itself on one’s attention that may have been passed by, unremarked upon, on hundreds of previous occasions. And so it was on Friday. It started on my walk to work when, peeping above the parapet of the tall stone wall of the jewel-like Stockbridge garden of Lady Bute, I was surprised to notice some four-pointed cream stars – white bracts forming a cross around the flowers of a strange, evergreen Cornus. Odd because it is now seven weeks since I was on the East Coast of the US, where the spectacular displays of Cornus florida were already almost over, so it couldn’t be that species. Later in the day I had to go to Inverleith House, to write captions for some R.K. Greville watercolours to be included in a forthcoming exhibition ‘Plant Scenery of the World’ celebrating the 50th anniversary of RBGE’s iconic Front Range of glasshouses. On the left of the front door of the mansion a usually unremarkable evergreen shrub was suddenly conspicuous – bearing the same white-bracted ‘flowers’ (actually condensed inflorescences) as those in the Stockbridge garden. 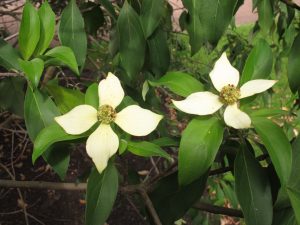 RBGE plant labels, small rectangles of engraved black plastic, are gnomic, but informative when one knows the code. This one read Cornus capitata, family Cornaceae, distribution Himalaya, SW China, ‘W’ (for ‘wild-collected’), and bears two numbers – an RBGE accession number (1995.2647) and ‘FED 331’, which refers to the expedition on which the material (in this case seed) was collected. This caused me to start, as I was actually on that expedition, the acronym standing for the ‘Forestry Commission, RBGE Expedition to NW Yunnan, September 1995’. Back in the herbarium I looked up the field book, and, sure enough, the seed of a ‘multi-stemmed tree to 8 m, fruits red, strawberry-like’ was collected on 19 September 1995, in scrub above the remarkable tufa terraces at Bai Xue Tai, about 100 km SW of the town of Zhongdian (George Forrest’s Chungtien).

None of the participants can ever forget that trip. But not only for the extraordinary geological formation that gleams cream in the midst of dark forest. Calcium-impregnated water trickles down a cascade of marble-walled pools, which resemble super-sized, holy-water stoups of a fantastical Baroque cathedral. Our party was in two jeeps, and on the bone-shaking return journey, on rounding a bend (there are many on Chinese roads), those of us in the second saw a plume of smoke on the road ahead. With horror we realised that the smoke was rising from the other jeep, but in the same glance were reassured that the driver and our colleagues had made a safe exit. The jeep had skidded into a lorry, and in China these have exposed fuel tanks and run, not on diesel, but on petrol: the jeep had severed the petrol pipe of the truck and rapidly caught fire. The people got out, but not the luggage, which included the plant press, at which I was particularly upset as it contained some interesting specimens from the tufa terraces. There were some choice sedges (including a form of Bolboshcoenus maritimus, a surprise, I had never seen it in the Sino-Himalaya previously and in Europe it is a plant of maritime saltmarshes), and what I’m sure was a new species of Juncus. The seed collections, however, were in the safe hands of David Knott in the second vehicle, so the Bita Hai Cornus capitata outside Inverleith House is by way of being a botanical phoenix. 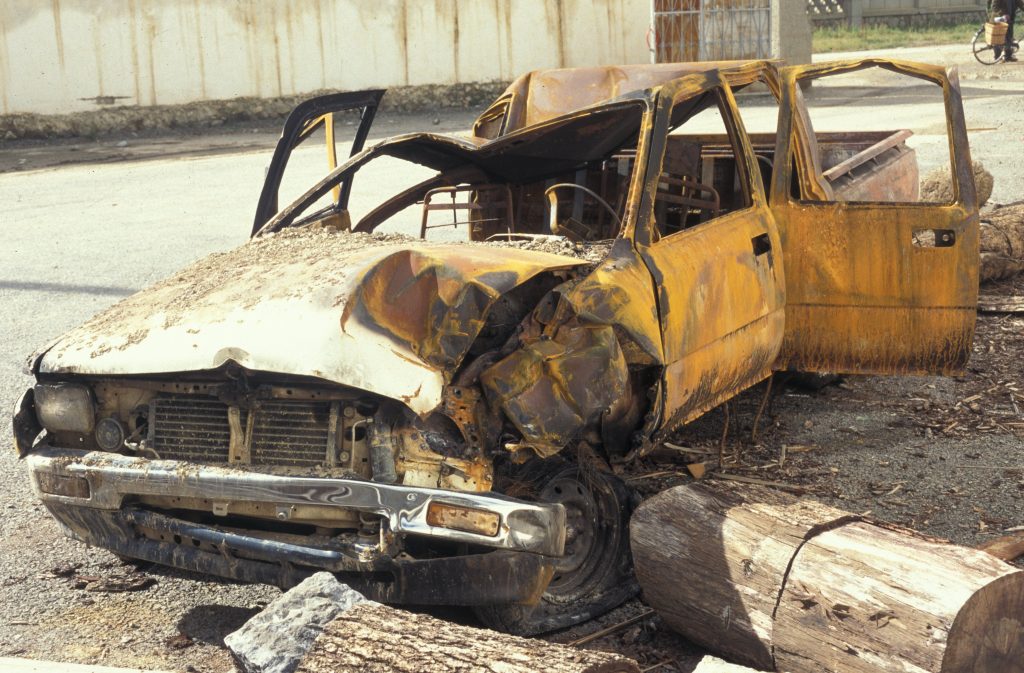 As it says on the label, the plant is Sino-Himalayan, occurring from the Indian State of Himachal Pradesh in the west as far east as Yunnan. It was first described in 1820 by Nathaniel Wallich: one of his own additions to his edition of William Roxburgh’s Flora Indica, based on specimens sent to him from Nepal by the Hon. Edward Gardner. Opinions on the shrub’s generic placement have varied over the years. John Lindley separated the species of Cornus with reduced fleshy petals, petaloid bracts, and a compound fruit of fleshy drupes, into the genus Benthamia (which later had to be renamed Benthamidia), commemorating the great 19th century botanist George Bentham. Lindley based his illustration and description on a specimen growing in the gardens of Heligan in 1825 (before they got lost, and belonged to J.H. Tremayne) and gave the plant a superfluous species name, if an apt one – fragifera, meaning ‘strawberry-bearing’, as we had noted in our fieldbook. Despite this epithet, Lindley’s description stated that the fruit was ‘a good deal resembling that of the mulberry’, which is certainly, botanically speaking, more accurate. The fruits are edible, if unexciting and slightly bitter.