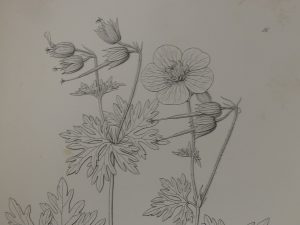 A popular garden plant, with several cultivars, which forms carpets by means of creeping rhizomes. Its large flowers are produced over a long period and the leaves turn a fine reddish colour in autumn. The plant is widespread in Central Asia and the Himalaya, from Afghanistan to Central Nepal. It was first collected by Werner Hoffmeister, botanist on the Himalayan expedition of Prince Waldemar of Prussia in 1845. Hoffmeister was not to return from this, having met an unusual end for a botanist – killed in one of the battles of the Anglo-Sikh War.