A widespread Sino-Himalayan plant occurring in alpine turf at altitudes of 3500 to 4500 metres from Nepal to South-West China, including the Indian States of Sikkim and Arunachal Pradesh. The specific name ‘trullifolia’ refers to the leaves, which, at least in some forms, are shaped like a bricklayer’s trowel. The upper surface of the tepals is commonly yellow, and the lower purplish, but the whole flower turns reddish or purplish with age. 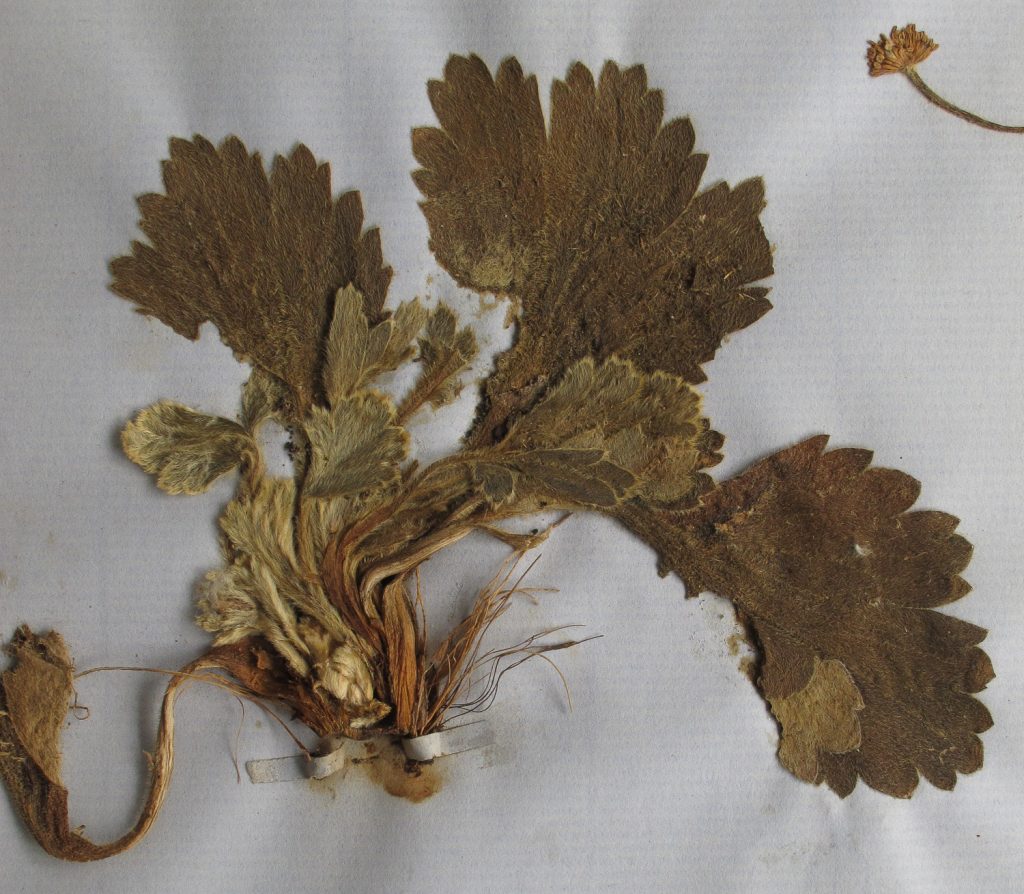 Photograph of one of the type specimens, collected by Joseph Hooker in Sikkim, 1848