This tree was named for the French botanist and writer Victor Jacquemont, who travelled in the Himalaya in 1830. The tree is restricted to the Western Himalaya, occurring from Kashmir eastwards into western Nepal, but the origin of this fine specimen is unknown. Like the British hazel, the edible nut sits in a structure called a ‘cupule’, which in this species is divided into jagged segments. The drawing shown here comes from the collection of the Indian forester Hugh Cleghorn, and was copied for him by one of his Indian artists from the account of Jacquemont’s Travels; in the 1860s Cleghorn recorded that nuts from this species were sold in the bazaar in Shimla. 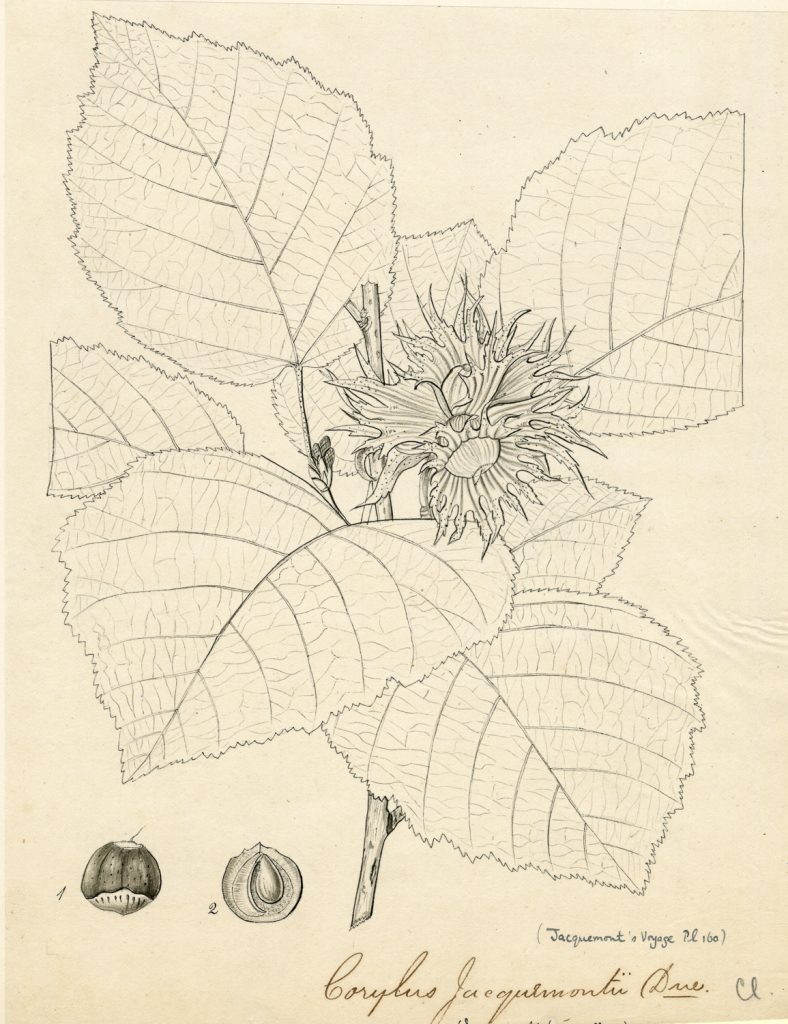