This species has commonly been considered to be one of the parents of the more widely planted London plane (Platanus × hispanica), which has less deeply divided leaves. It is probably native from southern Italy eastwards to Iran, but is planted as far east as Uttarakhand in India. In Kashmir it forms very large trees, where its characteristically shaped leaves have been used as a design for the decoration of silver and carved wood. This specimen was grown from seed collected in Adana Province, south-central Turkey, by Peter Davis and Ian Hedge in 1957. 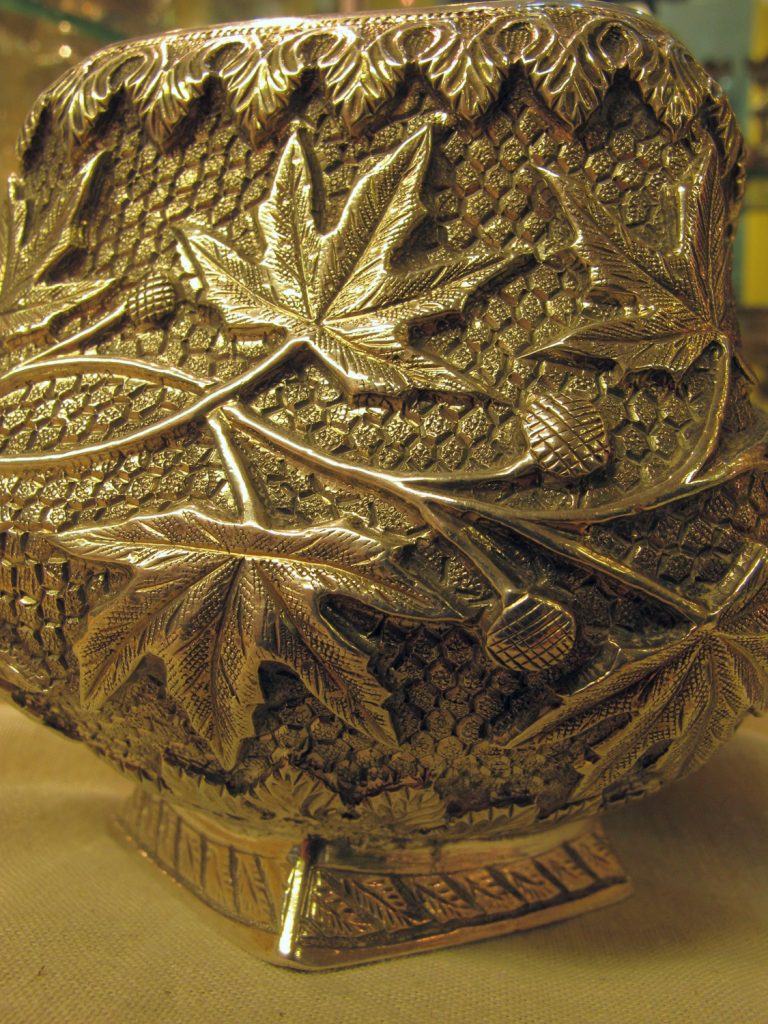 Photograph of chinar on a piece of Kashmiri silver, c. 1880 (courtesy of Wynyard Wilkinson)