Native of the Eastern Himalaya, this species, which has fragrant flowers, often grows as an epiphyte on mossy tree trunks. In cultivation in the West it flowered for the first time in 1853 in a garden in Kirkcaldy, Fife. Joseph Hooker dedicated what he considered to be ‘the noblest species of the whole race’ to Lady Dalhousie, wife of the 10th Earl (and later 1st Marquess) of Dalhousie, the Governor-General of India with whom Hooker travelled out to India in 1847 at the start of his great Himalayan excursion. She was born Lady Susan Hay, one of the daughters of the 8th Marquess of Tweeddale, and was brought up at Yester House, near Gifford in East Lothian. 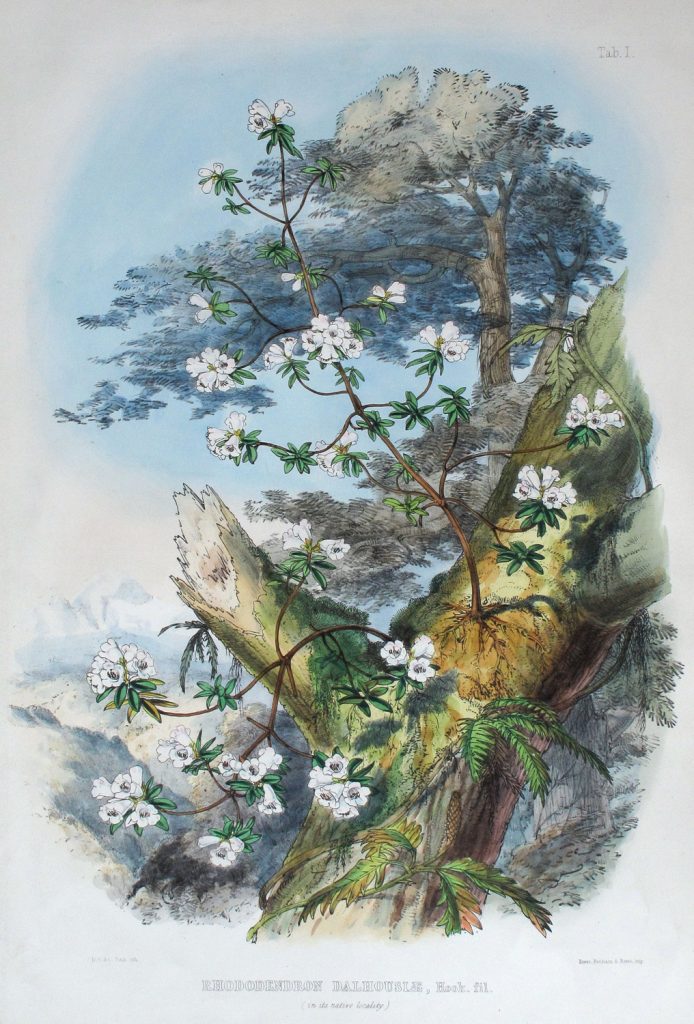 Hand coloured lithograph of Rhododendron dalhousiae by W.H. Fitch, after watercolour by J.D. Hooker, from Hooker’s The Rhododendrons of Sikkim-Himalaya (1849)