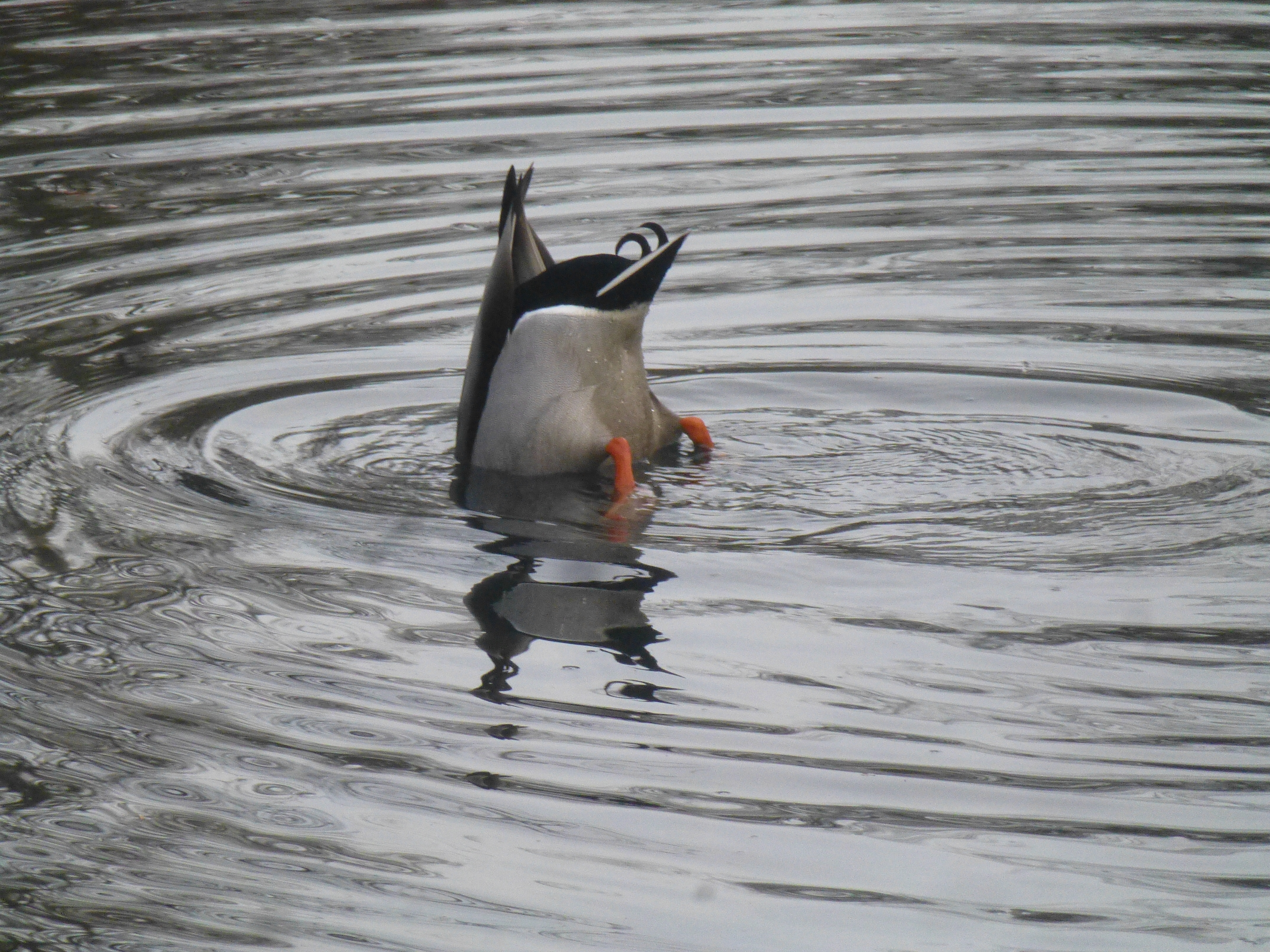 December 2017 was a mixture in terms of weather, with several cold snaps and frosty mornings, as well as some milder spells. Total rainfall was just over 49 mm, three-quarters of which fell on Christmas Eve and especially Christmas Day. Sunshine (59 hours) was above average. Because of the either cold or damp weather, little wildlife other than birds was recorded during the month, and the Garden’s wildlife total remained static at 935.

Birds December 2017 was a much more typical month for bird recording than was November. A  total of 37 species was recorded, which is about average. November’s Pheasant remained for the first week of the month but was not recorded thereafter. Nuthatch was again recorded on four occasions spread through the month, suggesting that this species may be attempting to settle in the Garden. There were several instances of Grey Wagtail, while Kingfisher was seen whenever the ponds were not frozen. Buzzard and Pink-footed Geese both over-flew on 22nd. Tawny Owl was heard hooting on four dates during the month. The complete list of 37 species recorded during December 2017 was: Blackbird, Blackcap, Black-headed Gull, Blue Tit, Bullfinch, Buzzard, Carrion Crow, Chaffinch, Coal Tit, Dunnock, Feral Pigeon, Goldcrest, Goldfinch, Great Spotted Woodpecker, Great Tit, Greenfinch, Grey Heron, Grey Wagtail, Herring Gull, Jackdaw, Kingfisher, Long-tailed Tit, Magpie, Mallard, Mistle Thrush, Moorhen, Nuthatch, Oystercatcher, Pheasant, Pink-footed Goose, Redwing, Robin, Sparrowhawk, Tawny Owl, Tree Creeper, Wood Pigeon, Wren. 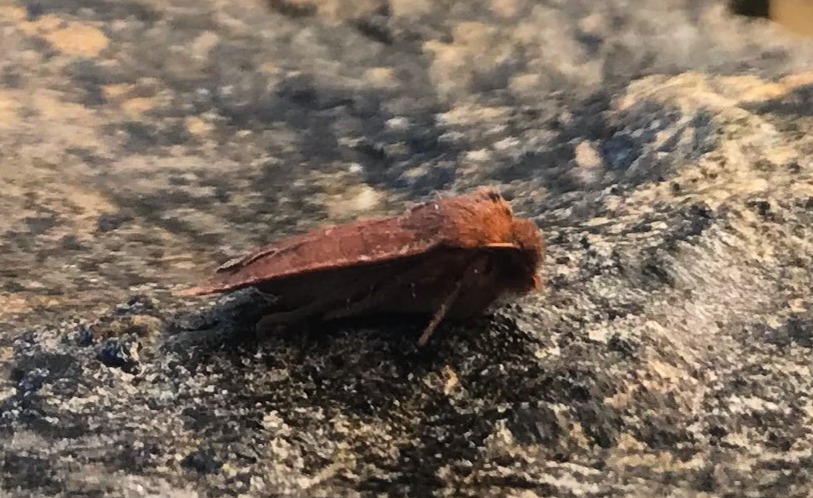 Insects and other invertebrates: December 2017 yielded very few invertebrate records. No butterflies were seen. Moth trapping yielded only two records: a Mottled Umber (the second for the Garden) on 4th, and a single example of The Chestnut on 15th. No bees, wasps, or hoverflies were recorded, while Winter Gnats on 21st were the only other fly seen. December’s only bug record was of a Forest (Red-legged) Shield Bug nymph on 19th. As was the case in November, no beetles, barkflies or springtails were recorded, while the only arachnid was a Running Crab Spider lying in wait for prey on a birch trunk on 19th. 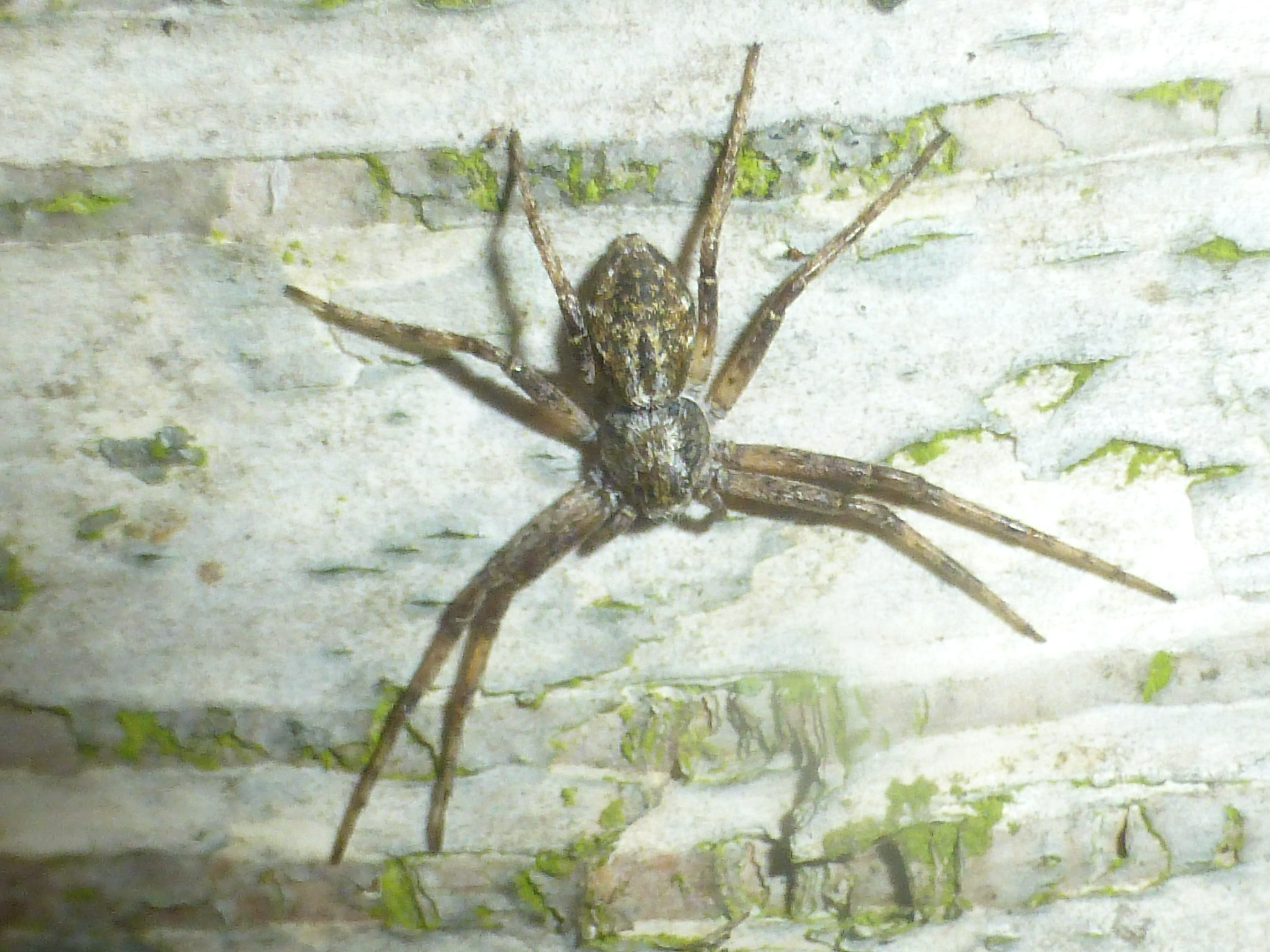