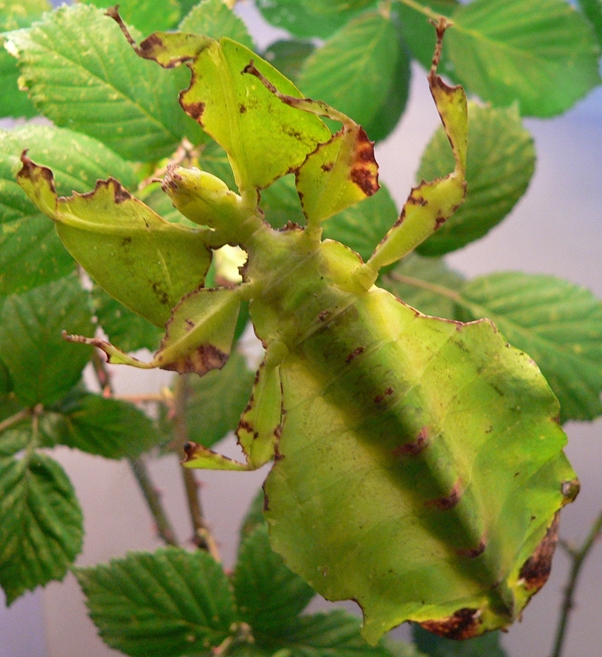 Gray’s Leaf Insect (Phyllium bioculatum). One of these was reared at the Garden in 1854 and was a major visitor attraction for 18 months. Photo: Wikipedia.

Recently I was fortunate to be given a folder of clippings and photocopies from various sources, ranging from two 1935 faunas of Midlothian to extracts from the Garden’s own Guild News-sheets from the 1970s. Through these and other sources, more than fifty historical records of additional species of wildlife recorded at the Edinburgh Garden have been unearthed, that are summarised below. They include an insect (the phasmid Phyllium bioculatum, illustrated above) that, for about a year-and-a-half in the mid-1850s, proved to be as much of an RBGE ‘visitor attraction’ as the Titan Arum (Amorphophallus titanum) has been in recent years. Including the historical records summarised below, the RBGE full wildlife list now stands at just under a thousand. This compares with the 383 species enumerated in my paper in the Garden’s horticultural journal Sibbaldia in 2012, which listed all the birds, mammals, amphibians and invertebrates that I had recorded, or knew to have been recorded, from about 2004 up till that point.

Rabbit (Oryctolagus cuniculus) – The late Paddy Woods commented in a 1975 edition of the RBGE Guild news-sheet ‘Nature Notes’ that Rabbits were ‘quite plentiful’. There is also a later record from 1986.

Brown Hare (Lepus europaeus) – In the same article, Woods stated that in 1975 there was ‘definitely one pair, possibly two’ of hares present in the Garden.

Common Hedgehog (Erinaceus europaeus) – Paddy Woods in 1975 commented that there were ‘quite a good number’ of hedgehogs in the Garden and one was also recorded in 1978. None have been seen in recent years; they are a favourite prey of badgers, which may be one reason.

Weasel (Mustela nivalis) – a pair was seen in the Chinese Border and Demonstration Garden in 1975 by Paddy Woods. 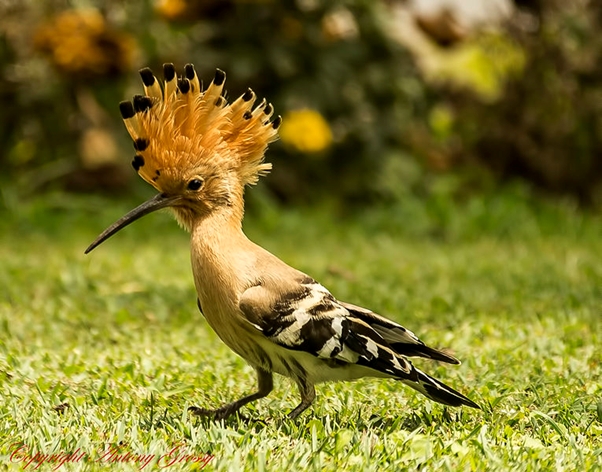 Budgerigar (Melopsittacus undulatus) – one, presumably an escape from a nearby house, was spotted in the Garden on 23 January 1976 by Douglas McKean. Whether it safely made its way back to the warmer surroundings of its cage or aviary on that winter’s day is not known.

Common Tern (Sterna hirundo) – recorded over the Garden by Nash (1935).

Northern Gannet (Morus bassanus) – no fewer than six Gannets were seen flying over the Garden in September 1988 by Bill Tait.

Greater Scaup (Aythya marila) – an injured bird arrived on 23 November 1925, was nursed back too health, and spent a year on the Pond until it was eventually sent to Edinburgh Zoo as it was damaging the aquatic plants in the pond! A detailed account of this can be found in Nash, Birds of Midlothian 171-172 (1935).

Hoopoe (Upupa epops) – According to an edition of the Guild News Sheet, a group of students (presumably on the DHE – Diploma in Horticultural Education – course) were treated to the sight of a Hoopoe in the Garden on 2 July 1980. As by that time I was working at the Garden, I am very sorry to have missed seeing it myself!

Common Whitethroat (Curruca communis) – listed as being a “sweet-singing summer visitor” to the Garden by A. McL. May in an article titled “Birds of the Royal Botanic Garden, Edinburgh” published in Journal of the Edinburgh Royal Botanic Garden Guild 1(1): 32-33 (1914).

Willow Tit (Poecile montanus) – Rintoul & Baxter (Vertebrate Fauna of Forth 111, 1935) reported that in October 1889, “Mr Serle” mentioned “watching these tits among the pines in the Botanic Garden in Edinburgh”. In 1889, Willow and Marsh Tit had not been taxonomically separated – that did not take place until 1907. However, Rintoul and Baxter (1935) considered that all Forth records were referable to Willow Tit rather than Marsh Tit. Even in 1935 there were still apparently small numbers of Willow Tits breeding in Midlothian, although it seems to have disappeared from the Botanics by 1914, when May recorded only the three common species (Blue, Coal and Great Tits) in his list of the birds of the Garden mentioned above.

Other historical bird records, that had already been accounted for in the full Garden wildlife list, have included Short-eared Owl (Asio flammeus: 1963 and 1986), Little Auk (Alle alle: 1935, and again in the 1970s when one flew into the main glasshouse range during  a winter storm and killed itself), and Black-crowned Night Heron (Nycticorax nycticorax), of which there was formerly a free-flying colony at Edinburgh Zoo whose individuals  often paid visits o the Garden’s pond in the 1950s, 1960s and even as late as the mid-1970s. 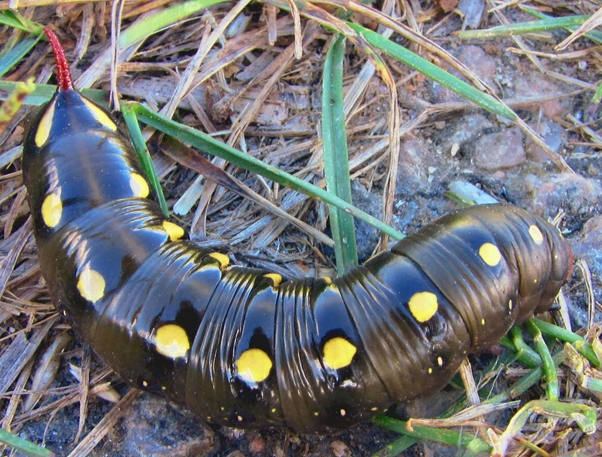 Bedstraw Hawkmoth (Hyles gallii) – A caterpillar of this scarce hawkmoth was found in September 1973 by then Keeper of the British Herbarium, Douglas McKean, and its identification confirmed by P. Clinton.

Stockholm Beetle (Trogoderma angustum) – this beetle has probably been present in the RBGE Herbarium since at least 1986 although it was not identified as such until 1998 (Pinniger & Harvey in NatSCA News 12: 2-3, 1999; Shaw in Entomologist’s Gazette 50: 99-102, 1999). It is one of about three different beetle species that have to be controlled because they damage the valuable dried plant specimens in the herbarium.

Gray’s Leaf Insect (Phyllium bioculatum) – This is one of the earliest records of an insect in the Edinburgh glasshouses, where one was reared from an egg introduced from eastern India at the third attempt by Emma Blackwood (née Moore), wife of Major William Blackwood, formerly of the Honourable East India Company Service and then editor of Blackwood’s Magazine, the famous Edinburgh literary magazine. The insect thrived in the glasshouse for 18 months between June 1854 and 1855, thanks to the then curator of the Garden, James McNab, allowing its complete metamorphosis to be documented for the first time. It was on display to the public four days a week and proved to be an attraction that drew “a great number of visitors”. A full account was given by Andrew Murray in The Edinburgh New Philosophical Journal, new series, 3: 96-111 (1856).

Hawaiia minuscula – this was one of Godfrey’s finds in the glasshouses at the beginning of the 20th Century (Godfrey, 1907).

Rosy Woodlouse (Androniscus dentiger) – recorded in 1987 by C.P. Rawcliffe as part of a systematic effort to collect and identify woodlice, millipedes and centipedes in Edinburgh and the Lothians, that yielded several new records, both for the Garden and in one or two cases Scotland and/or the U.K.

Lithobius lapidicola – Found at the Garden on 20 May 1986 by C.P. Rawcliffe, the first confirmed U.K. record of this species although there had been one or two earlier reports that turned out to be misidentifications.

Spotted Snake Millipede (Blaniulus guttulatus) – First found by C.P. Rawcliffe in May 1986 in the Peat House and again by him on 1 June 1987 in the Fern House. Re-found in the glasshouses by Gordon Corbet in 1998.

Oxidus gracilis, Ophyiulus pilosus and Proteroiulus fuscus – another three millipedes recorded at the Garden by C.P. Rawcliffe. In these cases, the records do not state whether they were also in the glasshouses, or outside in the Garden. 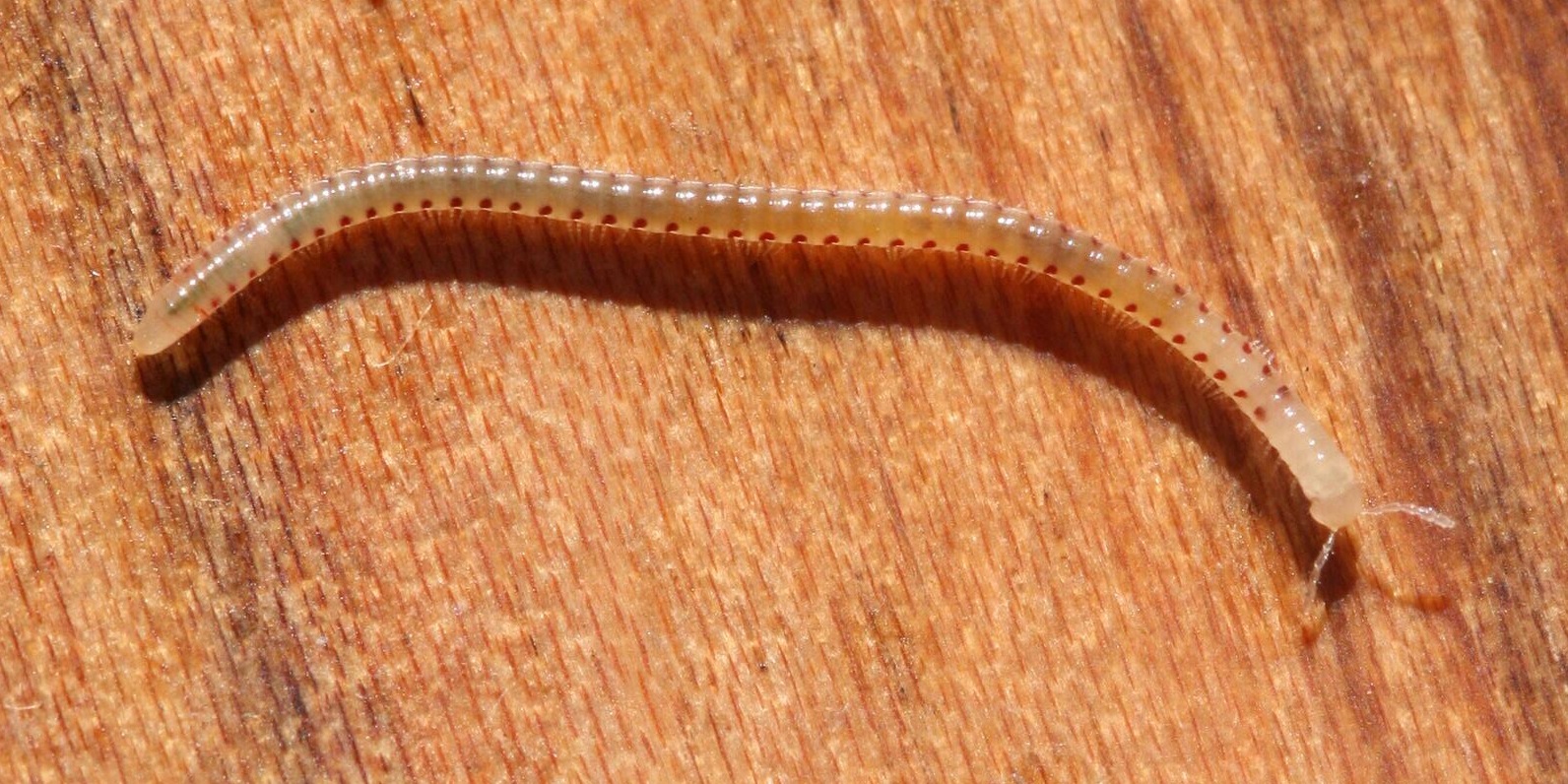