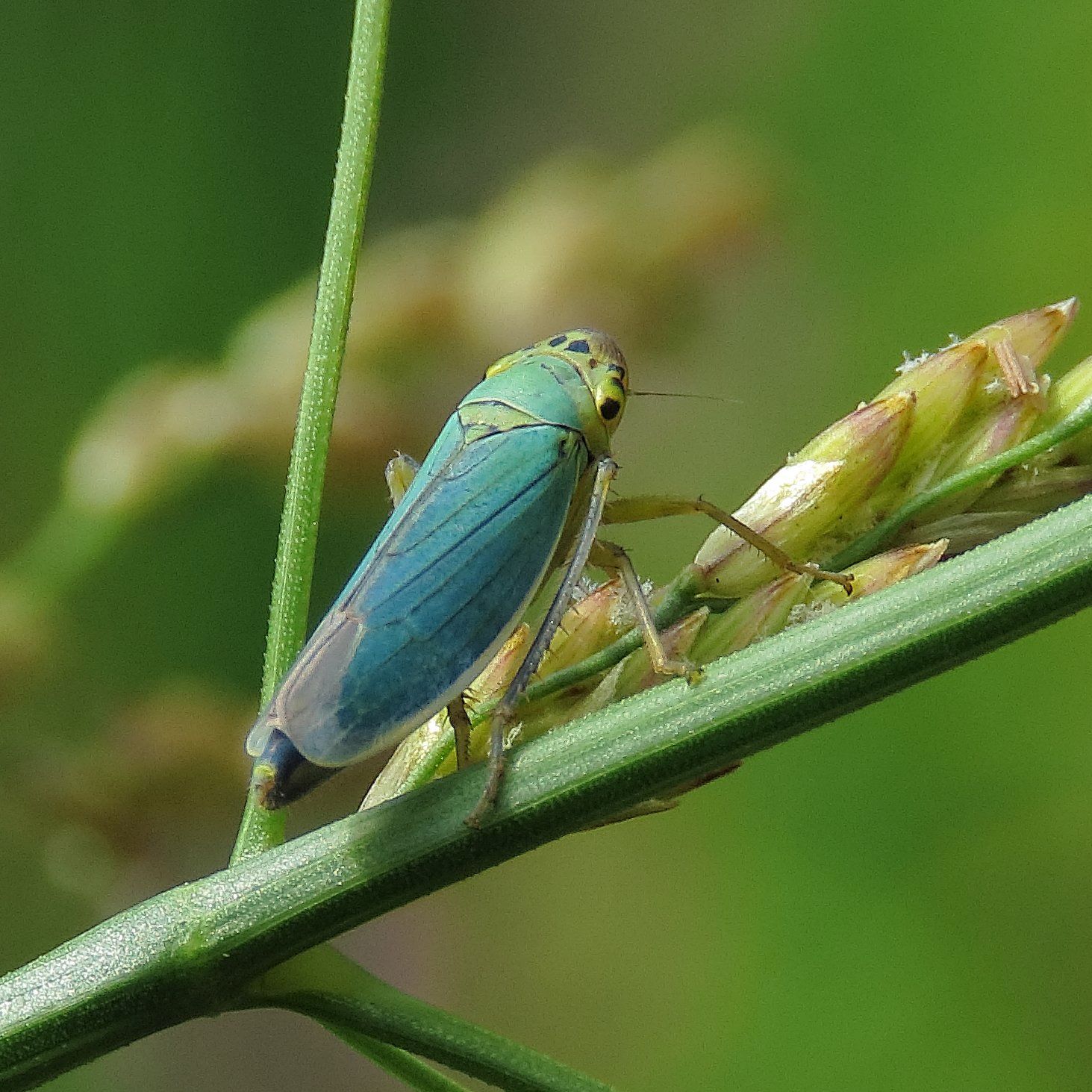 July 2018 was yet another very sunny and warm month at RBGE. The mean maximum temperature was 21.7°C – 2.6°C above the long term average – and the month’s highest temperature was 27.9°C on 27th. There were twenty totally dry days, including the first twelve, meaning that in June and July there was a spell of 23 consecutive dry days. Just under 33 mm of rain fell, less than half of the long-term average, and most of it fell on three days towards the end of the month.  Sunshine totalled 229.4 hours which was 135% of the average.

Both my colleague Lucy Cooke and I were on holiday at different times in July, so less recording than usual was possible. Nevertheless, nine species were added to the Garden’s wildlife list during the month, taking it up from 1,051 to 1,060. Five of them were moths, one a damselfly, one a leaf-hopper and two were sawflies.

Birds Thirty-one bird species were recorded in July at RBGE, a reasonably good total given the lower number of recording days and the fact that bird activity in midsummer tends to be at its least obvious. Three summer migrants were reported: House Martin for the first time this year on 12th (they would have arrived earlier in the year, but only tend to haunt RBGE in mid- to late summer), and further records of Swift on 5th and Swallow on 12th. Kingfisher and Sparrowhawks were both around on 5th and 6th. Black-headed Gulls were frequent visitors to the main Pond from the beginning of the month. The complete list of 31 species recorded during July 2018 was: Blackbird, Black-headed Gull, Blue Tit, Bullfinch, Carrion Crow, Chaffinch, Chiffchaff, Coal Tit, Dunnock, Feral Pigeon, Goldcrest, Goldfinch, Great Spotted Woodpecker, Great Tit, Greenfinch, Grey Heron, Herring Gull, House Martin, Kingfisher, Lesser Black-backed Gull, Long-tailed Tit, Magpie, Mallard, Moorhen, Robin, Song Thrush, Sparrowhawk, Swallow, Swift, Wood Pigeon, Wren.

Mammals and amphibians There were two records of Fox (2nd and 6th) and two of Common Frog (2nd and 13th). 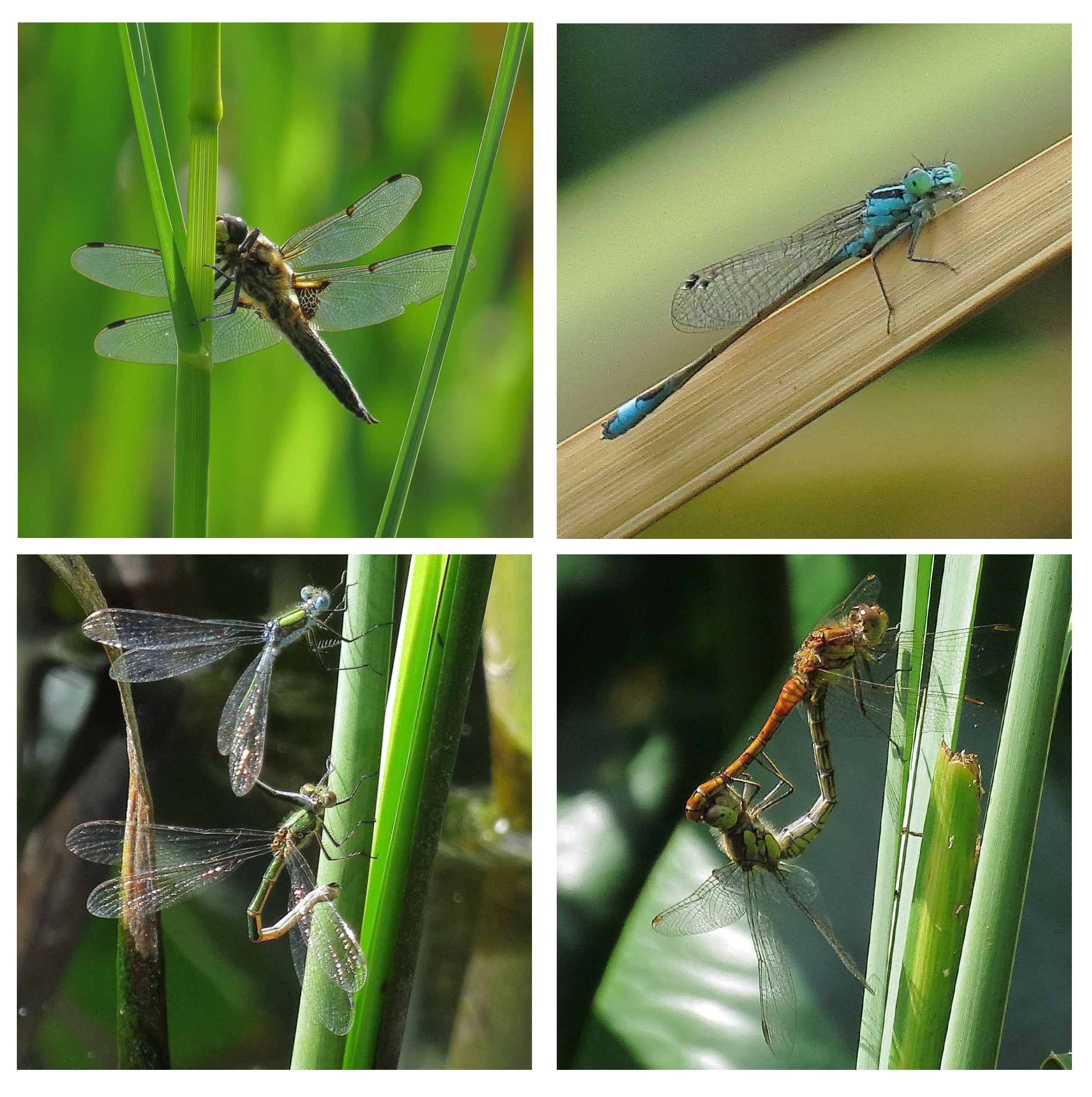 Insects and other invertebrates: July 2018 will be remembered for the amazing diversity of Odonata (dragonflies and damselflies) recorded during the month at RBGE. There are only nine species of this group of insects recorded at the Garden so far but no fewer than six of them were seen in July. One, Emerald Damselfly (19th, 25th, 26th and 27th), was a new Garden record, the second new Odonata record this year. The other five species seen in July were the Garden’s second Four-spotted Chaser (27th), Common Darter (19th, 26th and 27th with a pair photographed mating on 19th),  Azure Damselfly (19th), Blue-tailed Damselfly (19th and 25th)  and Large Red Damselfly (26th). I am much indebted to Ken Dobson, a regular visitor to the Garden, for all these dragonfly and damselfly records and for the use of four of his RBGE Odonata photographs (and that of the Green Leafhopper mentioned below) in this report. By contrast, in spite of the wonderful weather, it was another poor month for butterflies, with only four species recorded: Green-veined White (5th and 6th) and Small White (three dates), Red Admiral (7th) and Ringlet (5th and 6th). However, no fewer than 41 moth species were recorded during July, two of them as leaf mines and 38 of the other 39 during trapping sessions, the exception being the Garden’s second recorded Six-spot Burnet (5th). Five of the moths represented new species records for RBGE:  Swallow-tailed Moth (5th and 12th), Little Grey (5th), Gold Spangle (12th), Currant Pug (12th) and Manchester Treble-bar (26th).  The commoner bee species as well as Wool Carder Bees were active throughout the month and a Forest Cuckoo Bee was seen on 2nd. Birch Sawfly and Pear Slugworm Sawfly (both seen on 12th) were both new Garden records. Only six hoverfly species were recorded but there were signs that numbers of some species, particularly Marmalade Hoverfly, were going to be large. As well as that species, Common Banded Hoverfly, Striped Hoverfly (also known as Tiger Hoverfly and The Footballer), Great Pied Hoverfly, Eupeodes corollae and Platycheirus albimanus  were seen. The mines of seven different leaf-mining flies were seen but greenbottle was the only other identifiable fly record. The rather striking Green Leaf-hopper, Cicadella viridis, beautifully photographed by Ken Dobson on 27th, was the last of the month’s nine new Garden records. Other bug records included Forest Shield-bug, Parent Bug (many nymphs on 13th), Common Sycamore Aphid (6th, 12th), Common Froghopper (until 13th), Psylla betulae (6th), and Common Pond-skater (12th). Two-spot Ladybird, the click beetle Athous haemorrhoidalis and Red Soldier Beetle were the only beetle records.  Finally, the galls of seven species of gall mite were recorded during July. 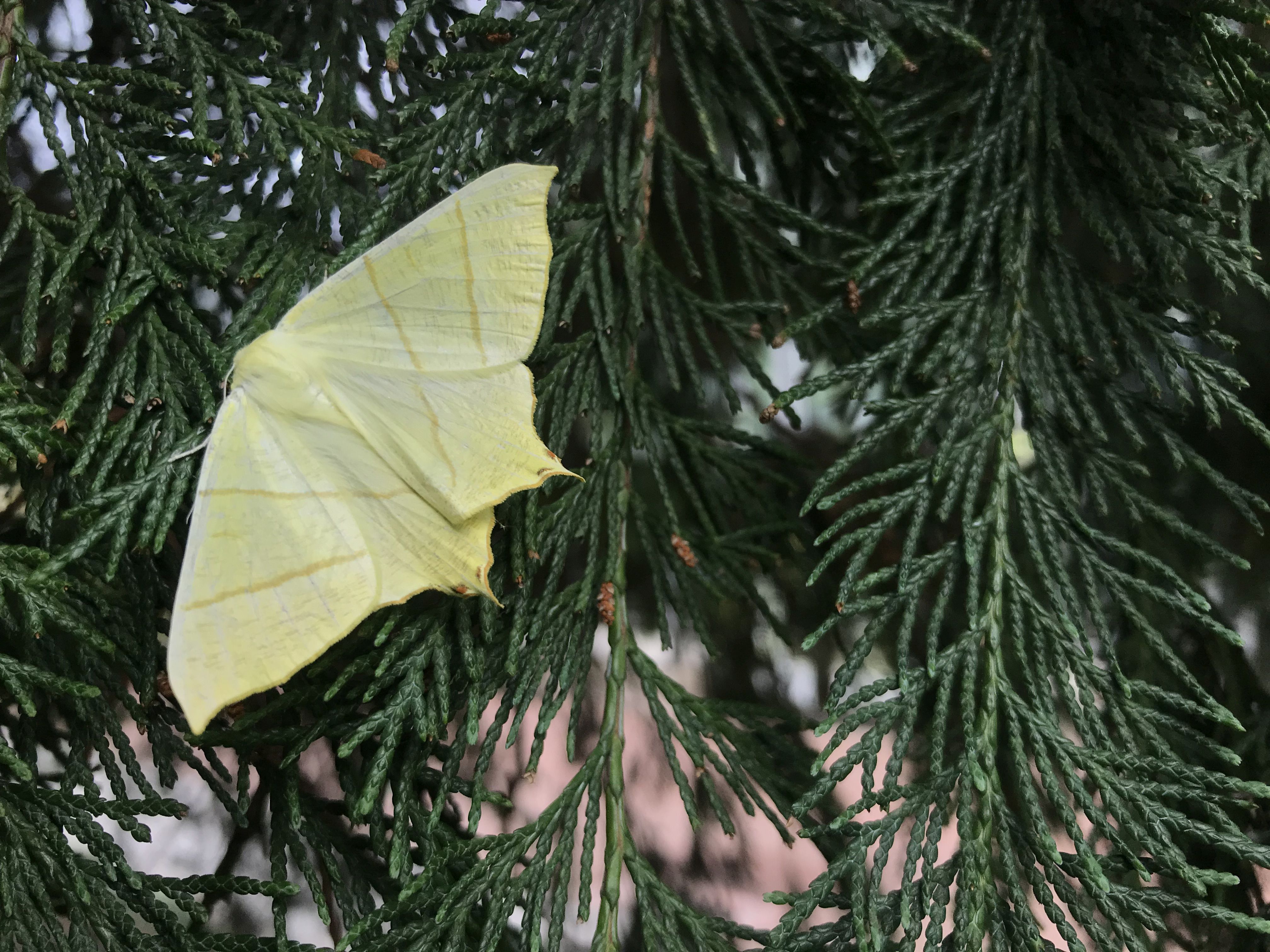