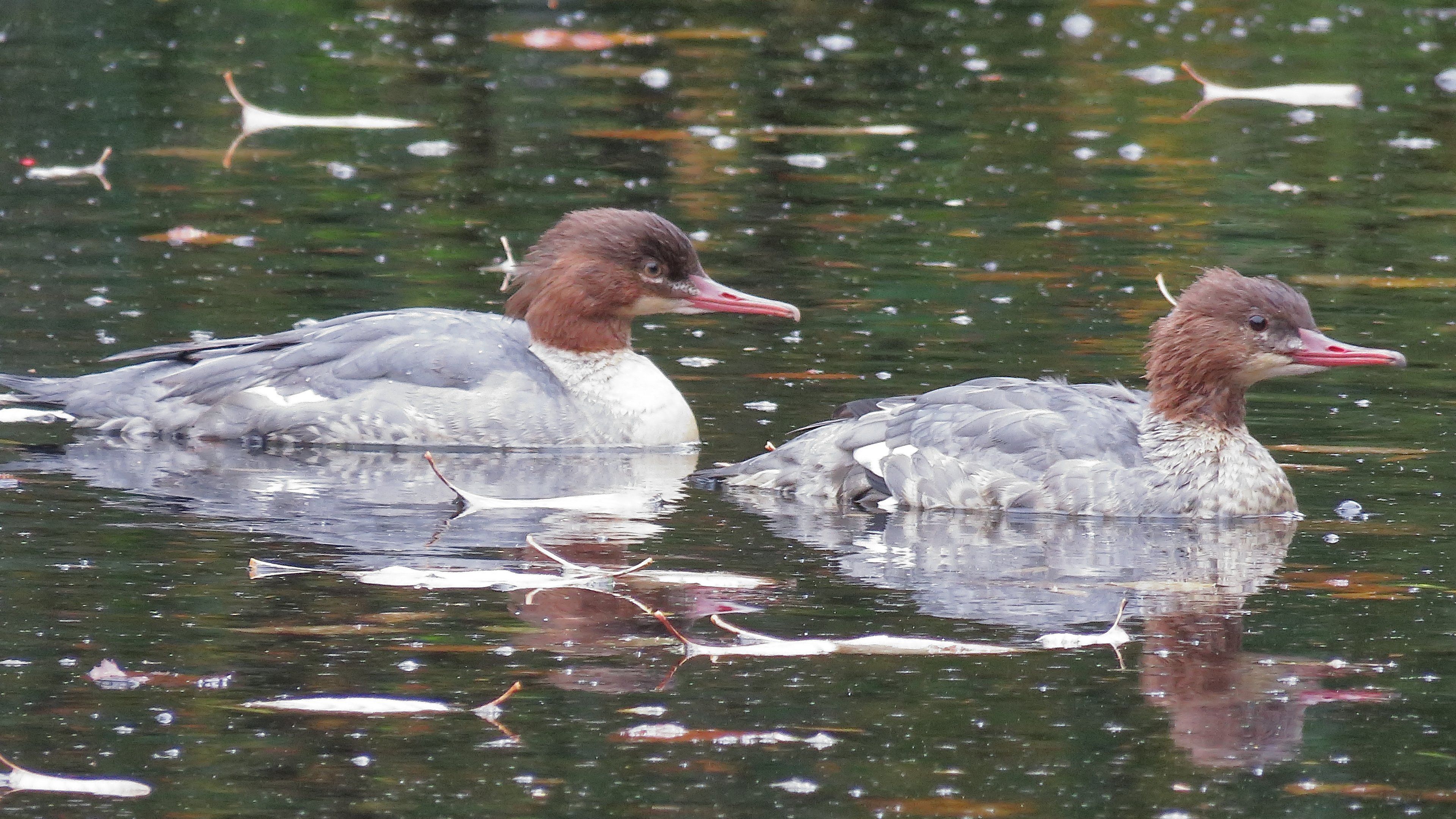 October 2018 was changeable. The month started off mild, with pleasantly warm days (highest daytime maximum 19.1°C on 10th) but near the end of the month there was a cold snap, with the lowest daytime maximum temperature of only 7°C on 27th and a night-time grass minimum of -7°C and air minimum of -2.7°C on 29th when there was a sharp ground frost. Temperatures picked up slightly towards the very end of the month. Storm Callum (12–13 October) caused significant damage to trees in the Garden as well as to the Glasshouses. It was a dry and sunny month overall, with 30.6 mm of rain (39% of the long-term average) and 121.7 hours of sunshine (122% of average). I was absent from the Garden for various reasons including a holiday for much of the month so most of the wildlife recording was done by other people. Nevertheless the Garden’s wildlife list increased by a further five species in October, from 1,071 to 1,076. They were two caddis-flies, a shield-bug, a leaf-mining fly and a spider.

Birds Forty bird species were recorded in October at RBGE. September’s Kestrel was seen again on 4th and possibly one or two other dates. A presumably now wintering Blackcap was in the Chinese Hillside (26th and 29th) but no Swallows were recorded in the month. More autumn arrivals included Mistle Thrush from 2nd and Redwing from at least 25th, and possibly earlier, while a (Common) Snipe was in a tree overlooking the Pond on 29th. About forty Greylag Geese flew low over the Garden on 2nd, possibly heading to Inverleith Pond, and a Hooded Crow — pure-bred, not a Carrion x Hooded hybrid — was seen in both the Garden and Inverleith Park on 16th. Two redhead (female or juvenile) Goosanders were briefly on the main Garden Pond on 14th and one on 31st. Both the Kingfisher and Nuthatches were recorded throughout October. At least one Buzzard was over the Garden on five different dates while a Tawny Owl was in the owl box in the Lower Woodland on 18th, the first time it has been noticed for several months. The complete list of 40 species recorded during September 2018 was: Blackbird, Blackcap, Black-headed Gull, Blue Tit, Bullfinch, Buzzard, Carrion Crow, Chaffinch, Coal Tit, Dunnock, Feral Pigeon, Goldcrest, Goldfinch, Goosander, Great Spotted Woodpecker, Great Tit, Greenfinch, Grey Heron, Grey Wagtail, Greylag Goose, Herring Gull, Hooded Crow, Jackdaw, Kestrel, Kingfisher, Long-tailed Tit, Magpie, Mallard, Mistle Thrush, Moorhen, Nuthatch, Oystercatcher, Redwing, Robin, (Common) Snipe, Sparrowhawk, Tawny Owl, Tree Creeper, Wood Pigeon, Wren.

Mammals and amphibians Apart from the autumnal activity by Badgers grubbing up lawns, a Common Frog was seen on 4th and a Newt species (probably Smooth Newt) was found on 10th by horticultural staff during work in the Chinese Hillside. 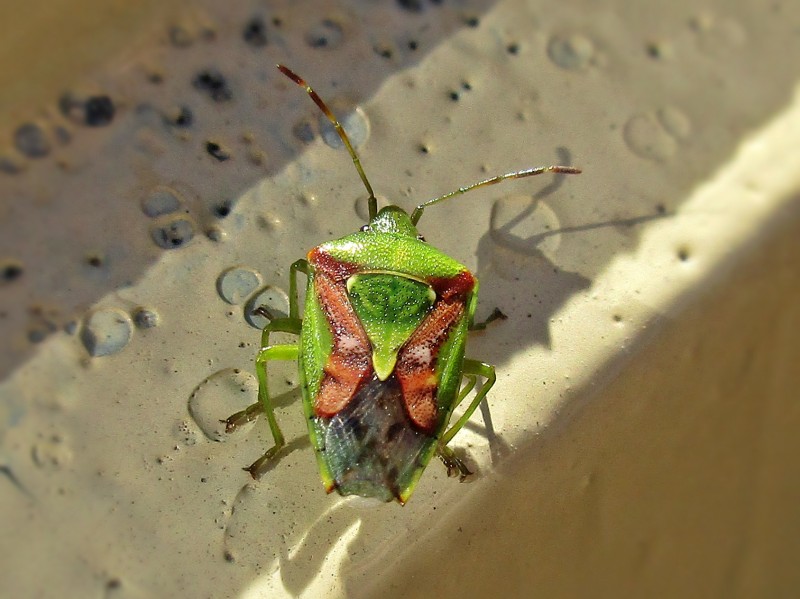 Insects and other invertebrates: October was yet another good  month for butterflies in the Garden. The species list was much the same as last month: Peacock (10th), Comma (4th, 9th and 10th), Red Admiral (throughout the month, even on the colder days, with a peak of 16 on 5th), Painted Lady (one record), Small White (at least five dates between 2nd and 17th) and Speckled Wood (nine dates between 1st and 17th). There was little moth trapping during October because of holidays and other issues and on the occasions when it did take place few or none were caught. However, eight leaf-mining moths were recorded on the basis of their mines. Two adult caddis-flies photographed by Ken Dobson both turned out after identification to be new Garden records:  Limnephilus flavicornis  on 6th and Limnephilus lunatus on 25th. Southern Cuckoo Bee was recorded on 4th, a new Garden record. The only other bees recorded during in October were Honey Bee (to 11th), Buff-tailed Bumblebee (to 31st), Tree Bumblebee (4th, 11th and 17th), and Common Carder Bee (throughout). No dragonflies were reported but five different species of hoverfly were seen, including Striped Hoverfly on 5th and three sightings of Marmalade Hoverfly in the first week. Among the mines of 10 leaf-mining flies found during October, Phytomyza aquilegiae was a new Garden record. As its species name suggests, it is found on the leaves of Columbine (Aquilegia); until now, the only mine seen on columbine leaves in the Garden has been the Columbine Leaf Miner, Phytomyza minuscula, whose mines are quite different in shape and especially size; those of the newly recorded P. aquilegiae are much larger. Other fly sightings included bluebottle, Calliphora vicina (2nd onwards), Tachina fera (15th), and the cranefly, Tipula confusa (4th), as well as a swarm of Winter Gnats on 31st. By far the most notable bug of October, and probably the most unexpected record of all, was Juniper Shield-bug on its host-plant (juniper) on 4th; not only was this a new record for the Garden, but it could also be the first record for Midlothian. As well as that, Hawthorn Shield-bug was seen on 2nd and 3rd, and Rose Leafhopper for a second time on 2nd. It was quite a good month for ladybirds, with Pine Ladybird (4th), 7-spot (10th), Orange Ladybird (4th) and Two-Spot (4th) all being recorded. October’s fourth new Garden record was the Silver Stretch Spider, Tetragnatha montana, while the galls of five different gall mites were evident and a red spider mite was seen on a birch trunk on 2nd. Unusually, however, no harvestmen were seen during the month. 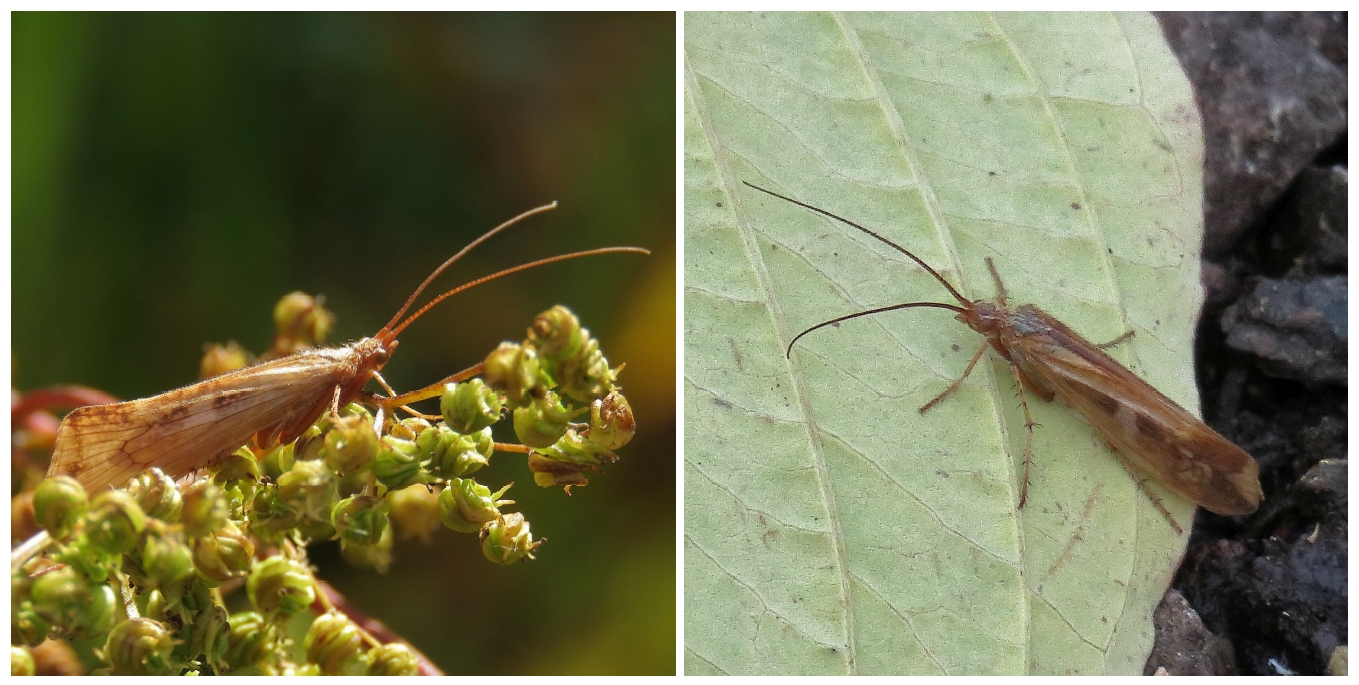