On an RBGE expedition in 1992 two trees of this hardy palm were spotted growing outside the Windamere Hotel, in the well known hill station of Darjeeling in West Bengal. In 1997, from dried herbarium specimens of these garden plants, it was described as a new species. It is related to the much more widely grown Chinese windmill-palm (Trachycarpus fortunei), but its seeds are shaped like coffee-beans rather than spherical, and its leaf-divisions are wider. The palm was later discovered in gardens in the nearby town of Kalimpong, and then growing wild, but severely threatened, on steep slopes in the nearby valley of the Relli Chu at altitudes of 1300 to 1400 metres. These plants are seedlings, and will eventually grow to form a tree up to twelve metres tall. 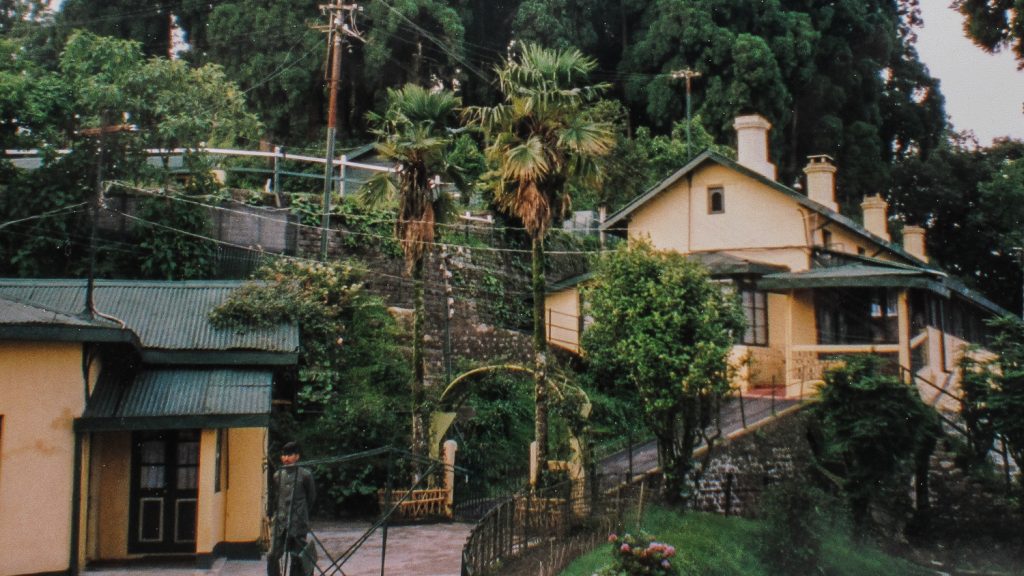 Photograph of the Windamere Hotel, Darjeeling showing the two palms (1992)