The source of the world’s major caffeine drink exists in two wild varieties – the smaller leaved, hardier var. sinensis from China and the larger leaved, more tropical var. assamica native to North-East India. Until 1833 the East India Company had a monopoly of the tea trade, which was supplied entirely from China. Soon after this monopoly was removed tea-growing started in India, where it continues to be a major industry in the North-West Himalaya, Darjeeling, Assam and the Nilgiri Hills. A deputation (including William Griffith and Nathaniel Wallich) was sent to Assam in 1835 to investigate the indigenous variety. In the end it was mainly Chinese forms that were grown in India, which were first introduced in the 1850s by Robert Fortune (who had trained here at the Royal Botanic Garden Edinburgh). 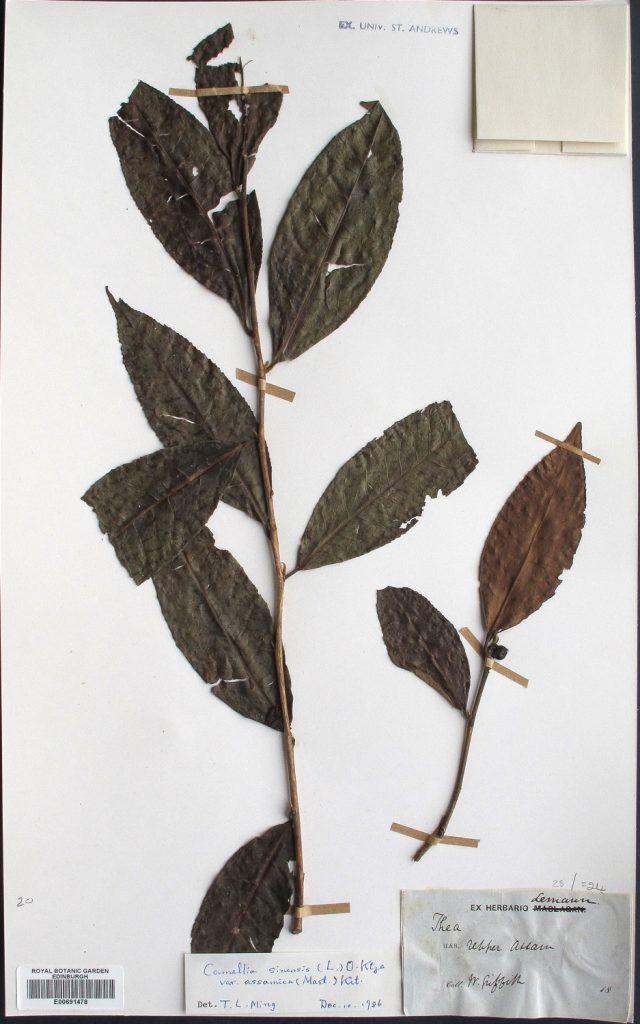 Herbarium specimen collected by William Griffith in Assam in 1835