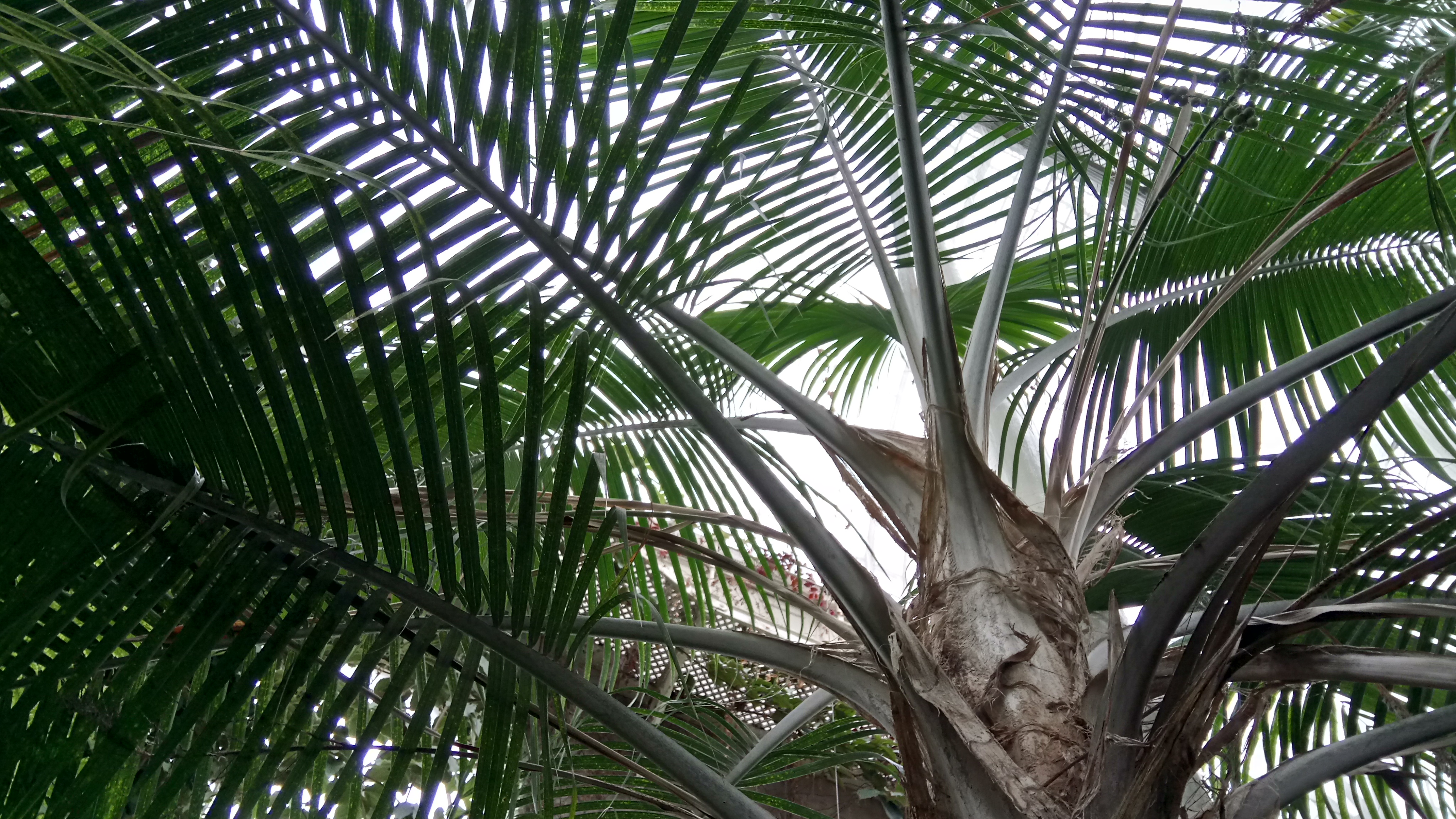 You may have already encountered this rare palm on your last holiday to a warm and sunny destination. You probably passed it growing in a garden, as a street tree, or in a decorative pot in a hotel lobby. This palm is Ravenea glauca and it only grows wild on the island of Madagascar in two National Parks – Andringitra and Isalo.

In the wild this palm can grow over eight metres tall, and inhabits a variety of environments. Its slender and delicate appearance belies its rough and tough constitution. It can cope with the chilling cold of high elevations, and the blistering sun of dry forests and grasslands. It is even found clinging to cliffs in deep ravines. It doesn’t seem to mind if the soil is too poor, too wet, or too dry, and few pests and diseases seem to bother it. Because of its graceful habit and enduring nature, this palm is now widely cultivated in warmer regions of the world.

So why, if it is so tough, is it only found in two locations? It may be that this palm is a poor competitor. It has evolved to withstand growing in less than ideal conditions where many plants simply cannot survive. Perhaps it has become a victim of its own success in conquering extreme environments?

Whatever the reason, its limited range makes it vulnerable to extinction. Plants of this species are either male or female, so without the presence of both in a population seeds will not be produced. This reduces the number of individuals that can produce seeds. With an estimated 800 trees left in its natural habitat, people harvesting wild seed for the international horticultural trade will be putting pressure on the ability of wild populations to regenerate.