They are large plants – predominantly conifers like Pine and Ilex crenata – which have been trained to look like large bonsai plants. However, by definition a bonsai is ‘[t]he art of growing ornamental, artificially dwarfed varieties of trees and shrubs in pots’ so these are not true bonsai. These are regular sized trees which mirror the techniques used in bonsai. Having briefly learned from the first man from America that studied the art of bonsai in Japan, I can say the fundamentals are the same. 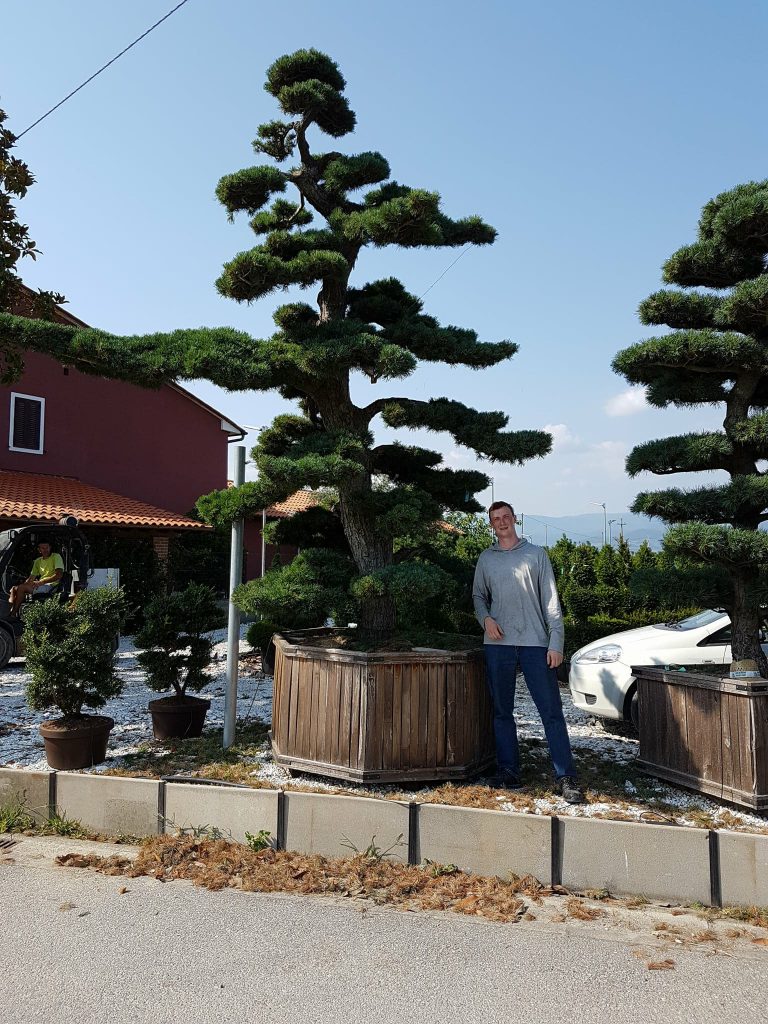 How do you create a Art Form?

The correct method is taking, for example, a 3 year old Pinus sylvestris ‘Bonna’ and planting it at a 45 degree angle in the ground or in a large pot. ‘Bonna’ is a plant mostly commonly used in America; I worked on all stages of the process until it was in a fully saleable condition (the duration normally being a minimum of eight years). Planting season took place in August – September time, so new growth will be ready for training by the following summer.

Selecting from the top growth, you take the central leader and position it to make the most attractive curve in the trunk while keeping the plant structurally sound.  The other candles are selected to form 3 horizontal ‘pads’ or ‘clouds’ at each year’s new growth (3 was the magic number for allowing fullness in the form and allowing air flow but more or less can be used depending on plant and style). When selected they are bent down to just below parallel as the plant will naturally rise to reach light. The vegetation that is not being used is pruned off. All of the modified branches are held in place with string and bamboo canes.

Another method is by selecting a plant and pruning out the waste material which gives the plant initial structure and art form shape. The plant will fill out in the following years. This is okay for some plants like Chamaecyparis pisifera ‘Boulevard’ or Ilex crenata which respond well. Pines however, grow new shoots from the trunk and show poor workmanship. 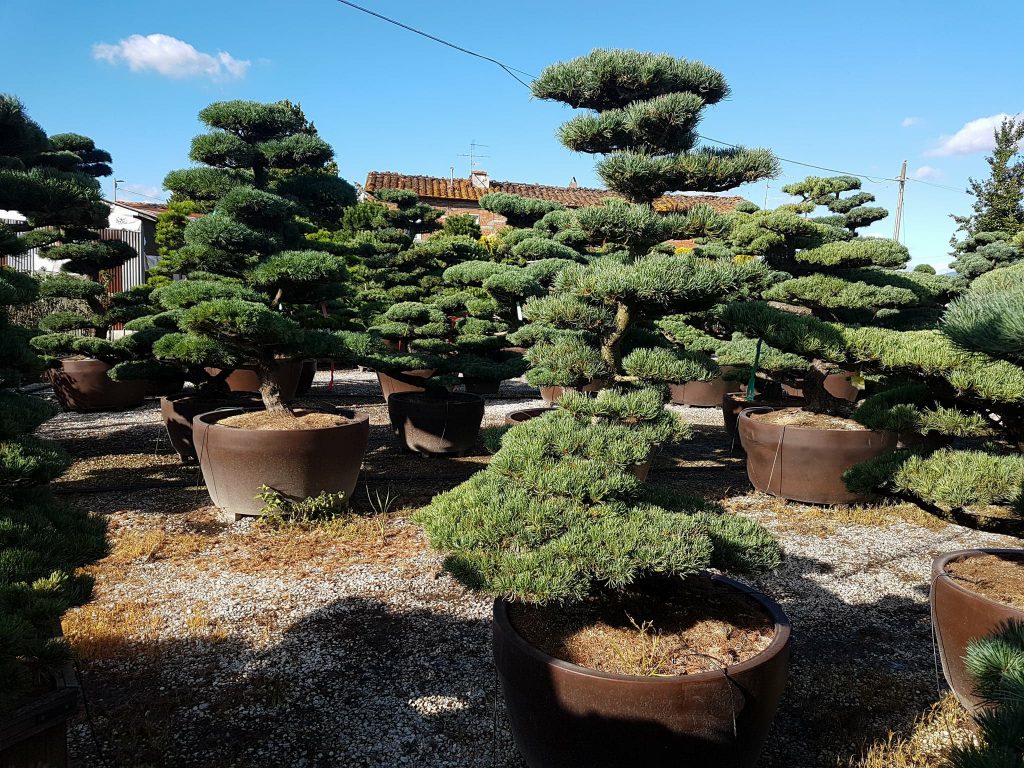 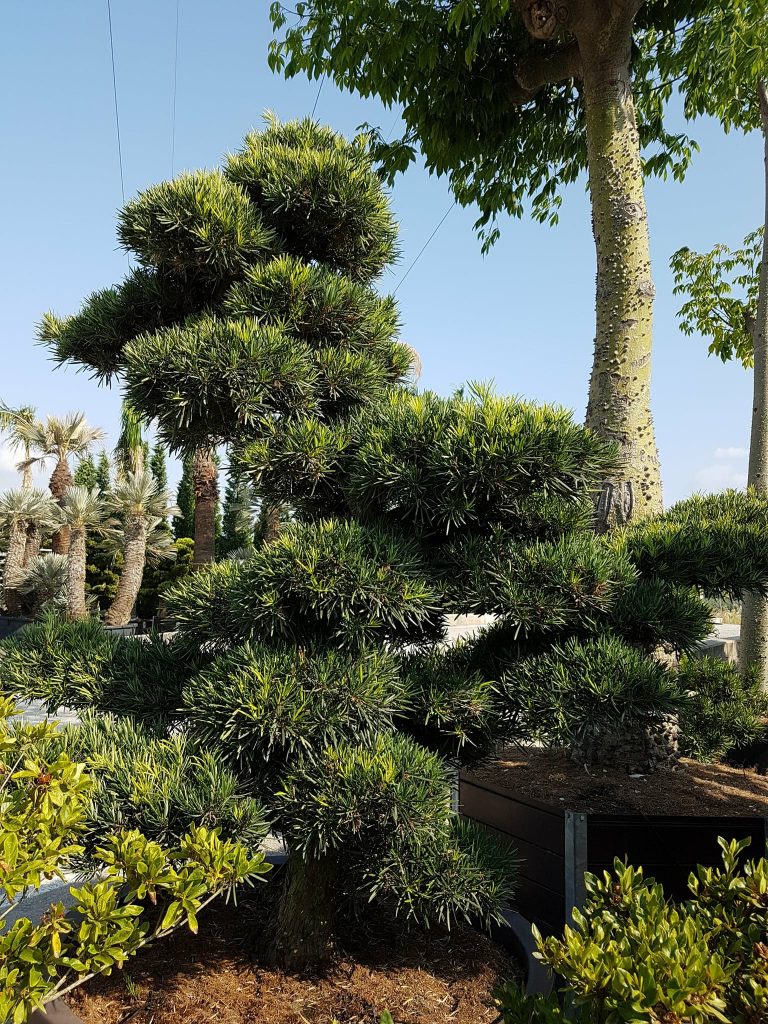 These plants need pruned in order to keep their shape; this typically takes place in summer. Again, applying the principles of bonsai, pruning is about balancing the energy of the plant. The pads or clouds will have high and low areas in terms of growth output. The low areas tend to be closer to the trunk as they have less light.  Pruning back the stronger growth allows more growth in the weaker parts of the clouds. Pruning to a half circle on top, slightly sloping from the centre to the outskirts, (leaving the clouds completely flat underneath) and pruning any dead material or branches that are bending up creates a more striking, cleaner cloud.

In  late Autumn/early Spring, the older foliage needs to be removed. Plucking older pine needles (such as four year old needles in the Pinus parviflora) or removing dead foliage is extremely important as it allows light and air into the plant. 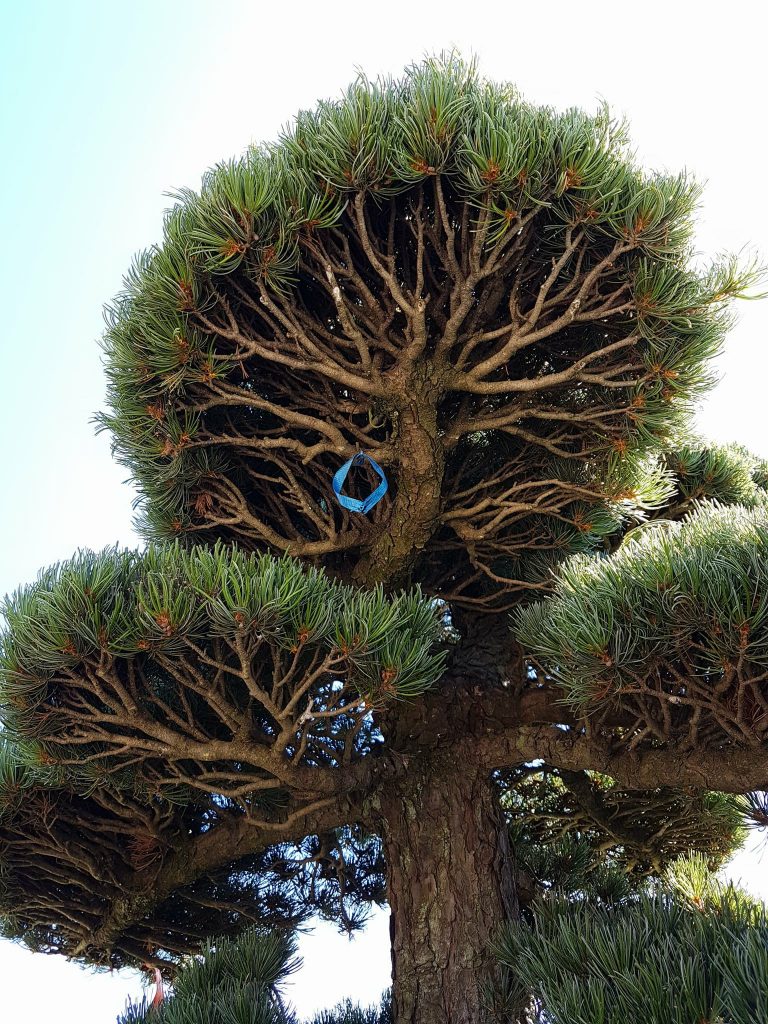 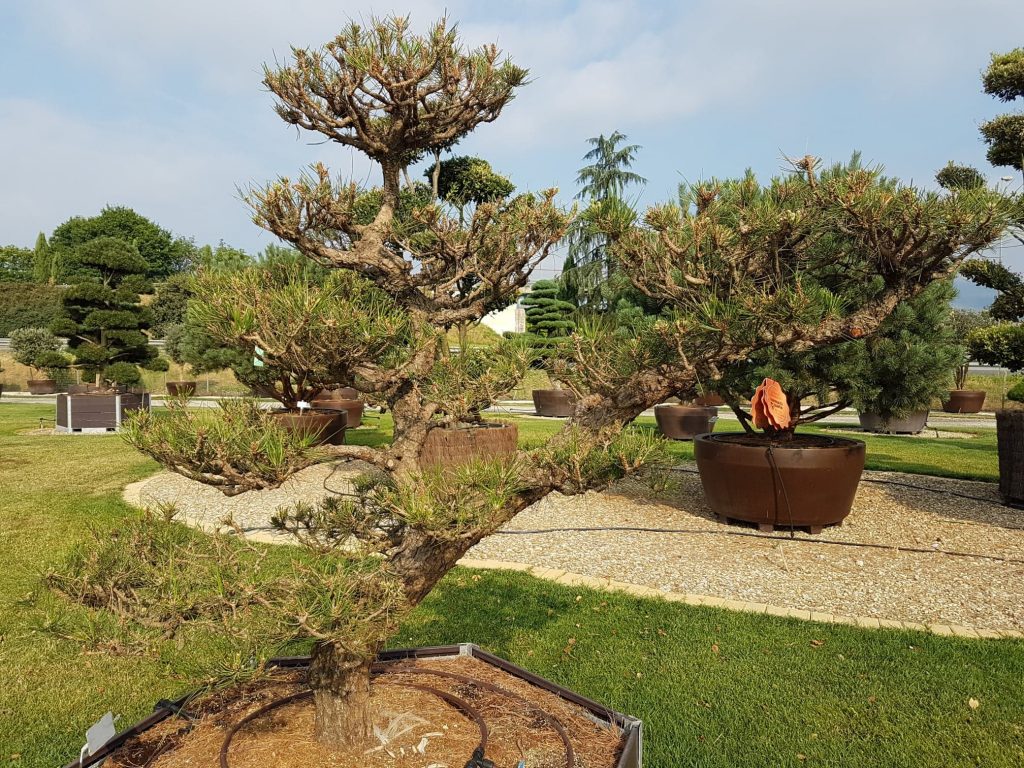