Italy is famous for its renaissance gardens. Students are taught in their second and third year of the Edinburgh Botanics plantsmanship course about the beautiful uniformity and strict structural elements of the Italian garden.  In the Garden History module we explored the formality and historical relevance of creating these masterpieces.

Parco Dei Mostri – also called the Sacro Bosco (‘The Monster Park’ or ‘Holy Forest’) – does not conform to these preconceptions. It does not favour geometric design. Instead, The Garden has statues and sculptures like I have never seen before. The formations are stunning pieces of art. They do not have  rich religious allegory but are made ‘sol per sfogare il core’ – ‘Just to set the heart free’. When Pier Fancesco Orsini founded the Garden in 1552, it was to honour his late wife, Giulia Farnese rather than to celebrate religious teachings.

During the nineteenth and twentieth century, the garden became overgrown. After Spanish painter Salvador Dali made a short film and paintings of the park, it was restored and became a major tourist attraction. Understanding Salvador Dali’s bonds to surrealism, it makes sense that he became fascinated by the Garden. In Garden History, (taught by Phil Lubsy) we were taught the different types of landscapes; the Parco Dei Mostri would be considered a sublime one, using sharp edges to generate the feeling of danger. The heart should race and, when you stand at the steps below the gaping doorway of Parco Dei Mostri’s ‘Hell Mouth’, it does. 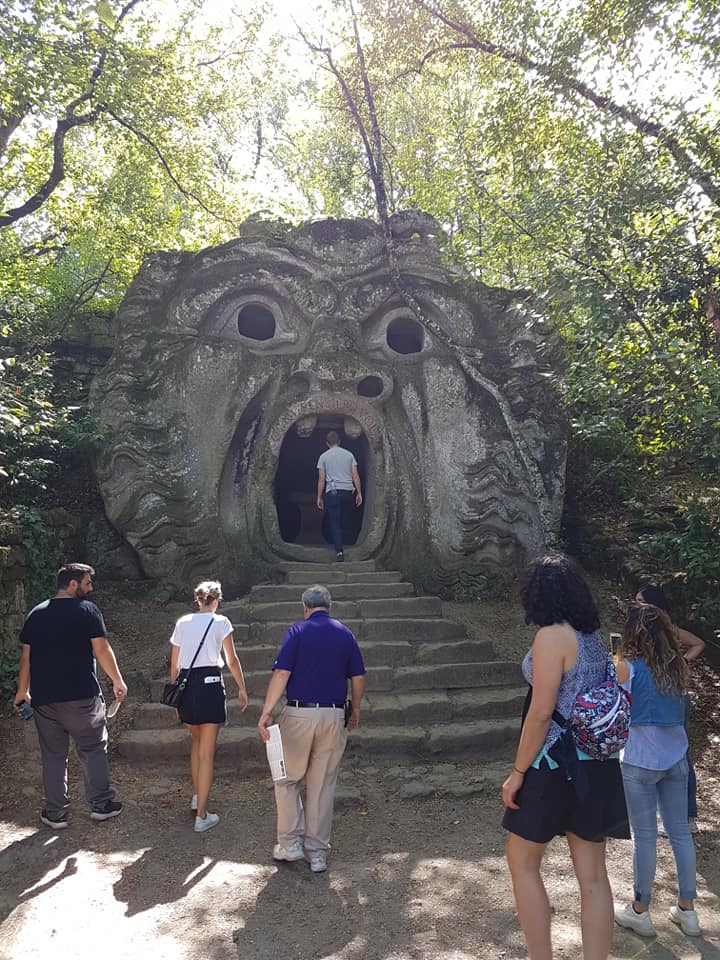 Orcus – Opened mouth with “All Thoughts Fly.” Art historian Luke Morgan described the sculpture as ‘The Hell Mouth’ that people once dined within – a stone table sits inside – highlighting the concept of eating while being eaten. 16th century fun at it’s finest! 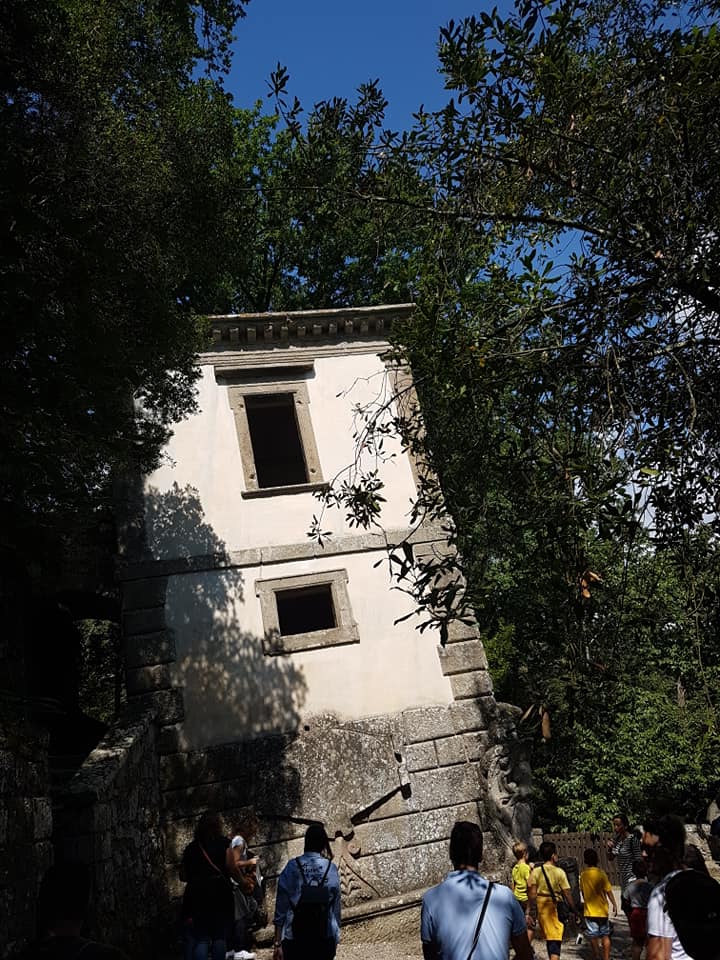 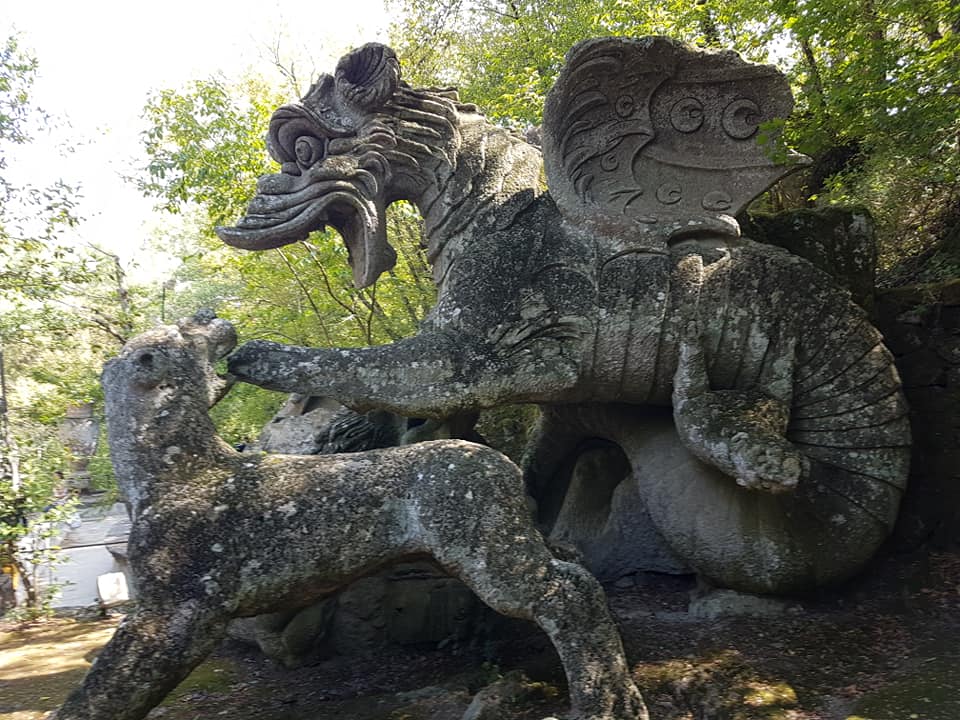 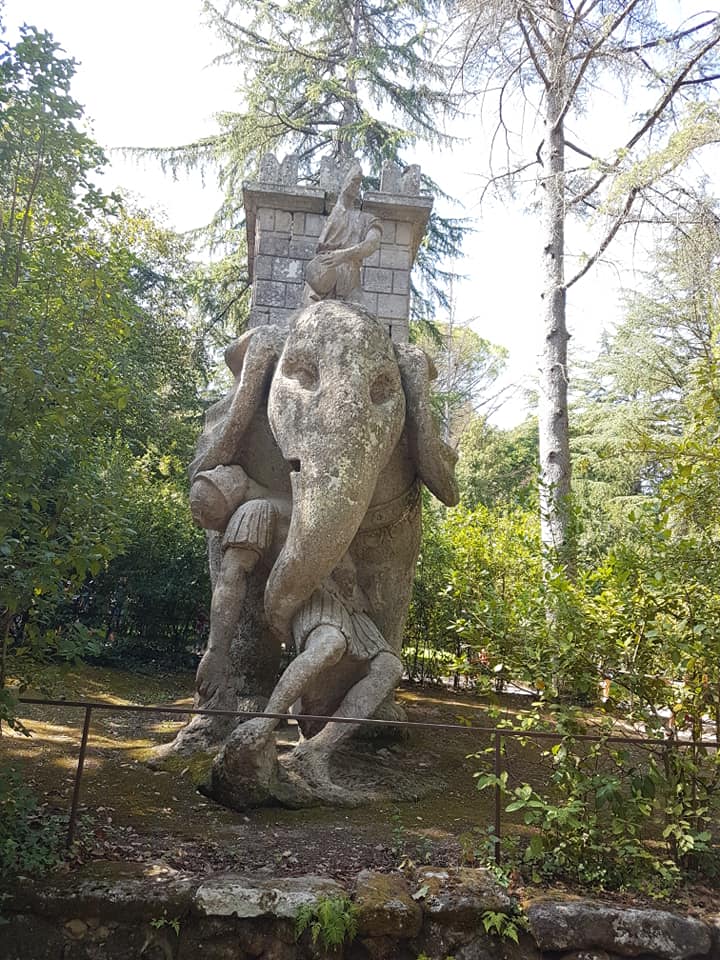 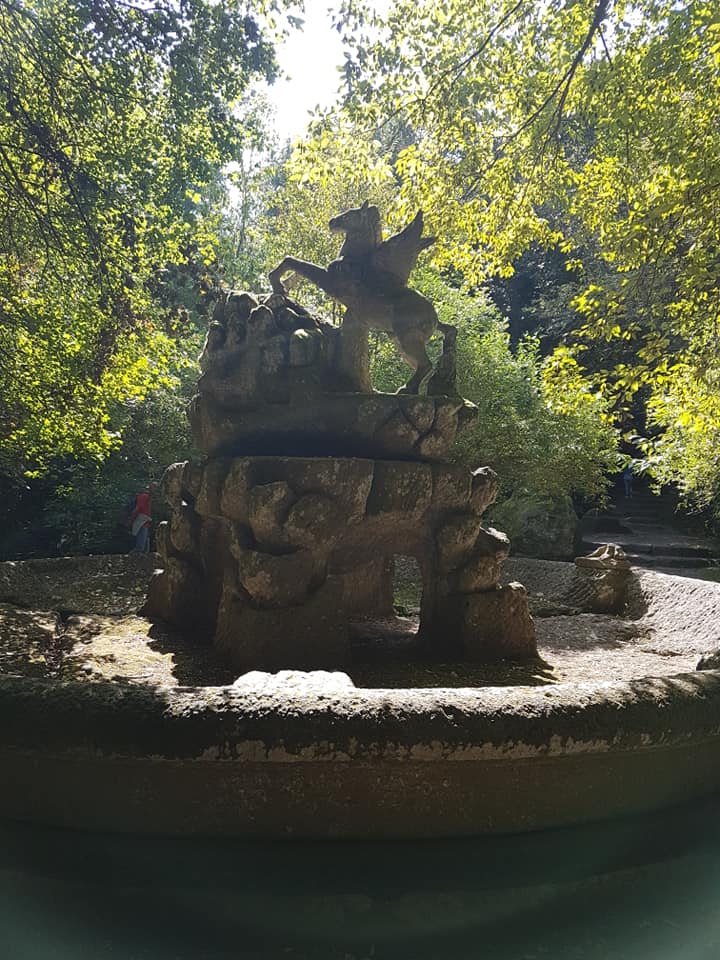 The moss covered rocks with ferns. 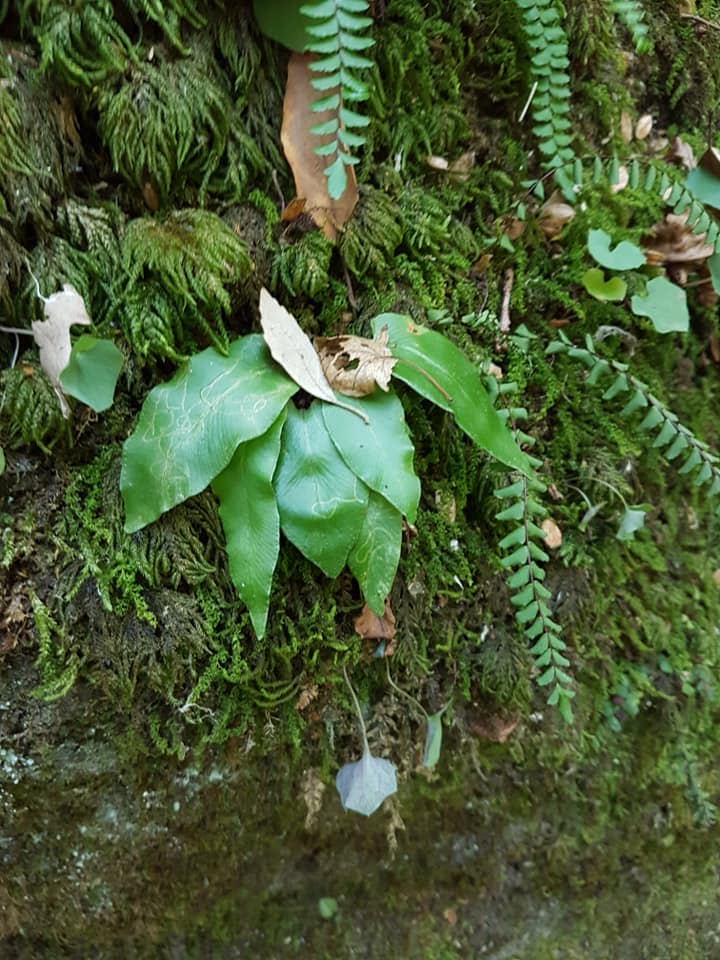 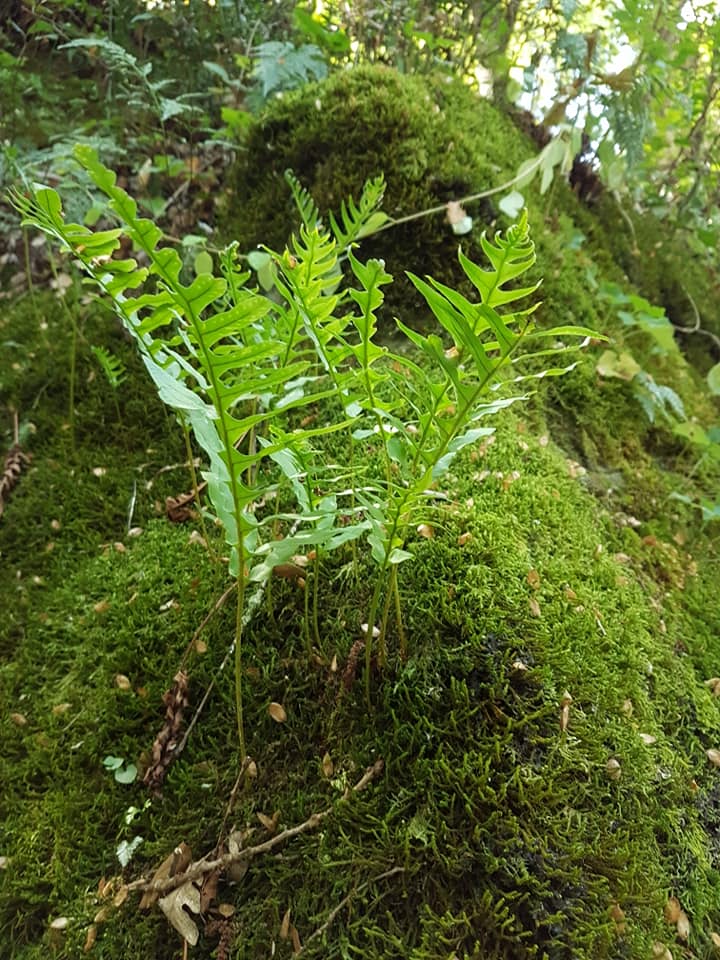 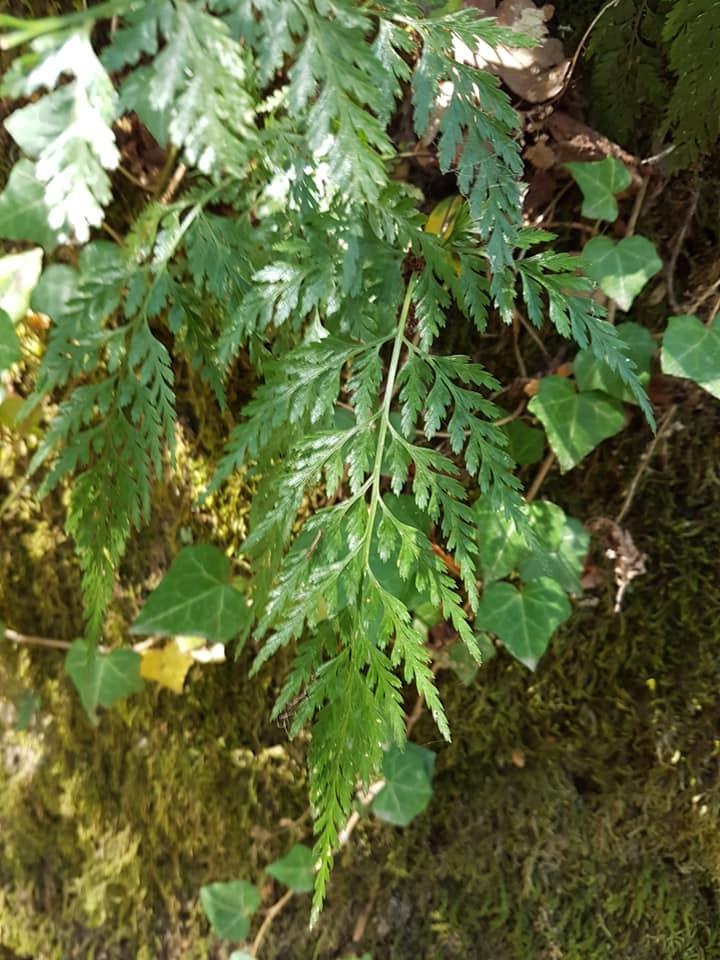