In this second part of the series on interesting insertions in RBGE volumes, I will delve into the various insertions in an 1874 copy of W.H. Grattann’s British Marine Algae: Being a Popular Account of the Seaweeds of Great Britain, their Collection and Preservation.

This copy of British Marine Algae is an excellent example of the diverse uses of interleaving in pre-20th century books. The former owner of the volume has bound the text with external coloured plates and blank pages used for note taking, sketches, and a handwritten index. 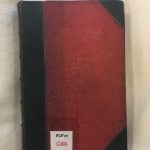 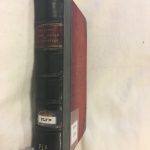 The binding is a typical late 19th-century or early 20th century half-leather binding, likely requisitioned by the first owner, though the lack of inscriptions or bookplates makes it hard to tell exactly who owned the book and made the various insertions.

It is possible, however, to hypothesise that the former owner was Scottish, from the notes on the interleaved blank pages. A typical page, interleaved into the text, includes references to Orkney and Joppa, alongside the owner’s recipe for boiled seaweed (yum!) 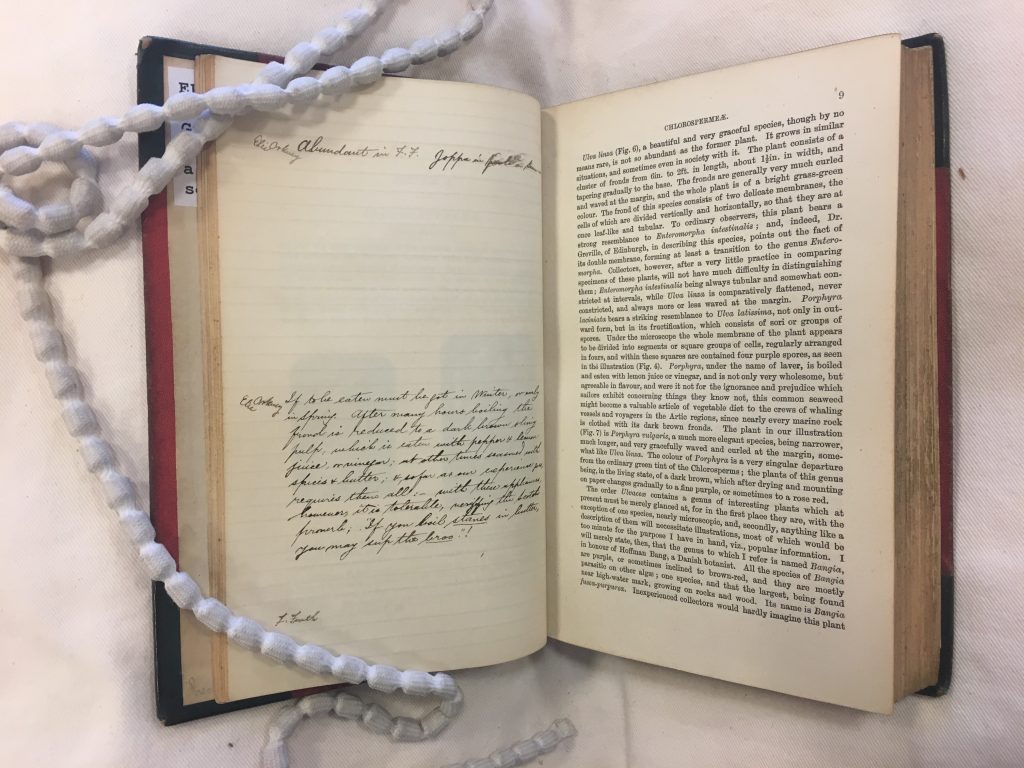 If to be eaten must be got in winter or early in spring. After many hours boiling the frond is reduced to a dark brown shiny pulp, which is eaten with pepper & lemon juice or vinegar; at other times seasoned with spices & butter; & so far as our experience goes, requires them all: – with these appliances, however, it is tolerable, verifying the Scotch proverb; “If you boil stones in butter, you may sup the broo” !

The former owner, besides being a marine cuisine enthusiast, was also an accomplished illustrator. Many of the interleaved blank pages feature detailed, hand-drawn illustrations of seaweed, including the two examples below. 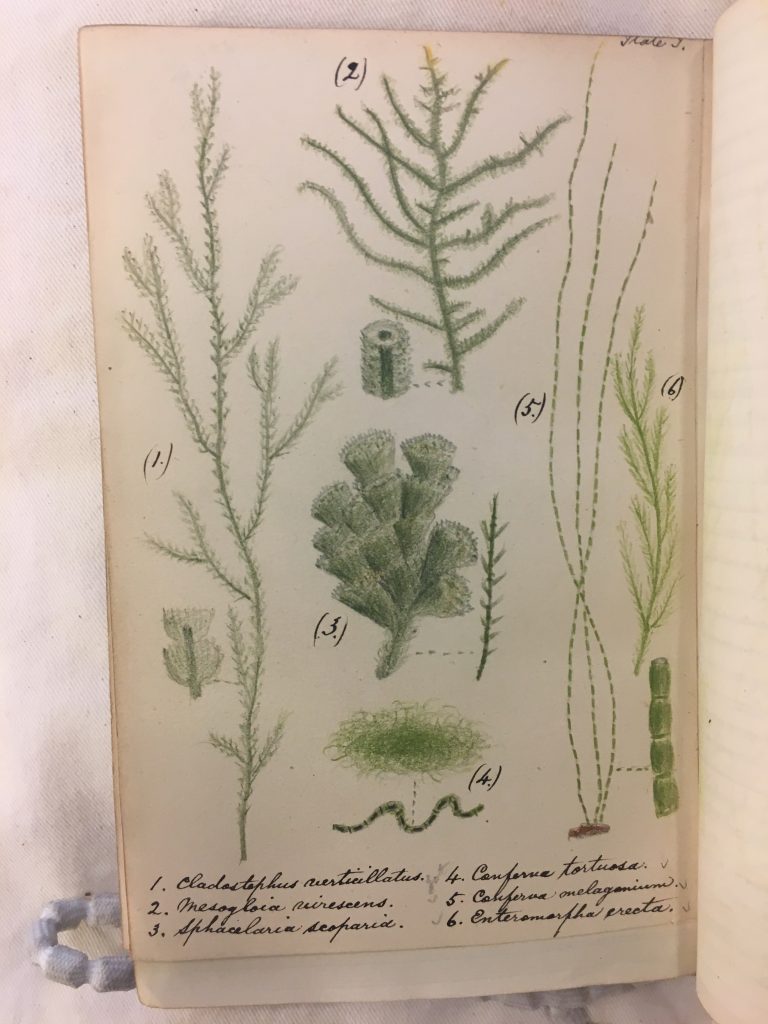 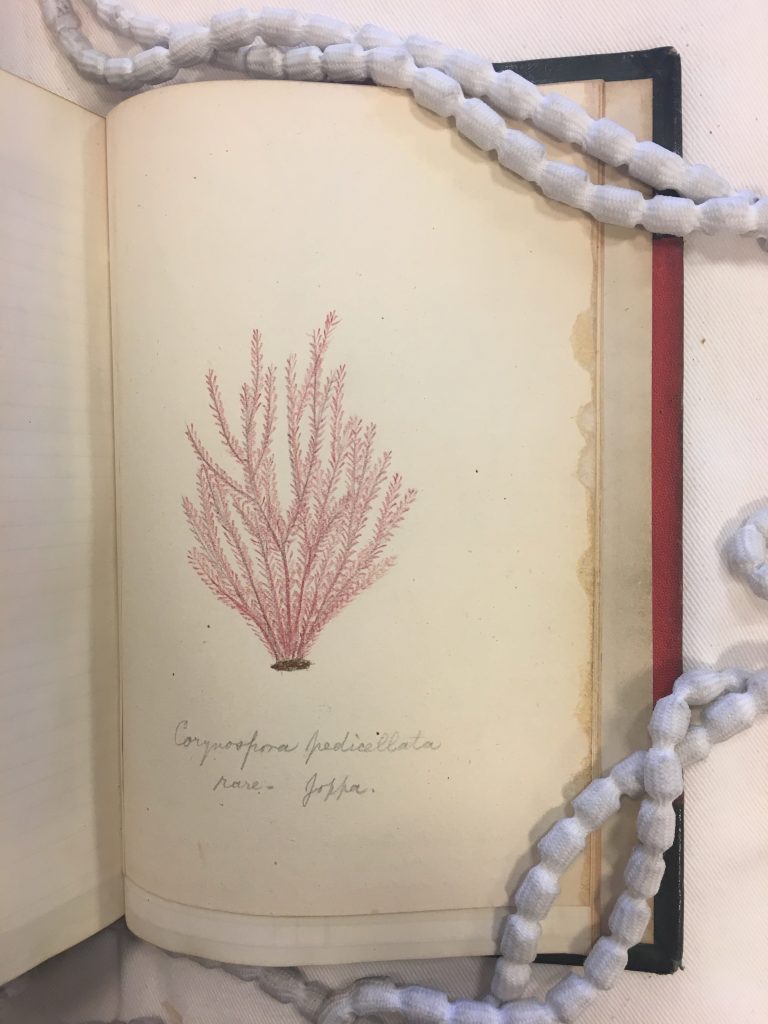 The volume also included a hand-drawn, loose-leaf insertion, one of my favourites I have found during my time cataloguing. 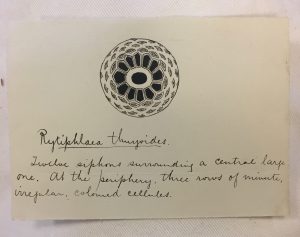 In addition to the author’s illustrations, there are several plates which have been cut out, presumably from other texts, and pasted onto the blank leaves. 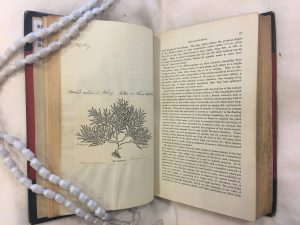 One such example is this small plate of “The Gulfweed”, which the author has annotated with yet more cooking instructions, noting that it is eaten in China, “unpickled”.

As the original text only had very basic illustrations, all black and white, the former owner, in addition to his or her own illustrations, has interleaved full page colour plates from an external source into the text, perhaps from a different book on seaweeds. We know that the plates do not belong to this text as there are two copies in the RBGE library and a collation of the two, checked against external copies, left this copy as the only one to include them.

The plates are captivating, showing the various species in situ and coloured in vivid shades (as I am not a phycologist, I can’t speak to the accuracy, though I suspect some artistic liberties were taken…) 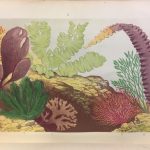 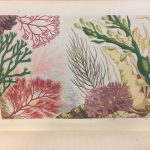 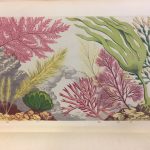 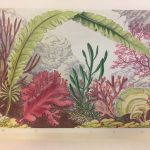 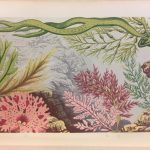 There is no information given on the origins of the plates, but the signatures on the plates (“Lydon”) give us a clue. Alexander Francis Lydon was a 19th century British artist and illustrator, who did the illustrations for Shirley Hibberd’s 1870 book, The Seaweed Collector. After cross-checking the illustrations between the two books, we know definitively that the former owner interleaved plates from Shirley Hibberd’s book into this volume, again proving the customisability of book binding. We can even locate the cut-out illustration of “The Gulfweed” to page 21 in Hibberd.

The former owner, having removed the plates from their original context, has handily created his or her own keys to the species featured in the illustrations. Each illustration, already numbered, has been given a corresponding explanation on the facing page, as we see here. 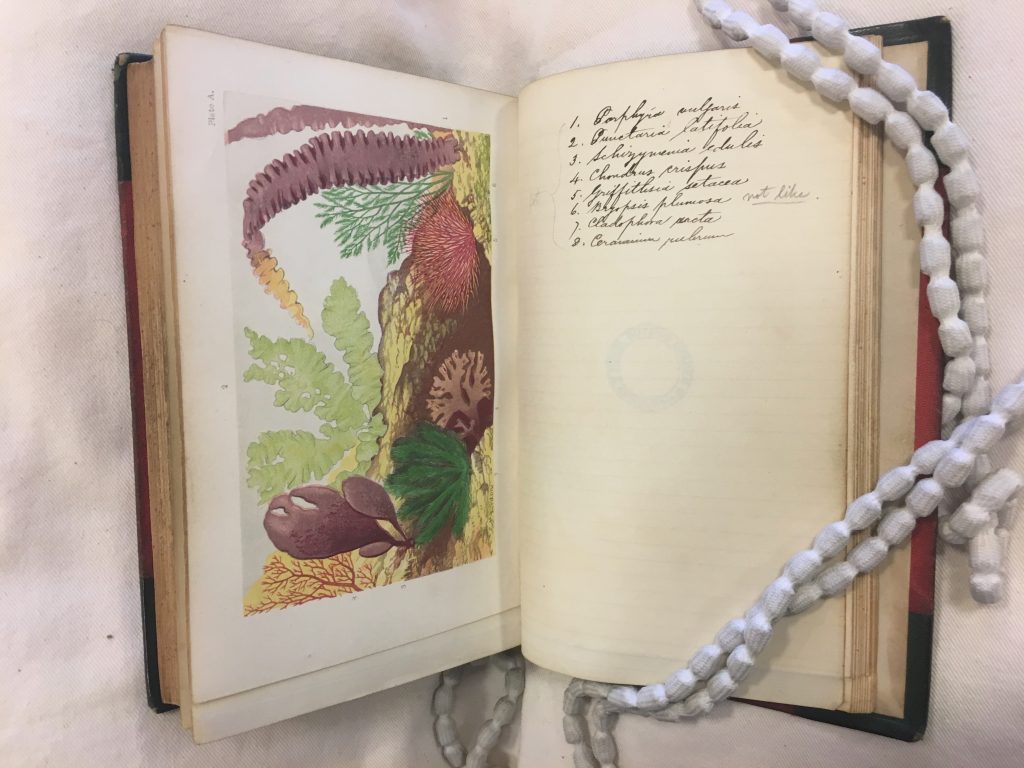 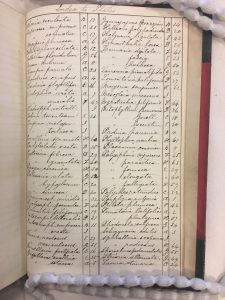 To complement these keys, the former owner has also created a hand-written general index to all the species in the illustrations.

For more information on Hibberd’s The Seaweed Collector, two fully digitised copies are available here. The catalogue record for British Marine Algae can be found here and a ‘standard’ digitised copy (without insertions) is available from the University of Toronto here.