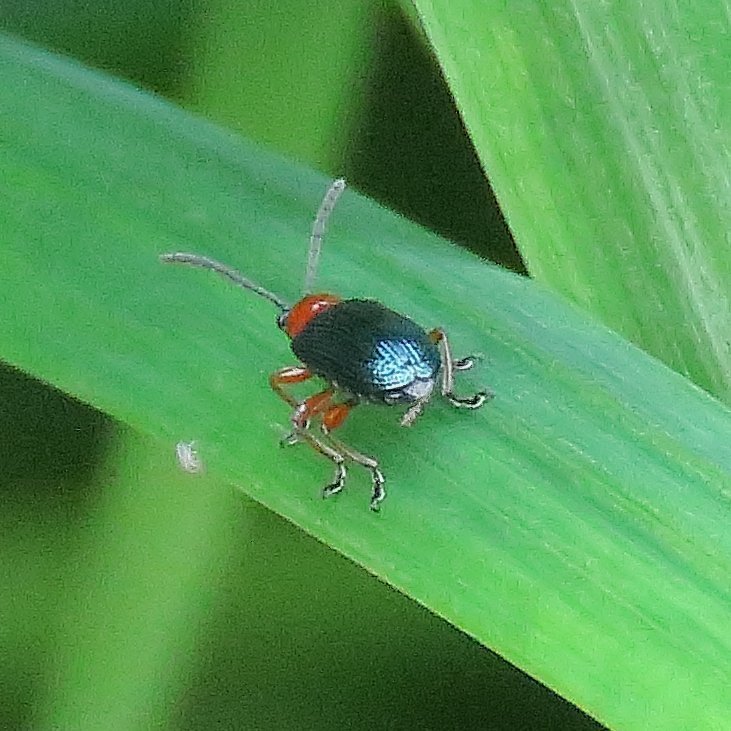 August 2018 was cooler and wetter than July, much more like an average August. The mean maximum temperature was 18.7°C and the month’s highest temperature was 24.6°C on 2nd. Though a frost-free month, the grass minimum dipped to only +1.3°C at the month’s end. In contrast to July, there were only eight totally dry days, four of them being at the end of the month, 27th–30th. Total rainfall amounted to 69.6 mm, slightly above the post-1976 average. There were just under157 hours of sun, very slightly (98%) below the post-1976 average. Only four days had more than ten hours of sunshine.

Five species were added to the Garden’s wildlife list during August, taking it up from 1,060 to 1,065: one moth, one leaf-hopper, two flies and one beetle.

Birds Thirty-two bird species were recorded in August at RBGE, one more than in July and again reflecting that it is harder to spot birds in midsummer. House Martin was recorded again once (22nd) but there were no records of either Swift or Swallow. There were at least four sightings of Kingfisher, spread throughout the month, suggesting that they were probably around on more occasions than records suggest. Grey Herons were also present regularly throughout August, with three seen together on at least one date (29th). Nuthatch was heard calling near the herbarium on 31st, and Stock Dove was heard on three dates. The complete list of 32 species recorded during August 2018 was: Blackbird, Blackcap, Black-headed Gull, Blue Tit, Bullfinch, Carrion Crow, Chaffinch, Chiffchaff, Coal Tit, Dunnock, Feral Pigeon, Goldcrest, Goldfinch, Great Spotted Woodpecker, Great Tit, Greenfinch, Grey Heron, Herring Gull, House Martin, Kingfisher, Lesser Black-backed Gull, Long-tailed Tit, Magpie, Mallard, Moorhen, Nuthatch, Robin, Sparrowhawk, Stock Dove, Tree Creeper, Wood Pigeon, Wren.

Mammals and amphibians A Fox was seen on 31st and a House Mouse on 10th, while Common Frog was recorded twice (2nd and 31st). 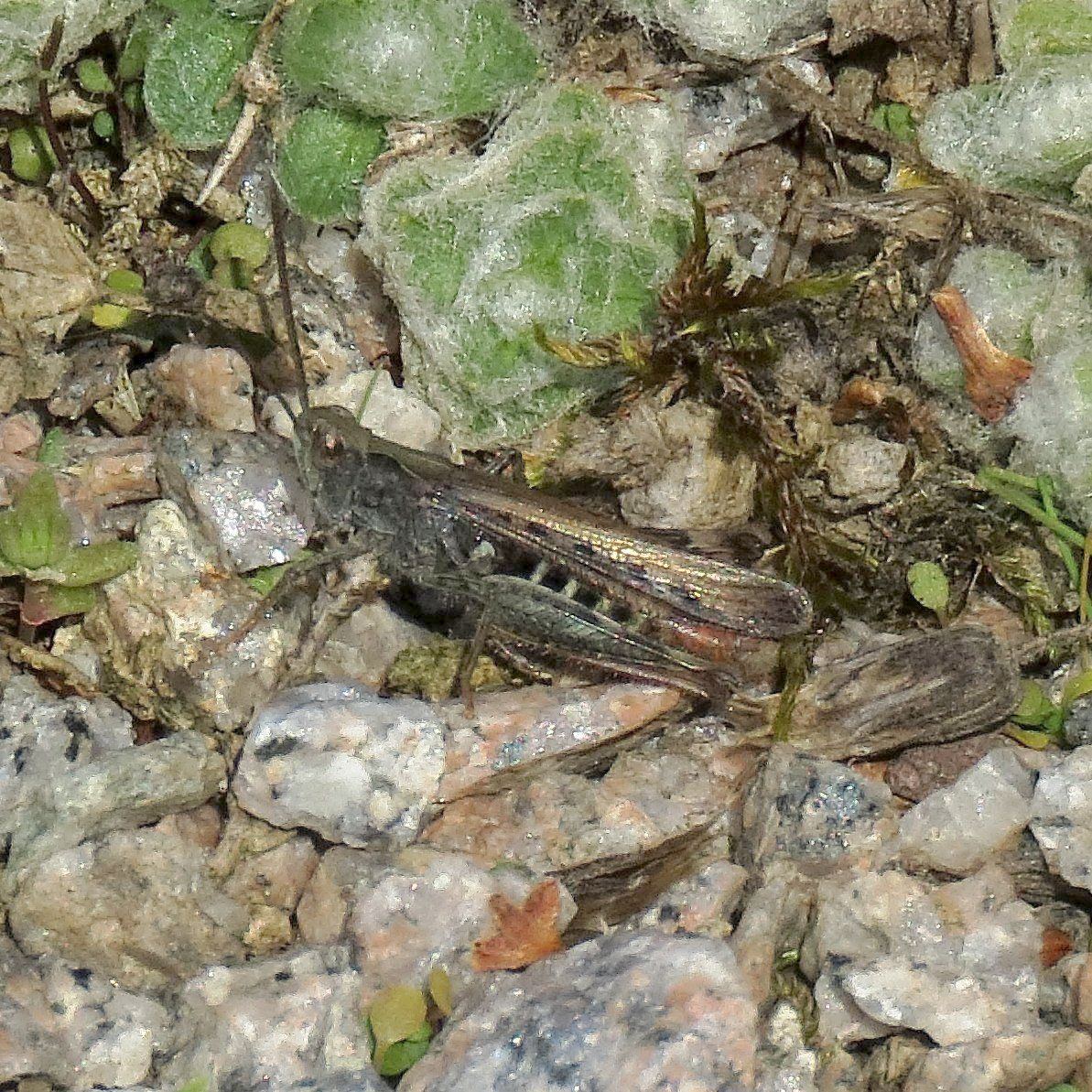 Insects and other invertebrates: August 2018 was another great month for recording Odonata (dragonflies and damselflies) at RBGE, with five species seen. These were Emerald Damselfly (4th, 6th, 16th, 20th and 29th), Four-spotted Chaser (10th), Common Darter (29th), Black Darter (6th) and Common Hawker (16th and 29th). Once again I am grateful to Ken Dobson for these dragonfly and damselfly records although on 16th the two of us shared the pleasure of seeing one of the Emerald Damselflies and the Common Hawker recorded that day. August was a slightly better month than July for butterflies, with five species seen: Green-veined White (1st-4th, 6th, 16th and 29th) and Small White (14 dates throughout the month), Speckled Wood (15th), Small Tortoiseshell (10th) and Painted Lady (16th, 25th and 29th). Twenty-two moth species were recorded during the month, eight of them as leaf mines and the other 14 in the moth trap. One of the leaf-mining moths, Long-streaked Midget, which mines the leaves of Goat Willow, was a new Garden record. Wool Carder Bees were only seen on the first two days of the month, suggesting that the 2018 flight season (first record 6 June, last 2 August) was two to three weeks shorter than last year’s (first record 1 June, last 24 August). The commoner bee species were recorded throughout August, with Tree Bumblebee seen on four occasions (7th, 10th, 16th and 30th). A Fork-tailed Flower Bee was seen on 29th and Field Digger Wasps on two occasions mid-month. It was a good month for hoverflies, with 11 species seen. As well eight species also recorded in earlier months, Tapered Drone-fly (throughout from 1st), Scaeva pyrastri (1st) and Dead-head Hoverfly (throughout from 4th) made their first appearances of 2018. The mines of 21 different leaf-mining flies were seen. Two new additions to the Garden’s list of flies were recorded: Paykullia maculata and Bicellaria aff. pilosa, both on 29th. Other fly records included two greenbottle species and the rather spectacular orange-and black fly Tachina fera (29th) which is common in late summer and autumn. Rose Leaf-hopper was a new addition to the Garden’s list. Other bug records included Forest Shield-bug (21st), Parent Bug (adult looking after many nymphs, 29th), Birch Shield-bug (7th and 29th), Birch Catkin Bug (7th) and Common Sycamore Aphid (1st). A brightly coloured beetle was photographed by Ken Dobson on 20th and identified as Cereal Leaf Beetle, a new record for the Garden. In addition to this, 7-spot Ladybird (three dates), 2-spot Ladybird (4 occasions), 14-spot Ladybird (29th), Cream-spot Ladybird (29th), Red Soldier Beetle (until 7th) and Figwort Weevil (1st and 4th) were seen. Common Field Grasshopper was photographed by Ken Dobson on 29th, only the second record in the Garden of this species (the first was in July 2016). Two barkflies were seen: Ectopsocus petersi on 1st and Ectopsocus briggsi on 17th. The first harvestman species of the year, Leiobunum rotundum, was recorded throughout the month in its favourite spot just outside the west wall of the Herbarium building. The galls of five species of gall mite were recorded during August. Lastly, Garden Snail was recorded on 29th. 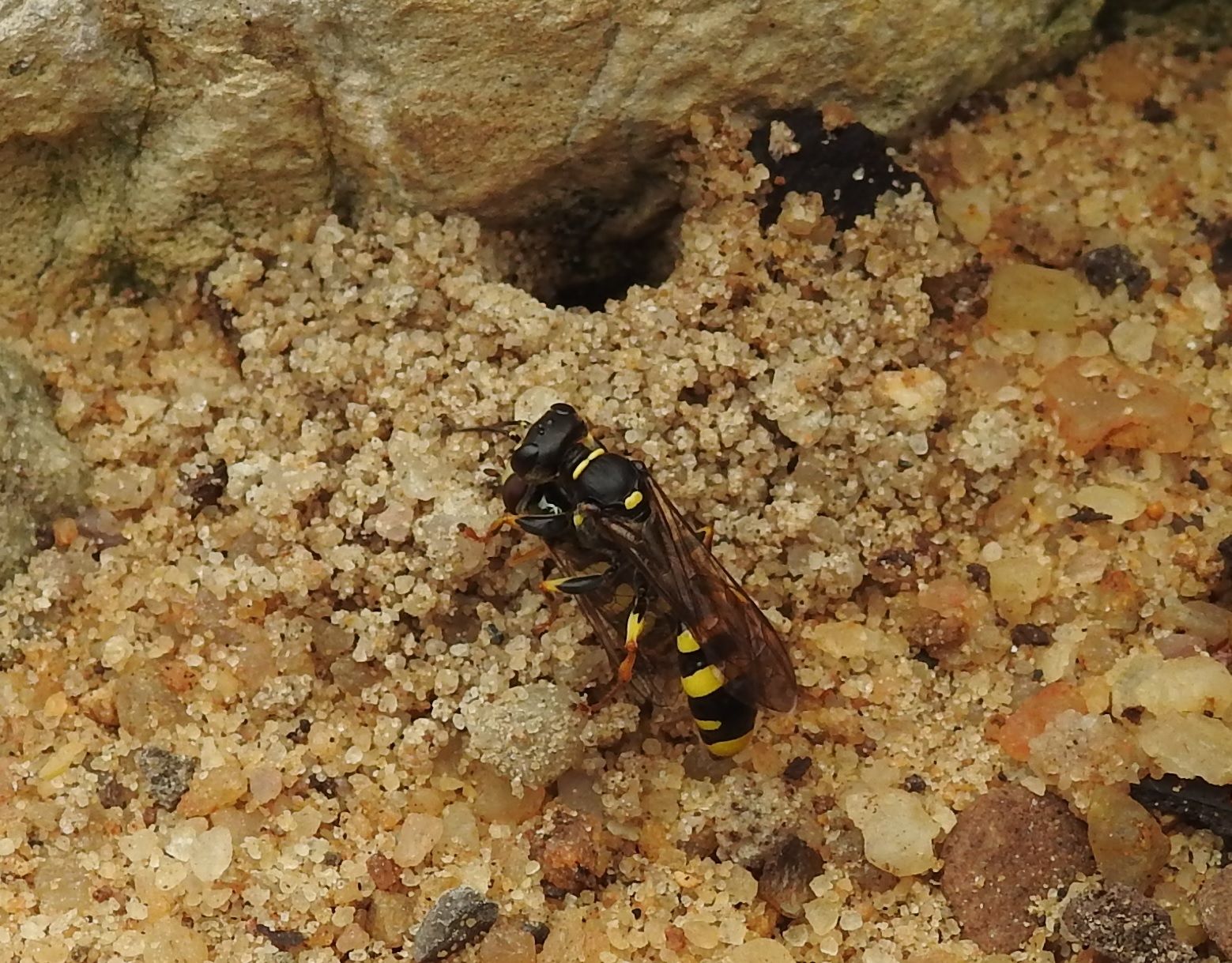