The torch ginger genus, Etlingera, is distributed from India in the western through SE Asia to Australia and Fiji in the east. Botanical collections made in the 19th century document the presence of the species E. linguiformis at localities just east of Darjeeling and these were thought to be the most westerly records of the genus. 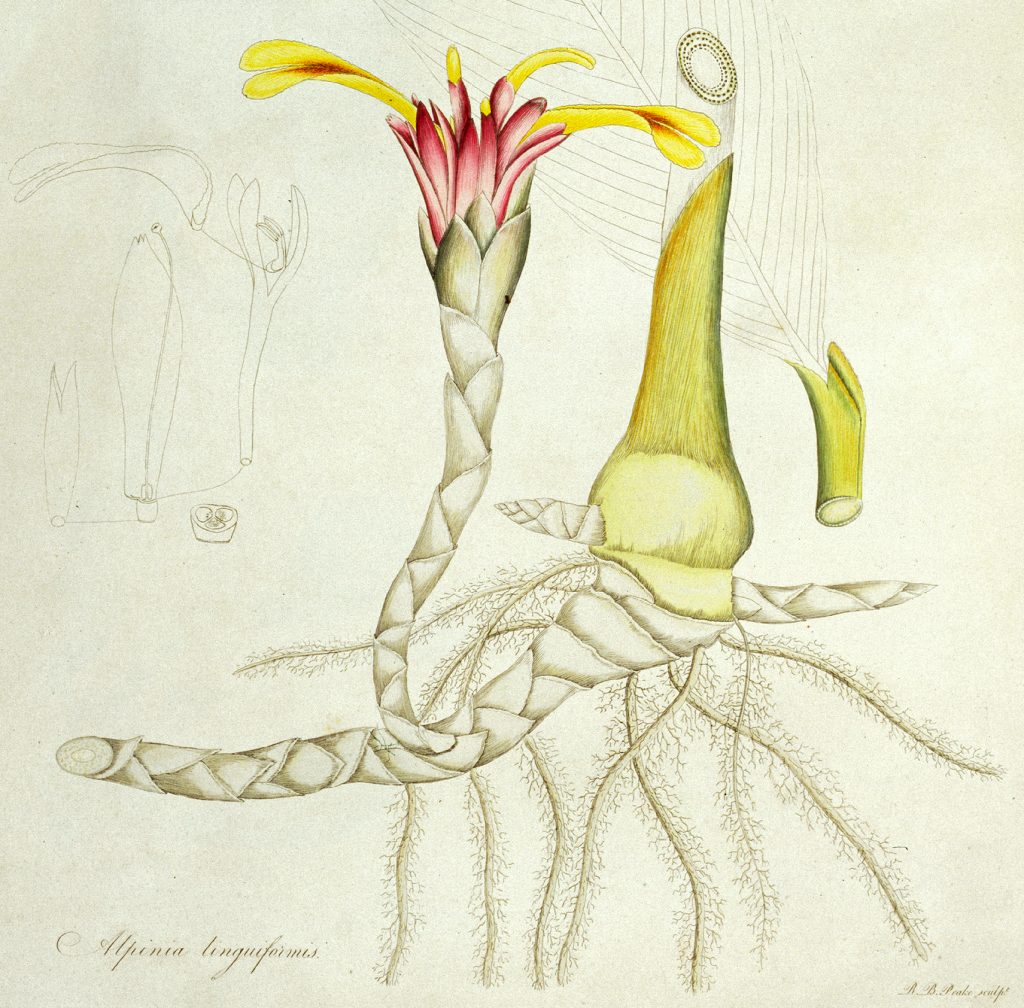 The type of Etlingera linguiformis is a plate in Roxburgh’s Plants of the coast of Coromandel (1795, 3: plate 276).

New fieldwork is essential to prepare a treatment of the ginger family for the Flora of Nepal. As Darjeeling is less than 20 km from the Nepalese border, I have for several years suspected that Etlingera is likely also to occur in the easternmost part of Nepal. Thus in July 2016, Bhaskar Adhikari and I decided to make a special effort to look for Etlingera and other interesting plants in Eastern Nepal.

When we reached the town centre of Ilam in Eastern Nepal, we showed photographs of the flowers of E. linguiformis to local people and asked if they had seen it. Some people thought they recognised it but they could not provide precise directions, and despite searching the area Bhaskar and I left without having been able to confirm its presence.

At that time, Krishna Ram Bhattarai was leading the District Office of the Department of Plant Resources in Ilam and was particularly active contacting local people and follow up on our quest. In May 2018, he brought to my attention a photograph supposedly of an interesting ginger. After meeting up in Kathmandu in July, it turned out to be an aroid and not a ginger.

On 22 October 2018, Nilmani Neupane, a friend of Krishna from Ilam, posted a picture of a flower on Facebook. Krishna was certain it matched the images we had shown him of E. linguiformis and contacted Nilmani. He had collected the plant in the nearby forest two years previously and planted it in his garden because of its medicinal uses, but until it produced flowers it was not possible to identify it with certainty. 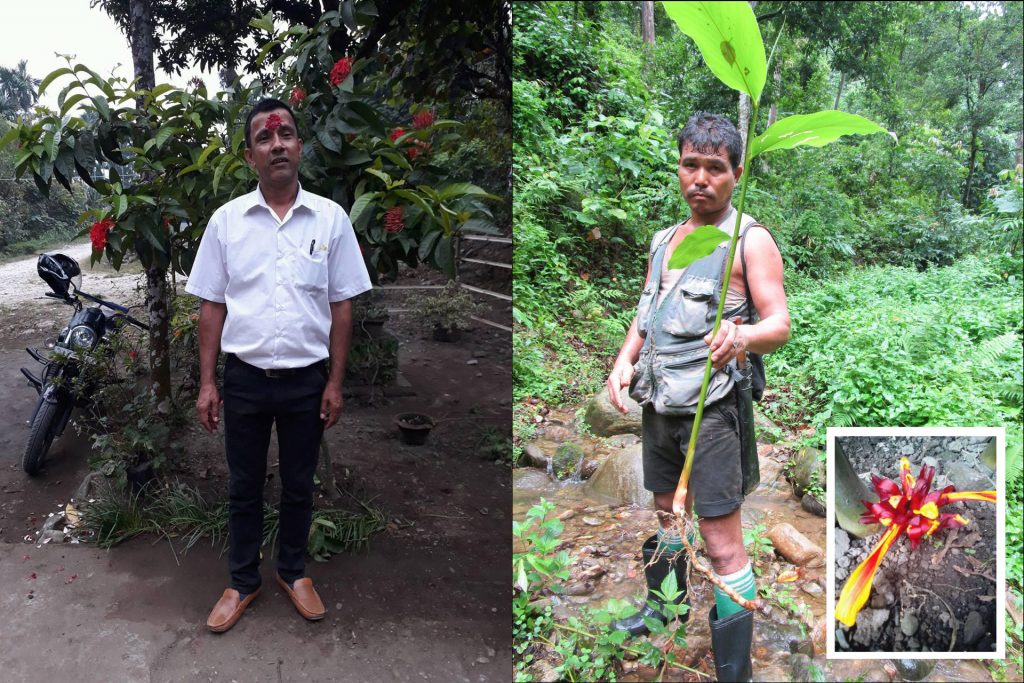 Nilmani Neupane (left) collected Etlingera linguiformis at Ilam in 2016 (sterile plant held by Gopal Dhimal, right ) and the plant later flowered in his garden in Eastern Nepal. In October 2018, Nilmani uploaded a photograph of one the flowers on facebook (inset) which leaves no doubt of the identity.

Although we do not yet have a proper voucher for the herbarium at Kathmandu, it is certain that we have a new generic record for the Flora of Nepal and have extended the range of Etlingera a few kilometres further west.