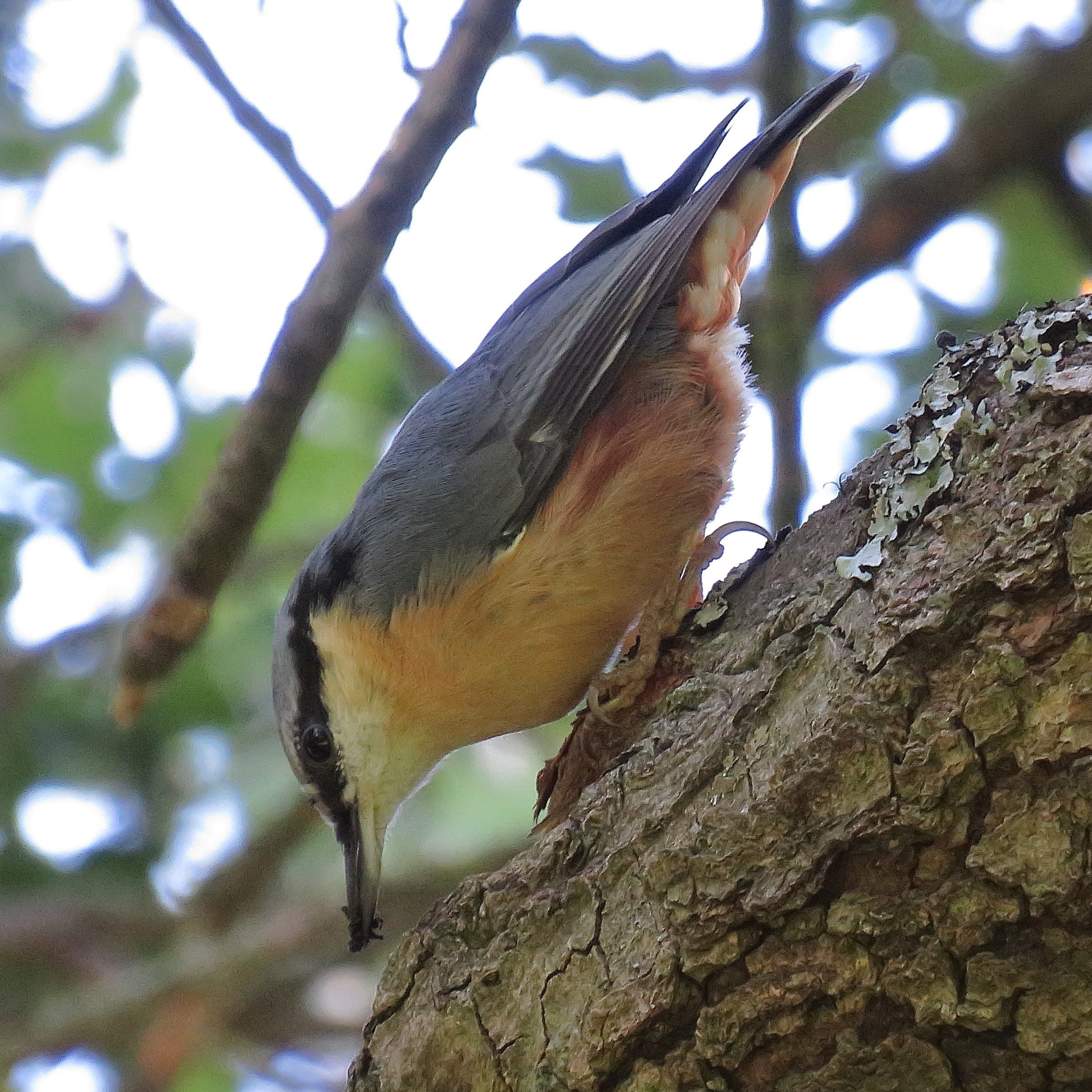 This Garden Wildlife Report for September 2018 is exceptionally late, for which I apologise; I have been on holiday or otherwise occupied for much of October. Since originally posting this on 31 October I now have access to the September weather data for the Garden. It was mostly another fairly mixed, ‘average’ month in terms of rainfall with some pleasantly warm days (top temperature 22.4°C on 2nd) and no really cold spells although the grass, but not air, minima were slightly below freezing on three nights. However, it was wet and windy on 7th and the first storm of the autumn/winter season, Storm Ali, swept in on 19th and caused considerable damage in parts of central Scotland including Edinburgh. Rainfall at 49.4 mm was 82% of the long-term average while sunshine at 138.1 hours was 109% of average. October’s report will probably follow quite quickly so watch this space ….

Six more species were added to the Garden’s wildlife list in September: two moths, a sawfly (identified from its leaf mine on a sycamore tree), a gall-midge (identified from the gall), a bug and a leaf-beetle. The list now stands at 1,071, up from 1065 at the end of August.

Birds Thirty-seven bird species were recorded in September at RBGE. The most unusual was a Kestrel on 27th; this is a species that has not been recorded at the Garden since 2012. Late Swifts were flying screaming over the Garden on three days near the end of the month (23rd-25th), a Swallow was seen on 25th and a Blackcap was present on 2nd. Autumn’s arrival was marked by the first sightings of southward-migrating Pink-footed Geese (29th). At least one Kingfisher was around the Pond on most days from 17th and it is thought that two different individuals were involved.  Nuthatches were also active in the second half of the month. There was a report of an amazing nine Buzzards flying over the Garden on 4th. Oystercatchers flew over on both 22nd (three birds) and 23rd (four) while a Grey Wagtail visited on 11th. The complete list of 37 species recorded during September 2018 was: Blackbird, Blackcap, Black-headed Gull, Blue Tit, Bullfinch, Buzzard, Carrion Crow, Chaffinch, Coal Tit, Dunnock, Feral Pigeon, Goldcrest, Goldfinch, Great Spotted Woodpecker, Great Tit, Greenfinch, Grey Heron, Grey Wagtail, Herring Gull, Jackdaw, Kestrel, Kingfisher, Long-tailed Tit, Magpie, Mallard, Moorhen, Nuthatch, Oystercatcher, Pink-footed Goose, Robin, Sparrowhawk, Stock Dove, Swallow, Swift, Tree Creeper, Wood Pigeon, Wren.

Mammals and amphibians Grubbing activity by Badgers began to be evident on many of the lawns from the 6th onwards. Wood Mouse was recorded on three occasions (10th, 22nd and 23rd: on one of the latter dates Ken Dobson witnessed an unsuccessful attack by a domestic cat). 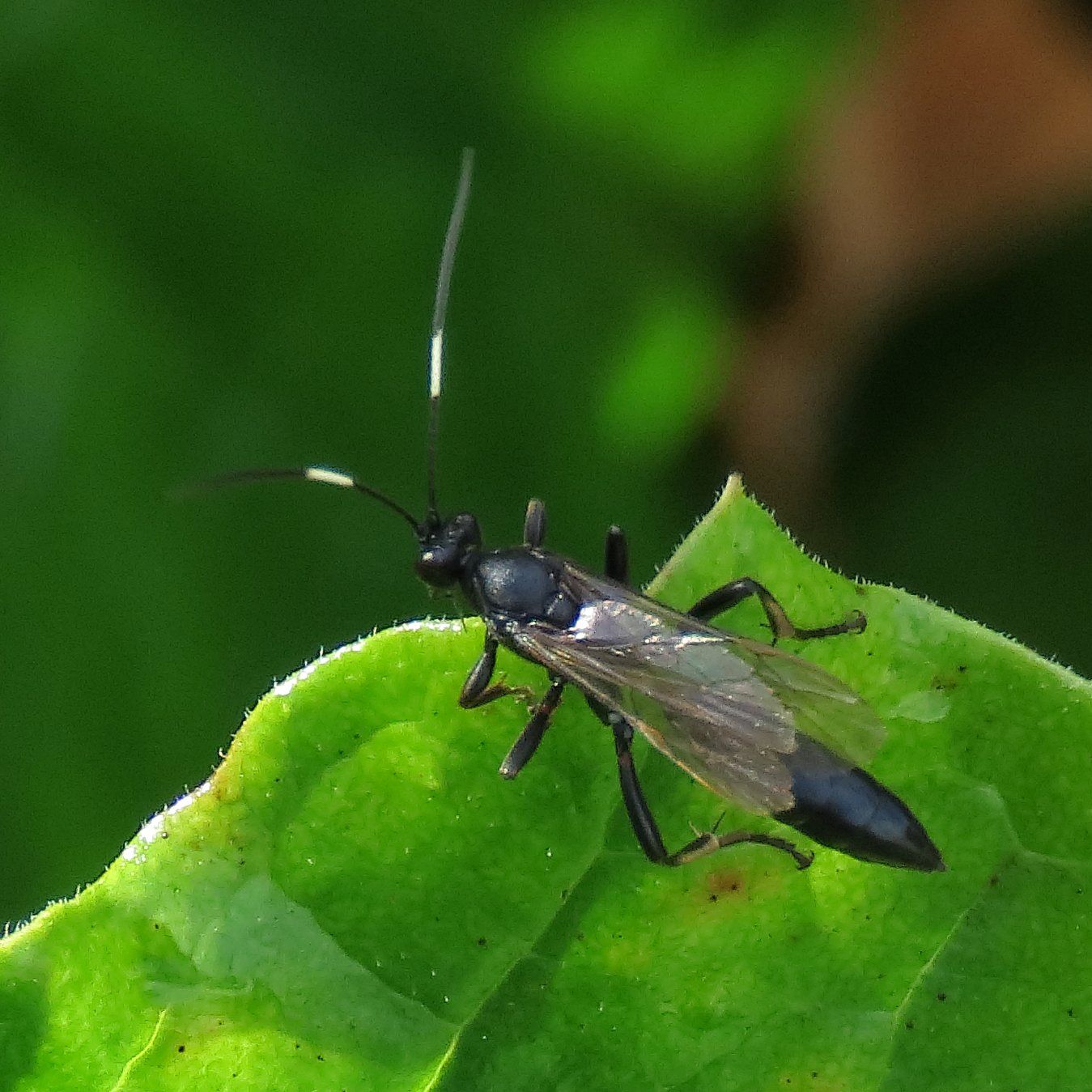 Insects and other invertebrates: No fewer than seven butterfly species were recorded at RBGE during September: Peacock (23rd, 24th), Comma (24th), Red Admiral (most dates from 16th onwards, with a peak of 15 on 24th), Painted Lady (23rd and 27th), Green-veined White (6th and 9th), Small White (4th, 6th, 21st and 22nd) and Speckled Wood (six dates throughout the month). Twenty-three moth species were recorded during September. 10 of them as leaf mines, 12 as adult moths (mostly in the moth trap) and one (Grey Dagger) as a caterpillar. Two of them, Red-lined Quaker, found in the trap on 27th, and Hawthorn Midget (11th), which mines the leaves of apple, hawthorn and rowan, were new Garden records. Common Wasps were active throughout the month but, compared with August, there was a marked drop in both numbers and diversity of bees during September, correlated with many flower species finishing their seasons or in some cases being cut back by the horticultural staff who, for example, carried out their annual swathing maintenance of the Ecological Meadow during September, curtailing insect activity in that part of the Garden. Neither Early Bumblebee nor Large Red-tailed Bumblebee were seen after the first week (6th), while White-tailed Bumblebee was recorded up to the second week (13th). Buff-tailed Bumblebee and Common Carder Bee, however, were flying until the end of the month, but Tree Bumblebee was not seen at all in September. Field Digger Wasps were seen on 11th. Two ichneumon wasps were seen and photographed by Ken Dobson; ichneumons are a huge, very difficult to identify group and neither has yet been positively identified. At least one of them, a species with (unusually for ichneumons) an apparently all-black body and antennae with a white band in the middle, might prove to be a further new Garden record if it can be named, since it does not resemble any species so far found.  Ken’s photo of it is included above. The sawfly Heterarthrus cf. cuneifrons, a new Garden record, was identified from its leaf mine on field maple. In contrast to July and August, the only dragonfly record was of a Common Darter, seen on two occasions. Nine species of hoverfly were spotted, the most notable being Scaeva selenitica on 6th. The mines of 17 different leaf-mining flies were seen, of which the first records of 2018 were made for Acidia cognata, Phytomyza leucanthemi and Trypeta zoe (all on 13th). The gall midge, Dasineura fraxinea, identified by its galling of the edges of ash leaves, was a new Garden record (27th).  Other fly sightings included Short-palped Cranefly (13th, 27th, both on birch trunks), greenbottle (6th, 11th, 13th) and Tachina fera (four dates beween 6th and 21st), as well as a moth fly (Psychodidae sp.) that will probably remain unidentified to species level as they are another notoriously difficult group of insects. Ten bug species were found, including Psallus falleni, a rather conspicuously marked bug of birch trees that is a new record for the Garden. Other bug records included Parent Bug (adult looking after many nymphs, 4th and 6th but not subsequently and probably all washed or blown off during bad weather on 7th, or else predated), Forest (Red-legged) Shield-bug (12th), Hawthorn Shield-bug (6th and 17th), Birch Shield-bug (4th, 6th and 11th), Birch Catkin Bug (27th) and the flower bug, Anthocoris nemoralis (27th). September’s sixth and final new Garden record was the leaf beetle Crepidodera fulvicornis, found climbing up a birch trunk on 27th. (For some reason, birch trees seem to be productive sources of new records!). In addition to that species, Viburnum Leaf Beetle (11th), Pine Ladybird (4th) and 7-spot Ladybird (four dates) were recorded. No barkflies or springtails were seen. The harvestman Leiobunum rotundum was recorded again on 6th but not seen subsequently although a second harvestman species, Paroligolophus agrestis, was found on 11th, while the Garden Spider, Aranea diademata, was photographed by Ken Dobson on 23rd. Finally, the galls of seven species of gall mite were recorded during September. 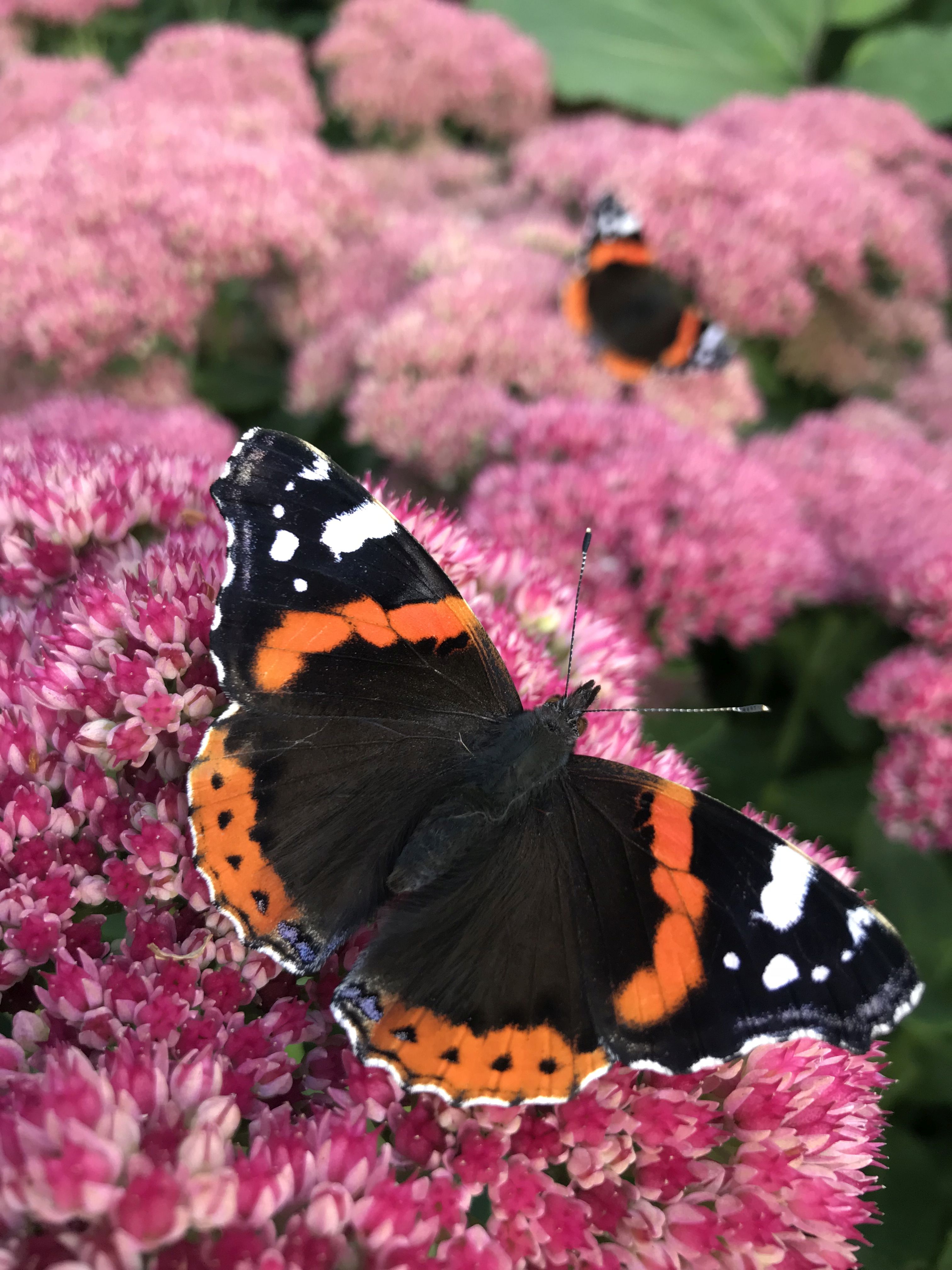