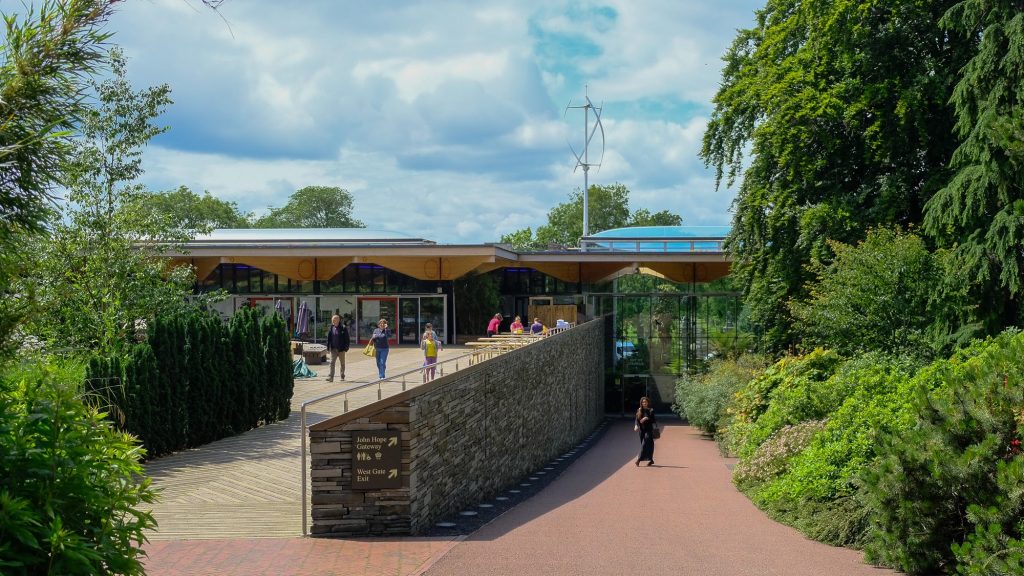 The John Hope Gateway opened in October 2009, it is RBGEs biodiversity and information centre, and the main entrance to the garden at Inverleith.

Within the Gateway visitors are able to find out more about the research staff at RBGE are carrying out across the world, with a mixture of permanent and temporary biodiversity displays. The Real Life Studio provides a dedicated area for talks and interactive sessions. Alongside the biodiversity displays, there is also an exhibition space, with a frequently changing series of exhibitions and performances.

The building has been built to be sustainable and has used green construction techniques throughout. This includes the striking ‘quietrevolution’ wind turbine which provides power for the building and a green roof planted with sedums, providing natural insulation to the building.

The building was named after one of RBGEs former Regius Keepers, John Hope (1761-1786). He was one of the leading botanists of his time and a teacher. It was under his guidance that the Physic Garden at Trinity Hospital and the Royal garden at Holyrood were unified at the one site in Leith Walk in 1763.