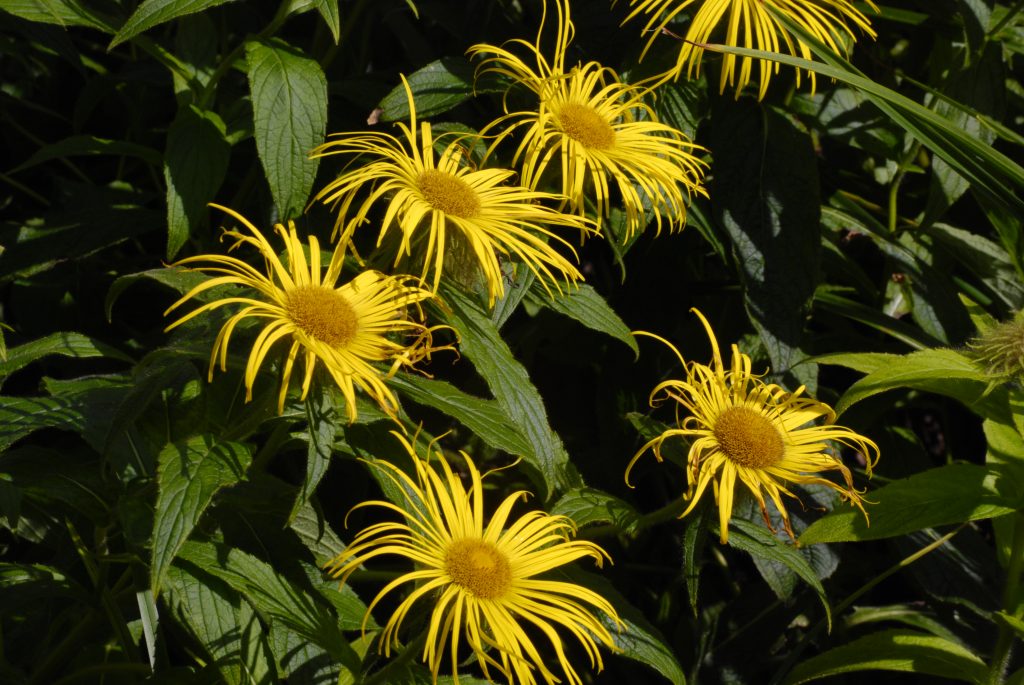 Inula are eye-catching plants native to Europe, Asia and Africa which are widely used in horticulture. Inula hookeri is found in the Himalayas and western China, and this example was collected by the Swiss horticulturalist, Albert Zimmerman. He worked at the Botanical Gardens of Geneva, and joined two Swiss mountaineering expeditions to Nepal, in 1952 and 1954. The first expedition almost made it to the top of Mount Everest, reaching within 250 m of the summit. This team pioneered the route that Hilary and Tenzing used in their successful ascent the following year.

One of the climbers on the expedition collected several plants at 6,350 m or almost 21,000 ft. This is the highest altitude at which plants have ever been found in Nepal. Zimmerman tentatively identified the plants as a Sedum or a Saxifrage, but was unable to confirm their identity, probably because they were just tiny plants clinging on in this extreme environment. In 2015 we visited the Herbarium at Geneva, hoping to see these specimens. Our intention was to try to use DNA barcoding techniques to make a positive identification. Unfortunately the specimens could not be found. Perhaps a curator thought that they were just such poor specimens that they weren’t worth keeping, but maybe one day they will turn up!