It is eight weeks since the expedition returned from Saipal Himal, and it already feels a very long way away. 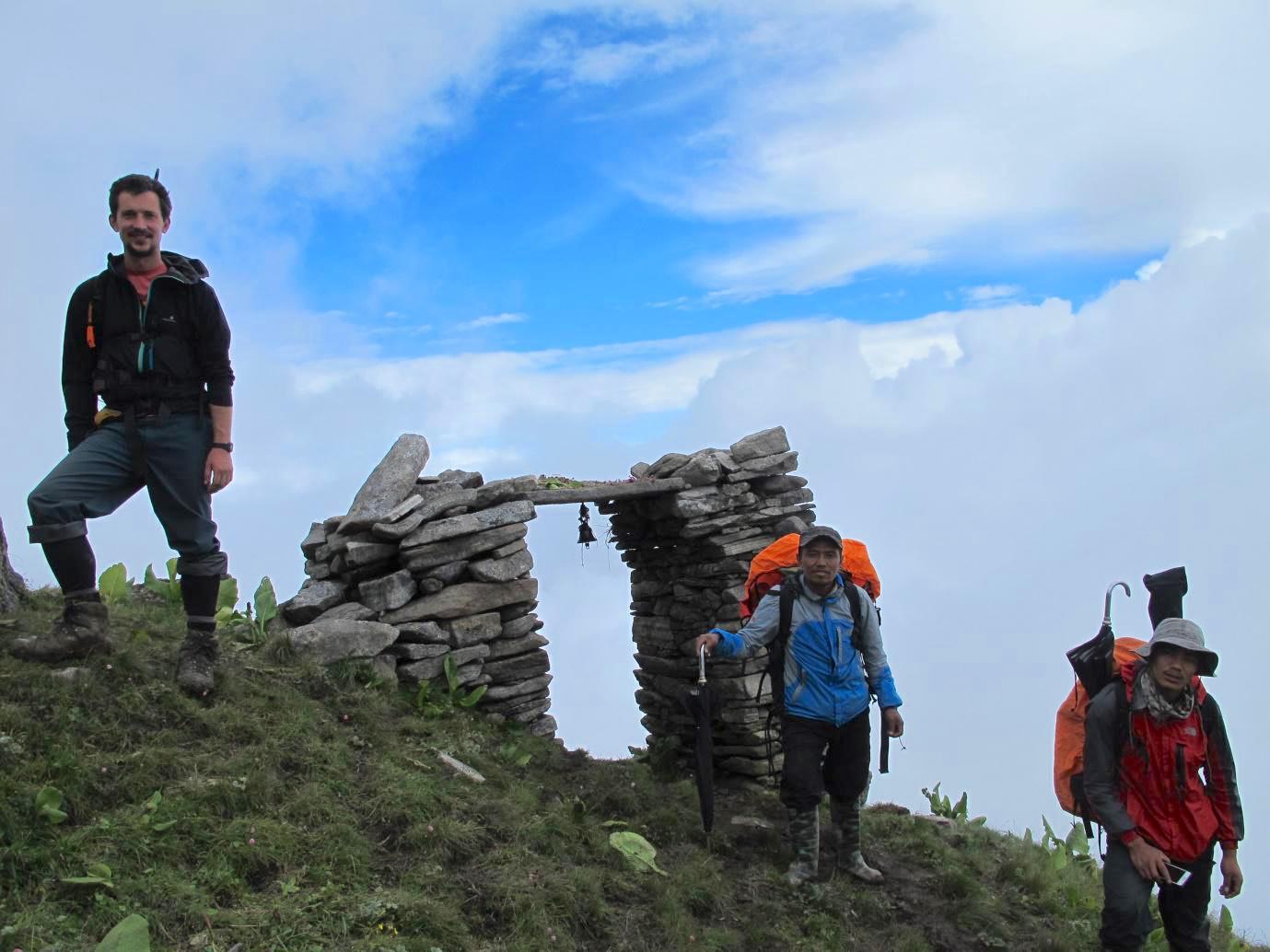 Will Hinchliffe at one of the gates which are characteristic of the trails in Bajura District.

Our trip coincided with South Asia’s wettest monsoon for years, and it brought widespread flooding to large parts of Nepal. Up in the mountains and away from the news we were unaware of the floods, but we were only too well aware of the rain. This was the wettest trip I have ever been on, and the rain made our work much harder. 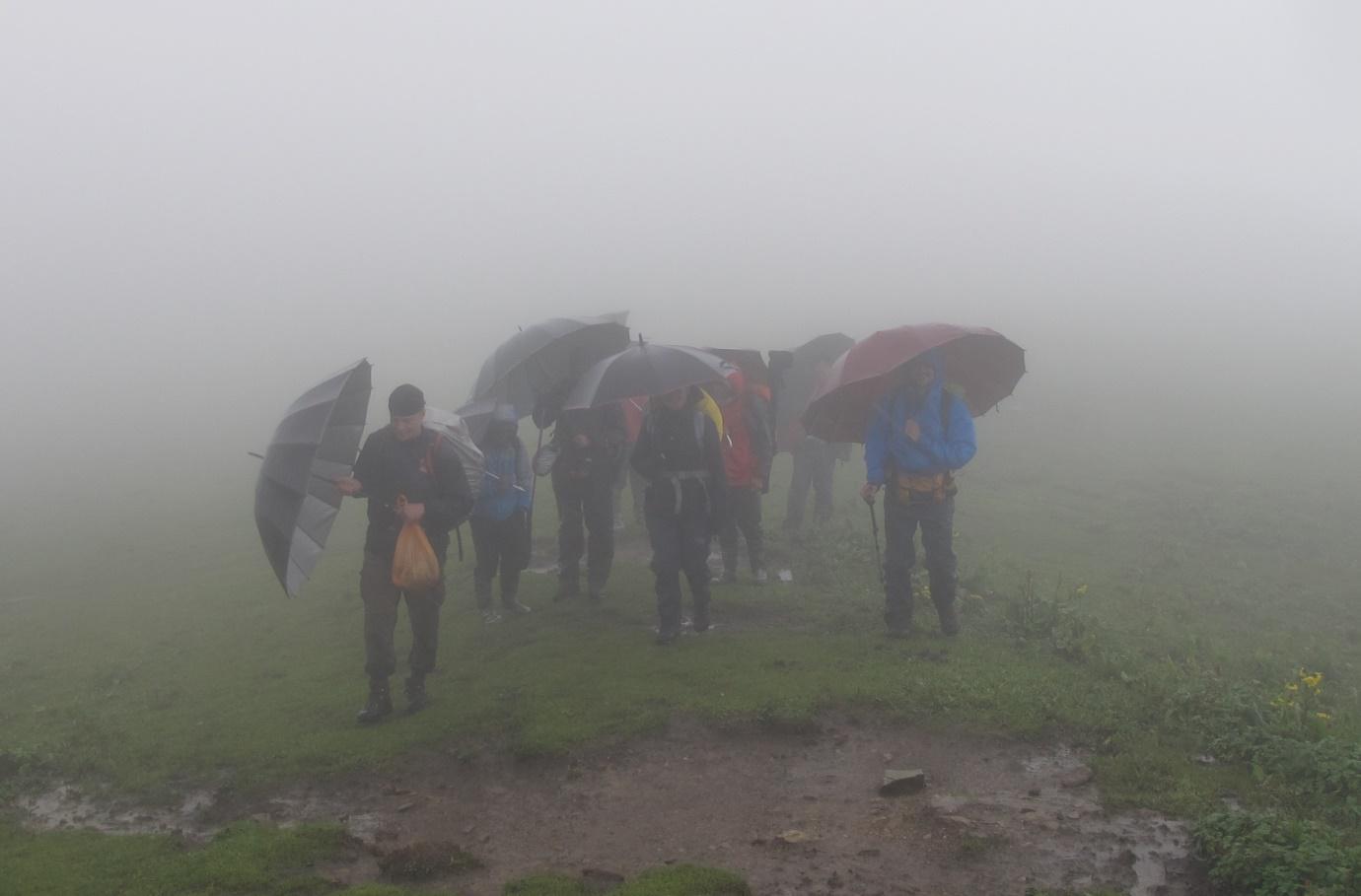 A wet afternoon in Saipal Himal – where are the mountains?

Winds are generally light during the monsoon, so we use umbrellas in addition to waterproofs, but nevertheless we were often soaked when we reached camp. Each day’s plant collections are dried that night over kerosene stoves and most evenings the presses were festooned with boots and clothing. Although this works well it does leave everything with a very characteristic aroma.

Bajura is not on any of the traditional trade routes across the Himalayas, so some of the trails are very poorly maintained and good camp sites are few and far between. As a result we had several long walks to reach the next camp. We also became quite adept at packing the underside of the tents with vegetation to compensate for slopes and even out the bumps. 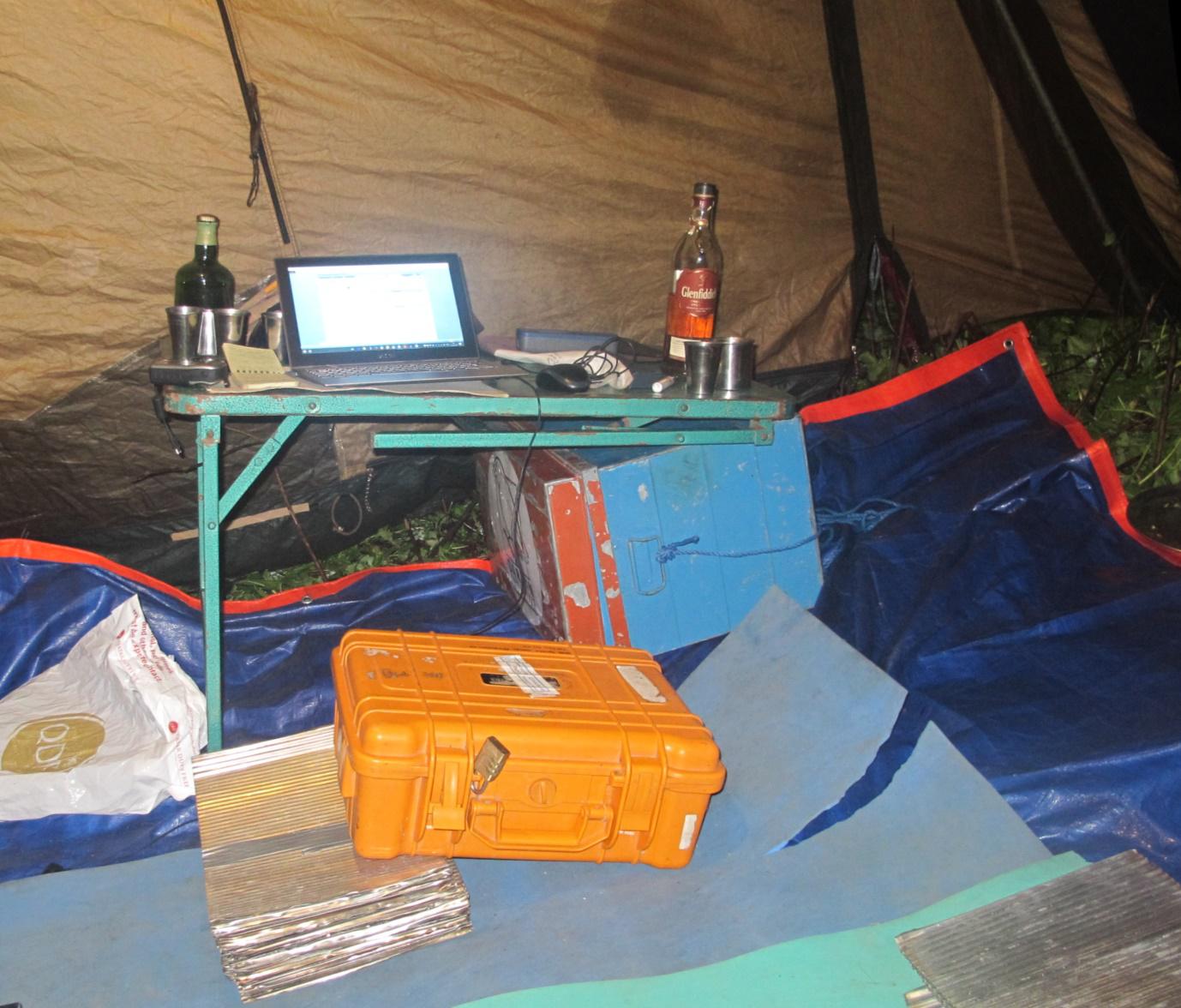 Improvising a level surface for databasing

Despite the hardships all the team members remained in good spirits throughout, and it was a very harmonious expedition. We didn’t see a single snowy peak during the whole of the trek, and though this was disappointing the lack of views became a running joke for us all.

Back in the herbarium at RBGE the next phase of the work is well underway, with the identification and verification of the plants collected. We made a total of 572 collections, and we have already identified about half of them to species.

One question we are always asked is whether we found any new species, but this may difficult to answer. It can be a very time-consuming process to check the literature and herbarium to prove that a newly collected specimen does not match an existing species. On this trip, however, we were accompanied by Professor Hiroshi Ikeda of the University of Tokyo, world authority on the genus Potentilla. Hiroshi has already published the account of Potentilla in Volume 3 of the Flora of Nepal, so he knew at once that one collection he made was a completely new species. In the coming months we will find out if there are any other new species lurking in our collections.

Some videos from the trip

All posts from the expedition 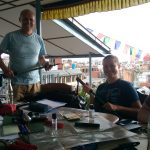 There is a palpable air of excitement among team members as we make our final preparations for the expedition to Saipal Himal in western Nepal. Bajura District has... 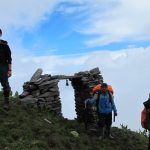 It is eight weeks since the expedition returned from Saipal Himal, and it already feels a very long way away. Our trip coincided with South Asia’s wettest monsoon...