A violet for Walt

The Shawnee National Forest skirts the midwestern town of Carbondale, which is home to one of the campuses of Southern Illinois University. It’s also one of the prettiest areas you may never have heard of, particularly in the spring, as the leaves start to open on the trees in shades of pale greens, yellows and pinks, and the woodland floor is carpeted with wildflowers – mayapples, trilliums, jack-in-the-pulpit, jacob’s ladder, violas, geraniums, lobelia…

I was at the University, as a postdoc with Professor Barbara Crandall-Stotler, between 2001 and 2006. Just across the corridor from where I worked were the lab and office of mycologist and natural historian, the late Professor Walter Sundberg (better known as Walt).

While on a walk with him in the vicinity of Pine Hills, near a site for the simple thalloid liverwort Pallavicinia lyellii (Hook.) Caruth. (the voucher specimen for which was the aide memoir for this tale),  Walt memorably turned my world view around. 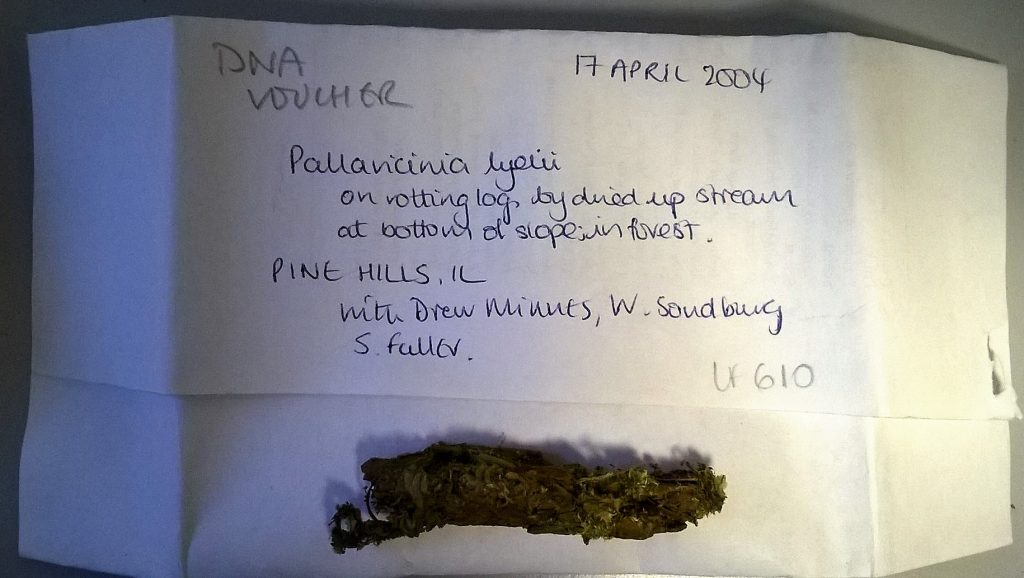 He stopped at the side of the trail, bent over, and picked up one of the scabbiest, most twisted, and sickly viola leaves, presenting it to our small group (myself and two graduate students, Drew Minnes and Susan Fuller) with great enthusiasm. 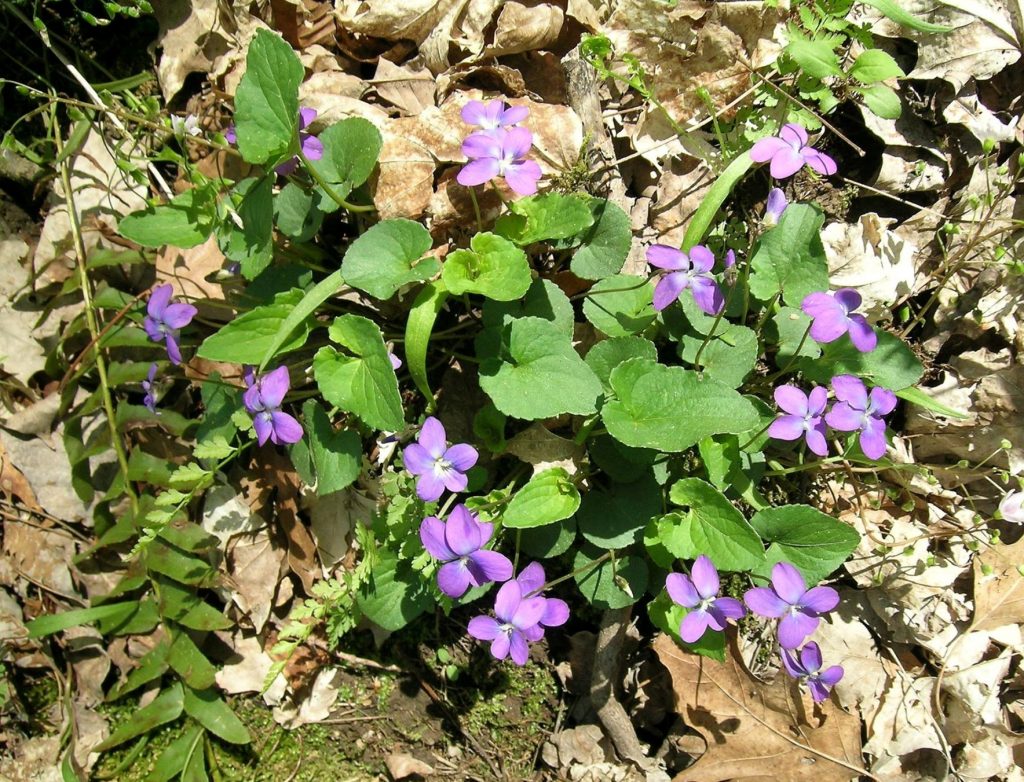 a healthy Viola in the Shawnee forest

This was not, in Walt’s eyes, an example of a struggling, unhealthy plant, but of a fine and flourishing rust fungus…