According to Horticulture Week, one-third of world food production and 87.5% of all flowering plant species on Earth depend on pollinators. Albert Einstein is credited with saying, “If the bee disappears from the surface of the earth, man would have no more than four years to live”. 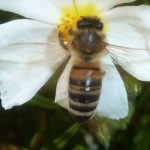 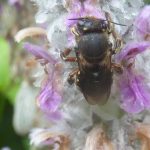 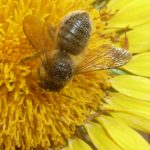 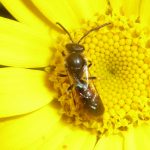 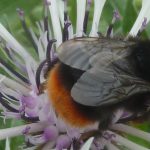 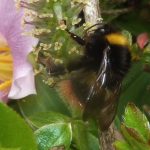 One reason for the decline of bumblebees, honey bees and other pollinators is the use of pesticides. Three neonicotinoid pesticides, which have been blamed for killing bees because they are absorbed by the plant and can be found throughout the plant including the pollen and nectar that the pollinators feed on and collect, have recently been banned by the EU for two years.

Why not  consider buying organically grown plants for your garden? These will not have been treated with harmful pesticides.

Download the RHS lists of plants for pollinators from here.

These web pages have information about making bee hotels: