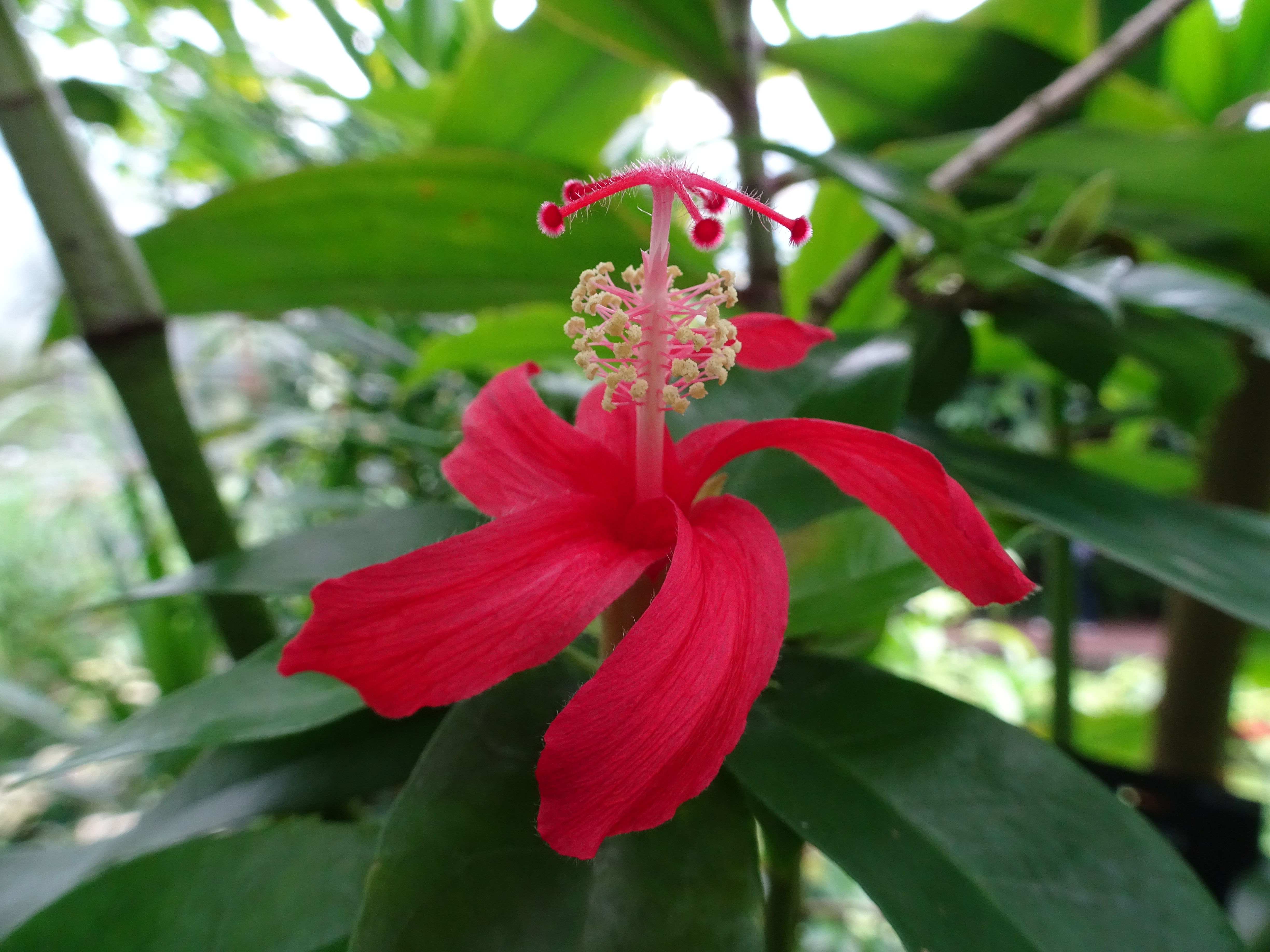 Ah, the Hawaiian Islands. Volcanic islands with steeple-like mountains clothed in rich green vegetation ringed with beautiful beaches, sounds like paradise doesn’t it? Studding the heart of the vast Pacific Ocean this chain of islands is among the most remote in the world. When the islands first emerged out of sea they were naked and devoid of life. All the plants and animals had to come by wind, wing, or water on a very long and treacherous journey. Thanks to the islands’ isolation the lucky plants and animals were able to evolve and have diversified to take advantage of the many different opportunities available. This evolutionary radiation is reflected by the fact that nearly 90% of the native plants and animals are found nowhere else on Earth! The Hawaiian Islands are truly a crucible of evolution to rival the Galapagos Islands made famous by Charles Darwin.

One of the rarest Hawaiian plants is Hibiscus clayi. This tall shrub is only found wild on the island of Kaua’I where it calls the dry forests of the Nounou Mountains home. The small, yet showy red flowers last only a single day and are pollinated by nectar seeking birds, butterflies, and bees.

In 1928 it was noticed that introduced cattle were quickly destroying the hibiscus’ natural habitat. The cattle were removed, but the damage had already been done. In 1998 only four plants survived in the wild, but since then not much regeneration has happened despite replanting efforts.

The pressures on many unique Hawaiian species is reflected by the fact that over 25% of the species found on the United States endangered species list are from Hawaii. A glimmer of hope still remains as many botanic gardens, the local government, and researchers are working hard to conserve and protect the incredible biological diversity of these islands.