The Pumpkin patch in the demonstration garden has come to fruition. The large flat seeds were sown into containers in May. Through the season the trailing growth produced a steady supply of flowers that developed into a range of shapely and not so shapely pumpkins. Often the growth can trail over two metres in length. The annual Nasturtium growing through the patch is adding colour until the first frost blackens the leaves. The Pumpkin cultivars grown for carving and available in the shops at this time of year are often ‘Hundredweight’ or ‘Becky’.  These are the traditional large, rounded, orange skinned monsters. They need a situation in full sun growing in fertile soil with a regular supply of water through the growing season to maximise their size. 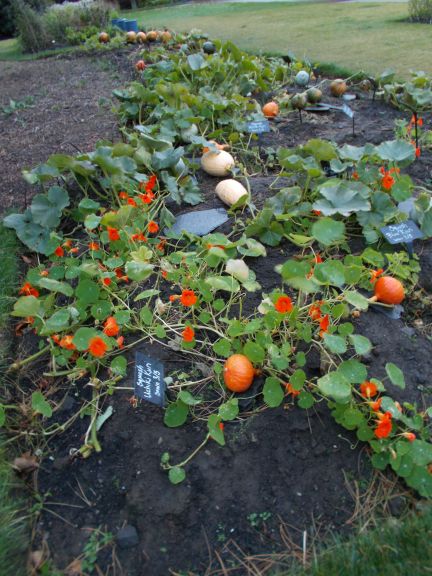 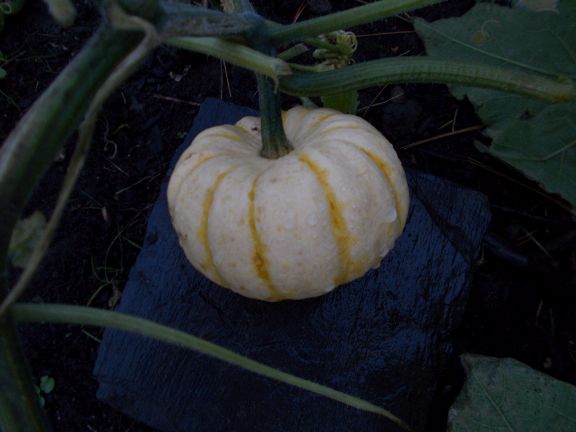 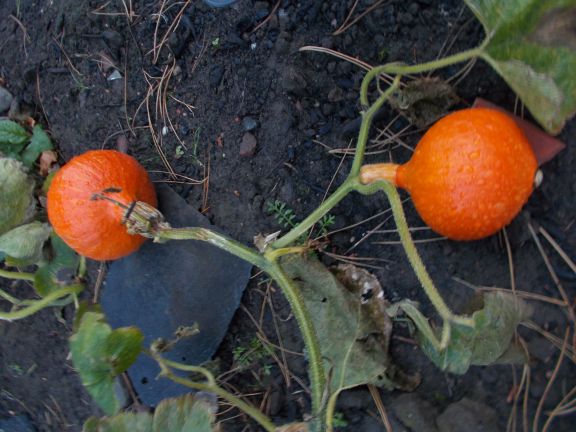