A diversity of forms….. but how do you tell them apart?

To understand giant panda diet you need to understand bamboos and there are many types of bamboos in their habitat. Giant pandas seems to know which is best to eat but telling the species apart is not easy. In fact many species appear so similar they can even confuse the experts! 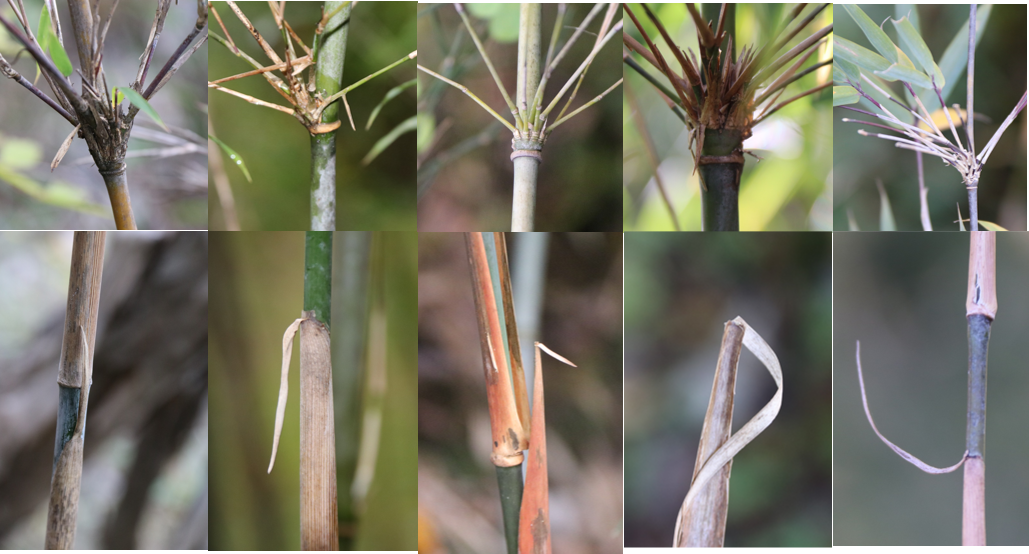 Recently we spent time in Sichuan, China in the field collecting the various bamboos that occur in giant panda habitat and visiting herbaria to look at the specimens that have been identified and described by experts (taxonomists). By doing this we hope to understand exactly which bamboo species occur where, and how bamboos on different mountains and in different mountain ranges are related. We were also searching for panda poo so we can compare information on the bamboos in their habitat to the diet – but read the trip blog here.

Giant panda mostly eat bamboos, yet there have been over 60 different species reported in the diet and this can vary between locations and we know from previous research that pandas have preferences and different species have different nutritional content. However, to the untrained eye (and even sometimes the experts), bamboos are very difficult to tell apart. The flowers of many plants are the key to species identification but bamboos rarely flower, sometimes only once every 100 years, so a range of characters in the leaves, roots and stems have to be used and this can make telling them apart very difficult. It can also get confusing because some species appear similar (probably because they occur in similar environments) but aren’t very closely related. All this makes identifying bamboos very difficult and the scientific literature is full of changes to the taxonomy and relationships of bamboos making it difficult to piece together previous work from a range of different places and times into a complete picture of the bamboos in giant panda habitat and diet.

In September and November we spend over 6 weeks collecting different bamboos from different locations across three mountain ranges where giant panda occur. Sometimes identification is straightforward if you know what to look for, often it is difficult leading to misidentification. At one location we found a species that no one had realised was there, even though most days someone has probably walked passed it! Plus, as you see more individuals you start to notice slight differences in their appearance and growth. In some locations one species grows in widespread dense forests and one clump is difficult to separate from another, while in other locations, this same species appears smaller and clumps are clearly separated. It might be due to different environmental conditions or perhaps they aren’t really the same type of bamboo….. we must now wait impatiently for the result of our DNA analyses to answer this question.

We aren’t just looking at the bamboos we have been collecting this year though. We have also visited herbaria and collected material from specimens from different years and even the same specimens that were used to originally describe the species (these are the type specimens).

Even examining type specimens can raise more questions than it answers as we discovered, when, while searching through the many herbarium specimens, we found the type specimen of one species didn’t appear to match the published description. We will extract the DNA from these herbarium specimens to find out more about it (read the first in a series of blogs about how we do this). We will compare the DNA sequence from our recently collected samples to these types to confirm the identification and the sequences from herbarium samples from different years to understand if the bamboos present at a location have changed over time. Types are very special specimens and cannot be replaced so being able to compare the DNA of a type to your own collections doesn’t happen very often!

Now we will take all our samples and return to the lab, where there will be many more months of work to find out exactly how the different bamboos in giant panda habitat are related.

Acknowledgement – We thank Tangjiahe, Laghegou and Wanglang Nature Reserves and the China Conservation & Research Center for the Giant Panda for allowing access and for the invaluable help of their staff in the field and also the Herbarium at the Sichuan Agricultural University, Duijangyan Campus.