If you’re ever in the Garden when the temperature is near or below freezing, you may notice that some of the evergreen rhododendrons look rather sorry for themselves. Their leaves may be drooping, or rolled up like a cigar, or both. However these movements are not signs that the plants are in trouble – quite the opposite. They are simply protecting themselves against the cold. 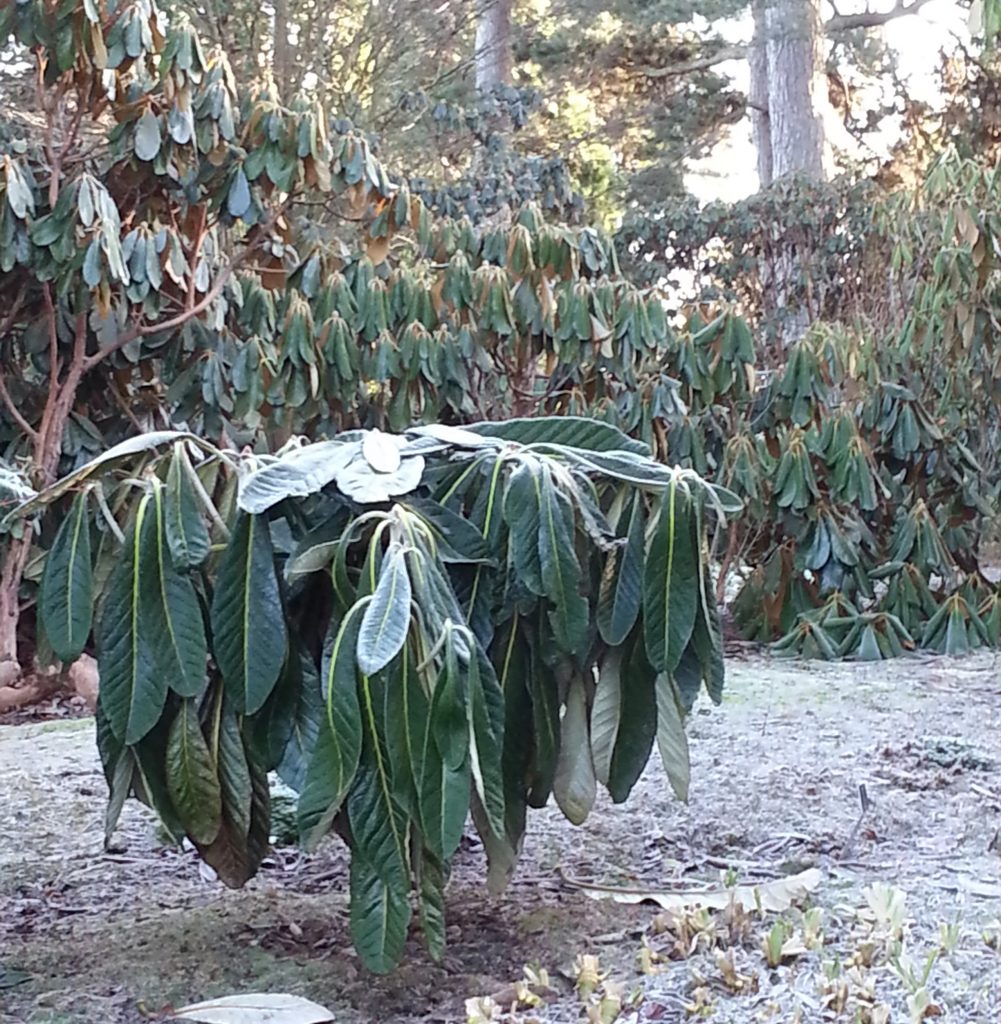 The first person to write about this phenomenon was Charles Darwin in 1880. He had noticed that plant parts, especially leaves, move under the influence of light, water and temperature. Soon after that, scientists began research into the temperature-controlled movement of rhododendron leaves. Leaf-drooping and -rolling when the ground is frozen are often said to be due to the rhododendron being unable to draw up enough water from the soil to maintain the stiffness, or turgidity, of its leaves. However experiments have revealed that this is not necessarily the full explanation and that there are other factors involved in these leaf movements.

Leaf-drooping in cold winter weather is now thought to be a protection against too much sun falling on the leaves. It affects rhododendrons that grow in shady conditions, such as the forest floor. In winter, when deciduous trees in the forest lose their leaves, the evergreen rhododendrons beneath them are exposed to winter sun. If the rhododendrons continued to hold their leaves out almost horizontally, the sunlight, combined with freezing temperatures, would damage the leaves’ ability to photosynthesise (i.e. use light energy to make food in the form of carbohydrates). In the spring, when the need for food quickly increases, the sun-damaged leaves would be unable to photosynthesise fast enough to fuel new growth and flowers, and the whole plant would suffer as a result. So the plant keeps itself fit for the spring growth-spurt by letting its leaves hang down on cold winter days, so that less sunlight falls on them. The drooping movement takes place in the leaf-stalk or petiole and is controlled by the hydration of the petiole. If you feel, or look carefully at, the underside of the petiole of an evergreen rhododendron leaf, you may find the little wrinkles caused by the stalk bending.

Leaf-rolling or curling is a different phenomenon from leaf-drooping. You can see it most clearly in the early morning, after a frosty night, when the leaves on some (but not all) evergreen rhododendrons are tightly curled. Then, as the day warms up, the rolled-up leaves start to uncurl. On such mornings Garden staff have reported hearing a noise like quietly running water: this is caused by the top and bottom surfaces of thousands of rolled-up rhododendron leaves rubbing against each other as they uncurl. 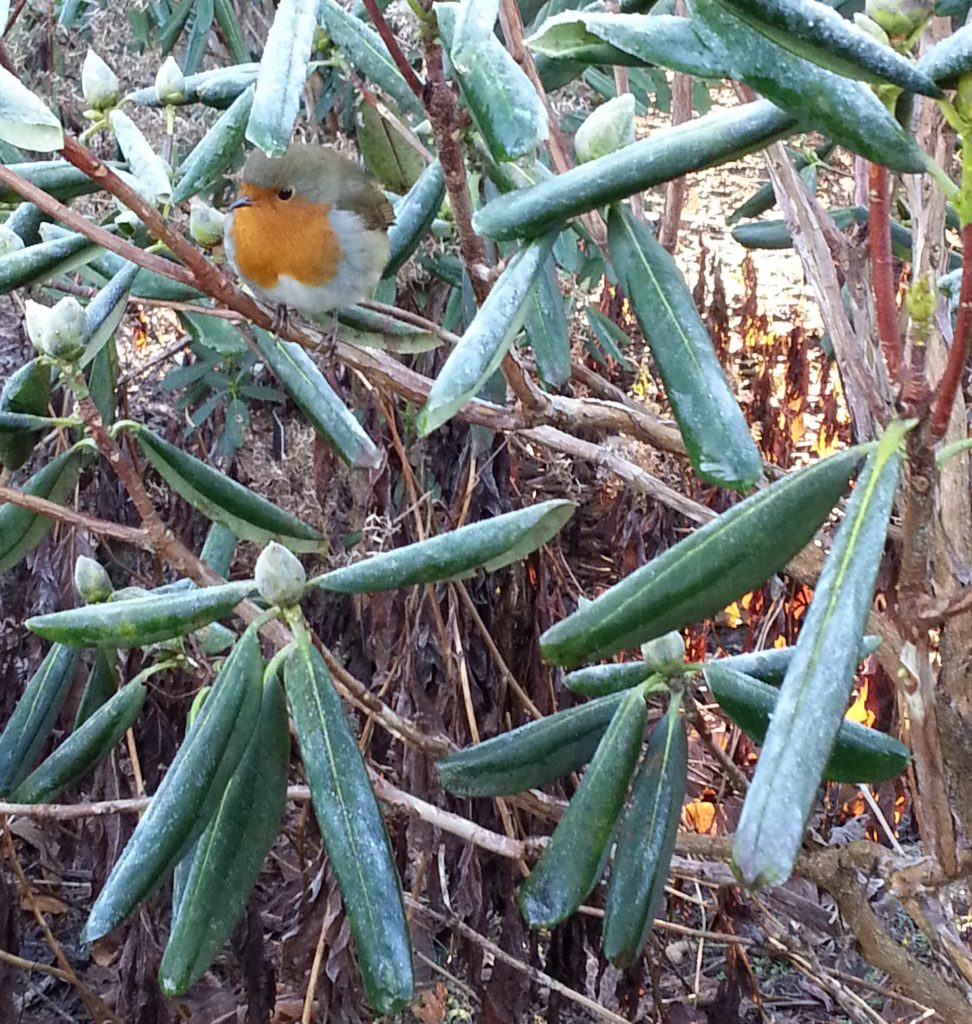 The reason for leaf-curling is not very clear but seems to be linked to leaf temperature rather than irradiation by the sun. Keen gardeners know that one of the greatest dangers to frost-sensitive plants is a night-time frost followed by a rapid thaw when the sun comes up. Rapid thawing causes ice crystals that have developed in the leaf to pierce the protective membrane around a cell and seriously damage it whereas slow thawing helps to prevent this damage. A leaf that is curled will only gradually open up to rising temperatures, thus avoiding a rapid thaw and cell damage.

These leaf movements help evergreen rhododendrons growing in cold environments, such as high mountains or the Arctic, to survive low temperatures over long periods. But not all cold-adapted species display such movements. Some rely on being buried under a thick blanket of snow all winter which keeps them relatively warm, at about 0°C.