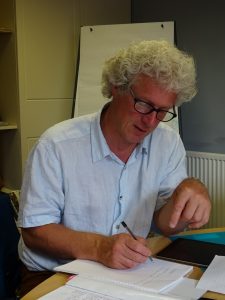 Andy working on the script of his digital story.

People are, by their nature, storytellers. As food is a rich topic for conversation it makes sense to try to gather people’s thoughts about food through the medium of storytelling. This is exactly what the Big Picnic project, running at the Garden, has been doing. A trial of what is called ‘digital storytelling’ has been carried out with a small group of Edinburgh residents. As the name suggests digital storytelling makes use of technology. This sounds sensible enough, but there is the danger that the technology itself can become a barrier.

Our aim was to create a set of short audio recordings that are supported by still images on screen. This is essentially what a digital story is. These stories will be used to stimulate a wider discussion about access to healthy food at events and exhibitions during autumn 2017 and 2018. The idea behind digital storytelling is that it enables people to create their own personal story with the minimum technical fuss. The method is much simpler and quicker than shooting and editing video, for example, and so lends itself to projects seeking to engage the community. 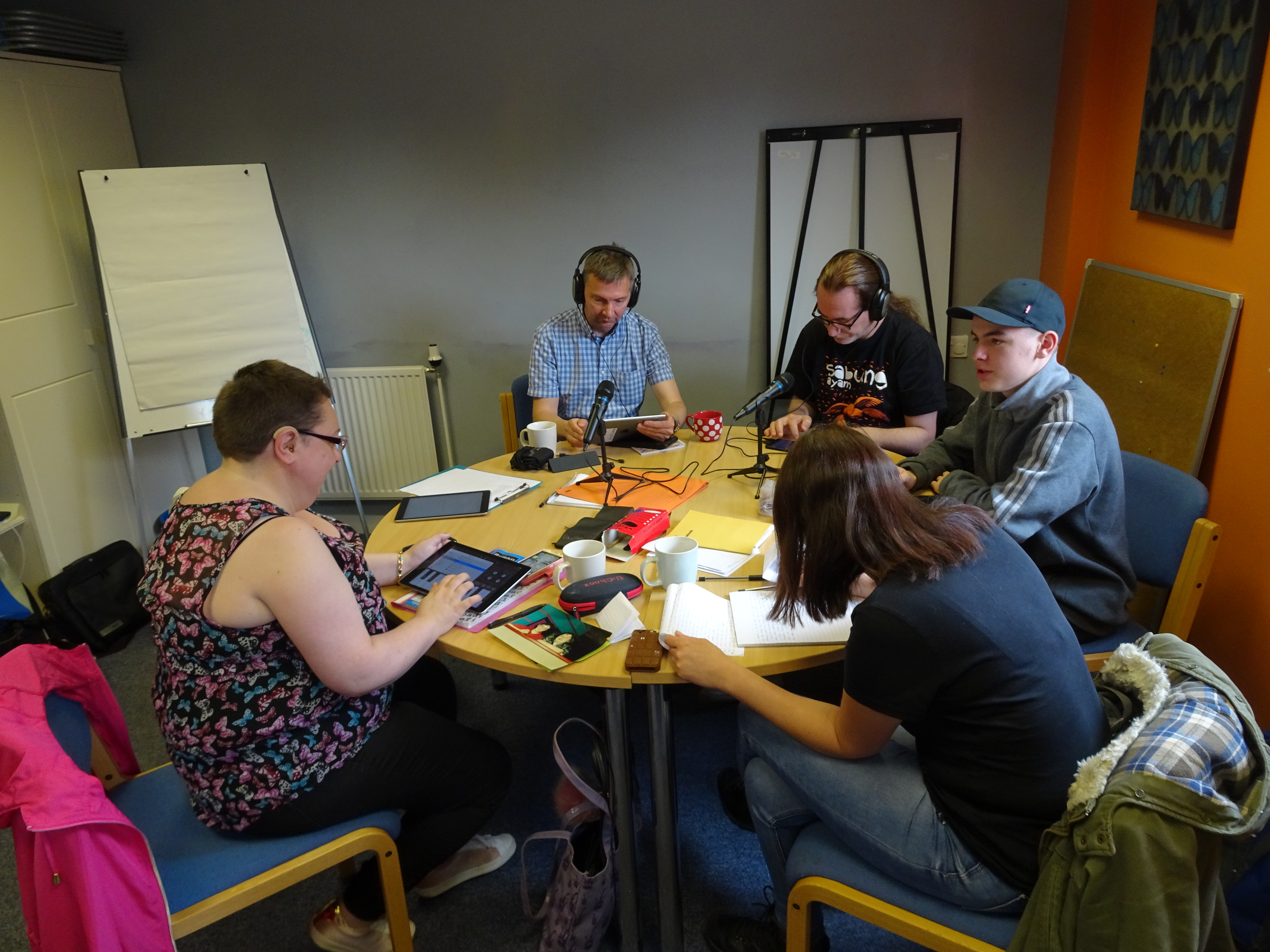 Working at Pilton Community Health Project a series of six two hour workshops took the group through the entire process from begining to end. The stories themselves often flowed quite naturally, and what was impressive was the focus and commitment shown by everyone involved.

Using iMovie on an iPad with a plug in microphone it is possible to very rapidly assemble a digital story from a handful of photographs and an idea. So far, our experience has shown that the technology itself is easy to master. Quite powerful personal stories have been created, and the group has had fun. This is really important when you ask people to give you some of their spare time.

The next step is to address the issue of consent with all the storytellers so that the stories can be shared with a wider audience. 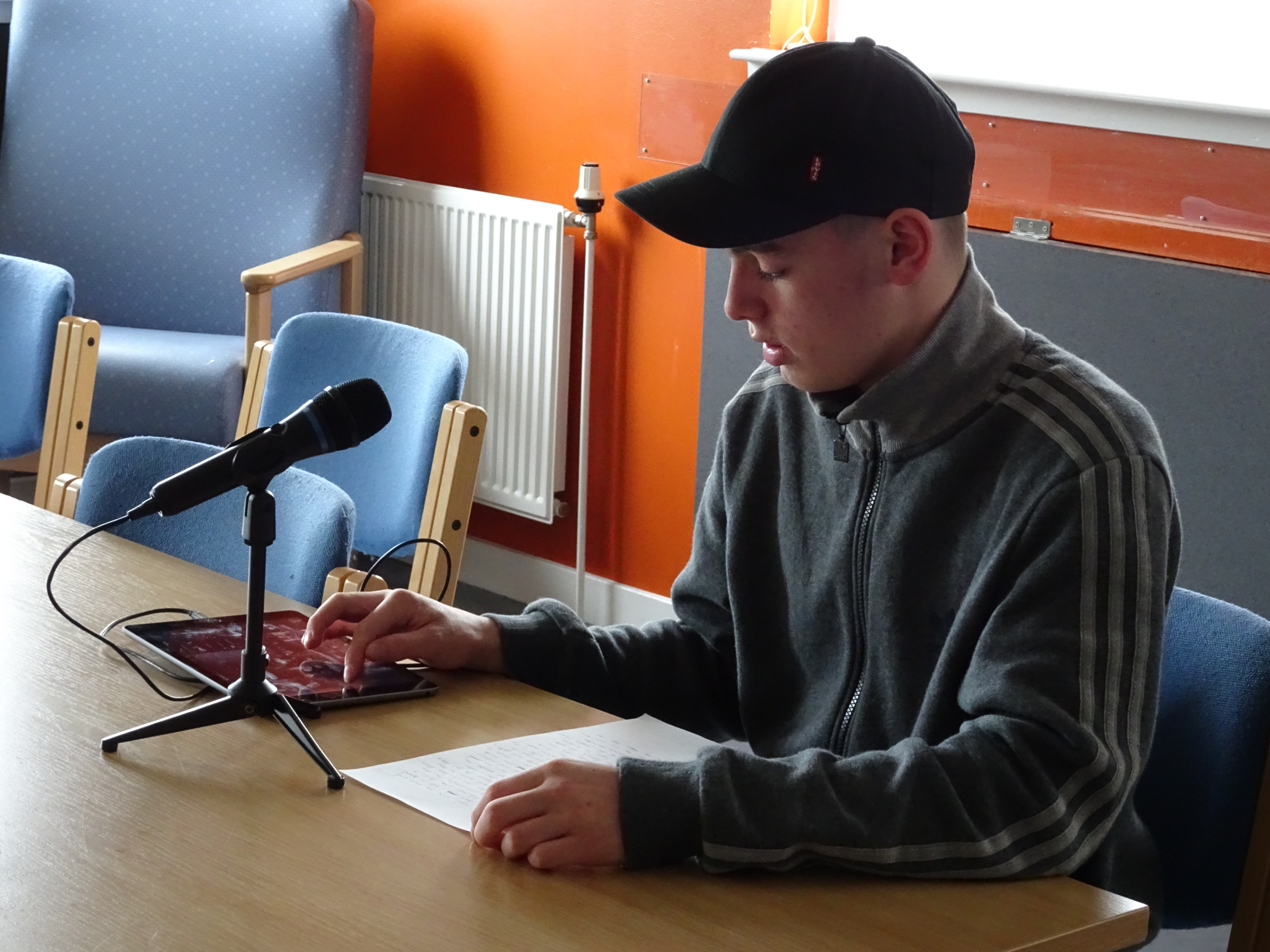 Recording a digital story with an iPad and microphone.