Bryum dixonii growing at its type locality. Although known from other sites in Scotland this is probably the first time it has been seen here since 1898 (a few shoots on the right are a different species, Anomobryum julaceum). Photo by David Long, the first to spot it (accompanied by Gordon Rothero, David Bell and the author).

Despite its internationally important bryophyte flora Scotland has relatively few truly endemic species (perhaps four), and even some of these have a rather ambiguous taxonomic status due to their uncertain affinities to more widespread taxa. Molecular data can be critical for confirming or rejecting species as distinct and can also sometimes uncover “cryptic” species that hadn’t previously been recognised (even cryptic endemics such as the Northern Prongwort, Herbertus borealis, recently  shown to be restricted to Scotland and distinct from the Viking Prongwort, Herbertus norenus). But what if one taxonomic species turns out to be two or more distinct biological entities, and the most reliable way to tell them apart (at least initially) is their DNA? If it ever became necessary to “split” the species which entity would keep the original name and which would be “new”? The type material is the arbiter in these cases of course – the individual specimen(s) designated as the reference point for the species by the person who first described it. This is just one reason why herbaria continue to play a critical role in modern biology, in a sense underpinning the whole edifice. Without a way of knowing exactly what a scientist was referring to when he or she used a particular name, you can’t know where in the stupendously and subtly complicated diversity of the natural world to look for that novel antimalarial drug or disease resistant crop. 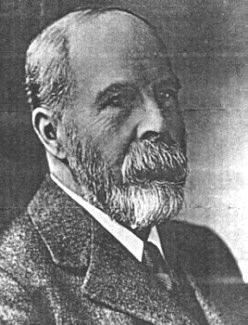 But type specimens are often too old to easily extract DNA from, or, given their importance, too small and delicate to risk trying. In such cases the best thing to do is to is often to go back to the precise spot where the original specimen was collected (the type locality) and collect it again. There’s a very good chance that this “topotype” material will represent the same entity as the original collection, or “holotype”.

On the 22nd of July 1898 H. N. Dixon, one of our most charismatic British bryologists, found an odd looking little Bryum in the bed of a stream on Ben Narnain in the Southern Highlands. This was later described by the French bryologist Jules Cardot as Bryum dixonii, and the species has mostly been considered to be endemic to Scotland ever since. It has subsequently been collected at a number of scattered localities across the Highlands but has always been rare. However, the picture emerging from the molecular data is suggesting a potentially complex (and as yet not fully resolved) taxonomic situation, so it’s critical to have DNA from a specimen that we can be sure is the “real” Bryum dixonii. As there had been no collections from the type locality since Dixon’s time, we determined to retrace his steps to see if his rather inconspicuous little moss was still there… The author pointing to one of a number of clumps of Bryum dixonii occurring on these periodically irrigated mica schist slabs. The first sighting (since Dixon’s in 1898) was by David Long on the rocks further down just above the overhang, where Pohlia scotica also occurs (photo by David Long).

And indeed it was – after some initial concerns that the habitat might have been altered during the last 120 years by vegetation changes and a water intake, we found a number of colonies of Bryum dixonii in scattered crevices on flushed mica schist slabs. As an unexpected bonus it was growing in close proximity to Pohlia scotica, another putative (and actually considerably rarer) Scottish endemic moss not previously recorded from the site. This record now represents the southernmost known location globally for Pohlia scotica. Truly a significant place for Scottish bryology!